HomeHeadlineMARCOPOLO-II NOTES: Monumentalism, ruins of the Roman Empire, and a childhood memory
HeadlineExperts

MARCOPOLO-II NOTES: Monumentalism, ruins of the Roman Empire, and a childhood memory 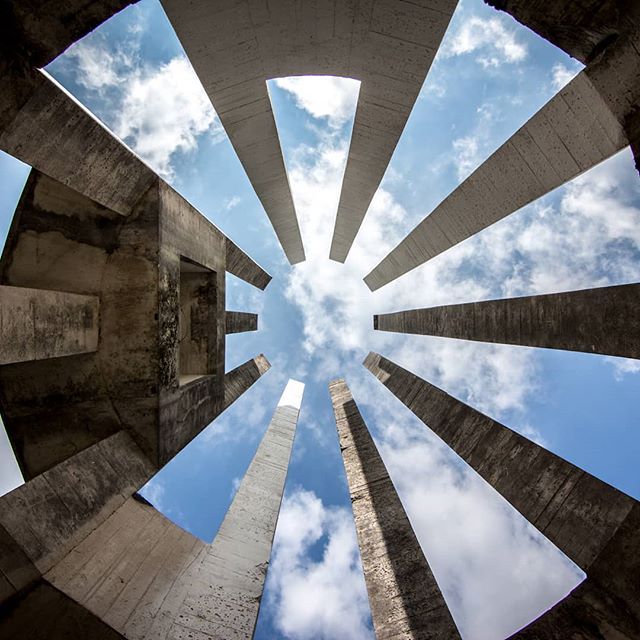 When I was a boy of nine or ten maybe,  growing up in post-British Malaya, reading the Sejarah Dunia an old copy of World History in the Malay Language, a copy I found in the attic of my aunt’s wooden house, a copy that became my bedtime story book, I was fascinated by the story of the founding of Rome, of Romulus and Remus and how they were nourished by a she-wolf and how the seven hills of Rome became the foundation of the Roman Empire which lasted for over a thousand years. The stories of old Malay kingdoms and the Malay kings did not interest me much. In fact, they bore me to sleep. I found the stories of world civilizations fascinating, especially of the Roman Empire.

There I was some 47 years later, amongst ruins that came alive out of the memories of a child’s intense reading of world history.

Standing in front of the Coliseum in a 101-degree end-of-July-scorching Italian heat, from the sun that’s ready to get hotter as we destroy Nature further, the name itself evokes memories of growing up and engaging with the name “Coliseum”. From the days of growing up in my village in Johor Bahru, thinking of a bed-bug-infested village cinema by that name, or one in town that showed endless Tamil and Hindustani movies of the seventies, to how Coliseum means a soccer stadium in New York City of my late 1990s, to how the “Colosseo” with its Italian origin is semiotically presented, my mind engages in the idea of “monumentalism”.

I was thinking of huge structures that tell stories of ancient civilization, embedded in them as the French philosopher Michel Foucault would say, the ideology of power/knowledge. “Panopticon-Synopticon,” the order of things, and the notion of the early evolution of “discipline and punish.” Of how empires are structured in body, soul, spirit, structures, and installations.

Standing in front of the Colosseo, I think too of the gladiators and how the early Christians were fed to the lions. The story of the powerful and the powerless and the society of spectacles.

Shelley’ poem and a rock song

I am then reminded of the poem “Ozymandias” when I was scanning the ruins of this once great empire that gave a lot to the modern world. The poem, by the great Romantic Percy Shelley goes:

I met a traveller from an antique land,

Who said—“Two vast and trunkless legs of stone

Half sunk a shattered visage lies, whose frown,

And wrinkled lip, and sneer of cold command,

Tell that its sculptor well those passions read

Which yet survive, stamped on these lifeless things,

The hand that mocked them, and the heart that fed;

And on the pedestal, these words appear:

My name is Ozymandias, King of Kings;

Look on my Works, ye Mighty, and despair!

Nothing beside remains. Round the decay

Of that colossal Wreck, boundless and bare

The lone and level sands stretch far away.”

“Nothing lasts forever but the earth and sky,” I said to myself, recalling a line from the lyrics of the rock ballad “Dust in the Wind,” by the American progressive-rock group Kansas. A reminder of the fate of empires, as Aristotelian logic too would dictate. “All and all we’re dust in the wind … “the song continued to play in my head.

Ottomans as memory too

My walk through the ruins was a good hour of going back to what I read when I was a boy reading history, and as an adult teaching about Western civilization and late Ancient and Modern World History. The span of these personal experiences gave me a better insight into what phenomenological inquiry means as I think of History as both a mirror and a cognitive location only meaningful if I am the one doing all the interpretations, essentially. Rome was a location of a faraway land I conjure images of greatness when I was a kid fascinated by “monumentalism,” and as an adult interested in how ideas build or destroy nations.

Rome to me was Romulus and Remus in the child’s memory, the seven hills, Caesar, Brutus, the gladiators, Greco-Roman statues, and how an empire became Christian. For a village kid, whose windows to the world were books upon books in English, of empires and myths and legends, picture books telling the stories of faraway lands, and of course the British empire as well, I too was fascinated.

And as a Malay boy running barefoot in the kampong, the Malay village where only chicken poop is in abundance everywhere, coconut trees adorn the breezy feel of things, nobody spoke English, and life was freer without the electricity, the internet, or the metaverse, I found the stories of colonizers inspiring, and figures such as Nero and Stamford Raffles fascinating. The story of the Roman empire was mesmerizing, as realism of escapism of a child’s existence. I too realized recently that on the radio, in the sixties playing in the background while studying with grandpa’s chicken-coop lamp, was not music from Arabia, but from Turkey of the Ottoman Empire. Later I realized how the sultan of Johor where I live was inspired tremendously by the old Turkish empire that arts and musical forms were brought in from Istanbul, perhaps beginning from the mid-1800s or the beginning of the Islamic-Johor-Malay empire.

Such, in the case of the Ottoman influence, is a hypertextual and heteroglossia dimensional of the transcultural flow of ideas, as the Russian cultural-linguist Mikhail Bakhtin would say. Or to be more accurate, the words that Julie Kristeva, a Bulgarian-French discourse theorist would use.

Thus, I’d say yes I suppose one can say that I was, as a child, happily colonized, mentally. I am fine with this notion of self-analysis too. That’s how the world has constructed me, psychologically and sociologically.

I see places as locations of self and philosophy, if one can find meaning in them, the connections from the “I” of the then to the “I” of the now, in the ability to make the strange and new familiar, and the familiar and the old strange again. This is what archeology and ethnography of the mind mean to me.

Rome wasn’t built in a day, and my consciousness and love for the study of how ideas build nations too were not. Each of us is a monument of memories in itself.

Until we too crumble.

Dust in the wind, next.