Metaverse?  and A Zuckerbergian Elegy? 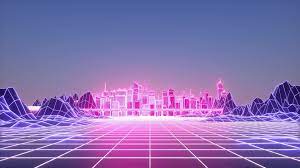 I wrote the word “METAVERSE” on my whiteboard today for my academic contemplation for the next few days and my lecture notes for my course Sociology of the Future. I then created a concept/mind map out of it. This topic — the fundamental character of technology and its human and social consequences is not new to me. Since I started graduate school ages ago, my research papers in political-economy have mainly centered around the issue of technological fantasy and reality and the so-called “Computer Revolution”.

My dissertation, submitted to Columbia University explored the concepts of cybernetics, hegemony, and utopianism as digital communication technologies are pushed to become the foundation of new cities, impacting spaces of knowledge and power. In 1987, I wrote a Masters essay on the political-economy and philosophy of the “Information Age” when the term was first coined. I explored the linkages between the idea of American reform in education during the Reagan Administration and the role of corporate-industrial complex in defining the terms and trends of the “Information society.” Now we have a new idea: “metaverse.”. It will be a word as common as “bitcoin,” “augmented reality,” and “AI” or “artificial intelligence” our children and grandchildren will breathe in daily. Like air. But what is it?

When Facebook decided on a name change a few weeks ago, I thought of it philologically and epistemologically. I started thinking about paradigms, the evolution of technology, evolutionary markers, political-economy, anatomy of autonomous technology, the reality of virtual reality, the locus of control of this post-post-informational-post capitalist world of digital materialism. I started thinking of the notion of a “new matrix”. Of course, the movie too. So, here I am, again back to another room in my own “metaverse” of academic musing. to contemplate on the next steps for these technological titans — Facebook/META, Google, Alphabet, Amazon, Apple, etc., and how we are to consume the ideology that has become more “frankensteinish” in nature.

I wrote these too as an endnote on that whiteboard in my classroom: “Is the metaverse anti-Renaissance, anti-Enlightenment, anti-Humanism”? In other words, how virtual and augmented must our lives be?

Below are my thoughts. I have a poem on this fantasy of ours too.

I continue to think about the next evolutionary stage we are at the verge of– “metaverse” as many an AI-VR enthusiast and promoter of technological fantasy have coined. We are in an age of continual diffusion, of the transcultural flow of ideas that are spreading like wildfire and dynamic, in a microbial-viralistic sense, shaping our cybernetic world.

But it is not only happening at the heavenly spheres of quantum physics or the world of Ethereum or blockchains or alternate or altered reality, of virtuality of post-informational capitalism of the production of “nothingness” such as the hype of a pair of Jordans sneakers one cannot wear because it exists digitally spun by the ideology of “NFTs” (non-fungible tokens”). Not these alone.

The metaverse is a world created so that the ideology of selling digital artifacts can take over the physical world and the speed of it is as blitzkrieg as the spread of the Mongol empire — brutal and merciless digitally, nonetheless, burning anything analog along the way. So that our children can spend more time with avatars in a virtual environment rather than spend time outside and stop often to smell the roses and have real conversations with real people, about real-life issues.

But speaking in the tone of Marxist-metaphysicalist angst, I ask: Can the world’s poor eat bitcoins? Or dogecoins? Or bite on Ethereum? Or munch on memes and hashtags whilst chained to the blocks of the prison-house of blockchain technology whose language only the editors WIRED magazine can understand? Or can the cybernetically powerless and alienated be happy momentarily transported into this “metaverse” created by the digerati-digigurus of the world of meta-this and that today?

A poem on metaverse?

Sometime in the Fall of 2000, while studying with Professor Robbie McClintock, philosopher of cybernetics and education and Columbia University’s technology strategist, a scholar on Rousseau and Education, who later became one of my doctoral dissertation advisors, I wrote the poem below, alluding it to the Malaysian new city of Cyberjaya as the location of this periphery of this metaverse empire that was emerging. A scream of consciousness, as I call it, it expressed my view of the advent of the “still-protean” digital technology then. “Then” was merely twenty years ago. Today is the nowness of the metaverse.

P H A E D R U S II
The Last Judgement of Thamus
Circa A.D. 2020
Lines composed near the banks of Hudson River, New York city
by Azly Rahman


Background notes: They say that there dwelt at Naucratis in Egypt one of the old gods of that country, to whom the bird they call Ibis was sacred, and the name of the god himself was Theuth. Among his inventions were number and calculation . . . and, above all, writing. . .. To [the king, Thamus] came Theuth and exhibited his inventions . . . when it came to writing, Theuth declared: “There is an accomplishment, my lord the kind, which will improve both the wisdom and the mentory of the Egyptians. I have discovered a sure receipt for memory and wisdom.” “Theuth, my paragon of inventors,” replied the king, “the discoverer of an art is not the best judge of the good or harm which will accrue to those who practise it. . .. Those who acquire [writing] will cease to exercise their memory and become forgetful. . .. What you have discovered is a receipt for recollection, not for memory . . . ( Phaedrus, 95-96)

And Theuth my inventor par excellence
What say you concerning educational excellence?
Of the methods and principles of teaching
Brought about by new technologies of communicating?

O’ Thamus, Wise King of Cyberjaya
Indeed our children will undergo Karma
Of one imbued with Dharma
Which will bring us all to Moksha
Karma is Rebirth
Dharma is Devotion and Duty
And Moksha is art of being one with Creation
Of which educational practice will assume a new reality

O’ wise King Thamus
We are witnessing the death of Papyrus
the demise of Gutenberg legacy
As we witness the birth of PERSONACRACY
deeply personalized form of postmodern democracy
In the brilliance of anarchy
To be cultivated with the media of blogging
By way of this ideology called PERSONACRACY,

O’ King
Our children, the true song of democracy they will sing
Of which the teacher will die a slow death
Like the first teacher Socrates
whose fate was a choice he once had
Our children will be Brahma, Shiva, and Vishnu
The Creator, Destroyer, and the One who Renews
Our children will make history and create Knowledge
Destroy paradigms
and like Vishnu, preserve what is old and what is new

They will be Renaissance men and women
In their mind neural connections will be made,
synapses will be woven
And the boundaries of the Real and the Imagined we can no longer ascertain
In this onward march towards Virtuality
Classrooms will cease to exist nor too the concept of teaching
The sage of Russia Illich
will be singing
In honor of this day when education means deschooling

For the sage Mandelbrot did once spoke
Of the patterns inherent in knowledge and wisdom
O’ Theuth my kingdom’s most honored inventor,
What say you of the blogger’s impact on the teacher?
One who holds the key to any civilization’s treasure
And who guards the principles of a moral character?

Wise King Thamus,
this is my conjecture:
My invention is Frankensteinish in nature
Aren’t we already at the end of history?
Wherein the Knower and the Known has no longer a boundary?
This technology will destroy authorities
Including values we guard with jealousy
Slain like the dragon in Beowulf’s story
Buried with Socrates and Dante Alighieri

A further elaboration concerning the death of authority:
O’ King, I call this an Age of Subalternity
In which we will witness the dawn of PERSONACRACY
Of which with the help of blogging,
the child constructs his customized version of democracy

O’ Theuth Master Inventor
Yours is a song of conjectures
For, can you as a creator
Be the judge of what good and bad
blogging will bring into our future?

My greatest apologies
Wisest of all Kings
Do you not remember that we are in the year 2020?
In which kingdoms have been crushed
under the weight of technologies of virtual realities?

And you dear king – are you not already ancient history?

You and your kingdom destroyed by technologies of Virtuality?

Till Digital Do Us Part

The Sufis once said God is closer to us than our jugular vein. But in the world of Zuckerbergian metaverse, we are already dead as digital technology consumed our beingness perhaps even before we were born. We are born into the matrix of complexities made even more complex by the language, jargon, slang, patois, and mentalese of the world of everything digital we have created.

But wait a minute, did I say “we”? A Freudian slip of metaversal proportion, I suppose.

No. The internet is a creation. There are agents behind it. And artifacts have politics. There are human agents and then human-machine agents and then as technology becomes alive as in Mary Shelley Wollstonecraft’s monster created by Dr. Frankenstein, it multiplies as in those “Agent Smiths” in the now-cult movie, “The Matrix.”  No—the metaverse is, too, a fertile ground for the highly advanced techno-creators who think like gamers and game developers. Who wish to only think about how to profit from technological fantasy. This is both Humanity’s pageantry and elegy. Because the creators of technology wish for us to die in style. All dressed us after amusing ourselves to death.

Welcome to the Metaverse.  And where are the Luddites?