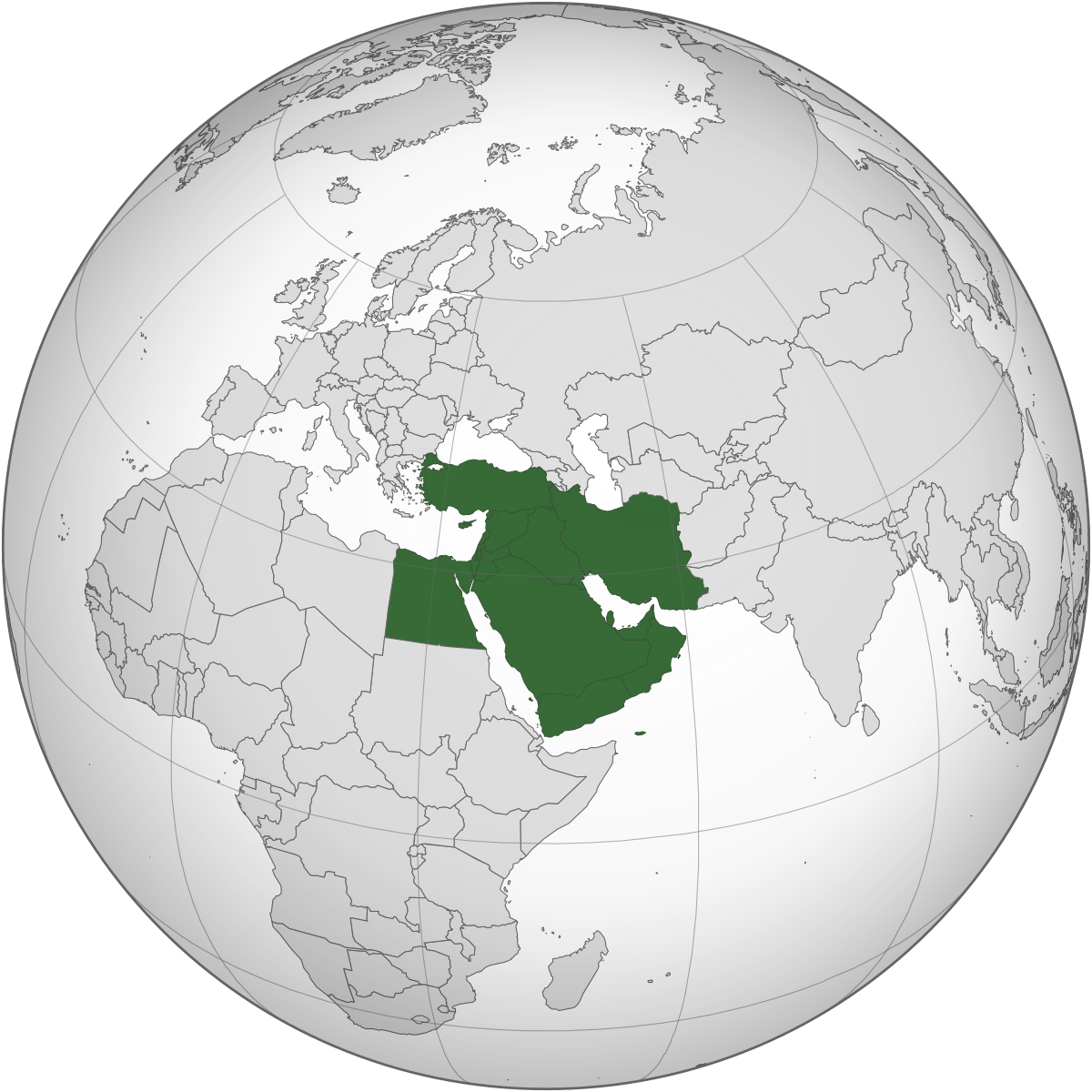 Those who did Chemistry at school will very definitely remember the litmus test for acidity or alkalinity in substances. Through observing what is taking place today in the world, where war can be likened to acid and peace to alkaline, what could hinder one from arguing that the Middle East, in the widest sense of a set of a region, best qualifies for this decisive indicative test?

And further scrutiny reveals as well that, in fact, this truth even goes beyond the test of time. It is traceable back to the days of Moses of the Torah, traversing Jesus’ good tidings of the New Testament to Prophet Muhammad’s (PBUH) God’s last revelation verses in The Quran.

The days of Moses depict an era of enslavement of Israelites by the Egyptian Pharaoh. By providence, Moses escapes death following the Pharaoh’s decree to throw, into the Nile River, all male children born of Israelites. Behind the scene hang fears for losing power.

Moses is bred at the Pharaoh’s Palace. He kills an Egyptian taskmaster he finds mistreating a fellow Israelite and flees to a desert to come back after 40 years to redeem his people on God’s orders. On the journey to the Promised Land, the idolatry Israelites receive the Ten Commandments handed over to Moses on Mount Sinai. This is in Saudi Arabia.

Jesus’ story reads about the same. After birth in Bethlehem, the family has to flee to Egypt on God’s order so save the child’s life following King Herod’s order to kill all male babies two years and below in the neighbourhood of Bethlehem. It is fears again for losing power at play.

One of the reasons for Jesus’ crucifixion was his opposition to the Roman rulers’ big lust for materialistic life, making Him an enemy of the emperor. He was betrayed by the very people whose dead he had resurrected, the one’s he fed miraculously when they were hungry and cured of chronic diseases.

Disturbed by Mecca people’s materialism and idolatry, Prophet Muhammad (PBUH) used retreat to a mountain cave where he fasted and meditated; going through a series of  indistinct visionary experiences he passed on to his tribe. These revelations were gathered, verse by verse, comprising the holy book of the Quran – today’s sacred scripture of Islam. He was also subjected to assassination threats from his own people of Mecca.

After a very quick flight through the times of Moses, Jesus and the Prophet Muhammad (PBUH), now consider the following two contextual sets on the present day state of world peace.

Just take another go at the members’ list; where do you find peace? In some cases, you don’t even find a single grain of it. Others are almost synonymous to war or internal strife pegged on ethnicity, political differences and even faith, which is diametrically opposed to any conflict in society.

In these circumstances, it is not an overstatement that when in search of world peace status today, reference to what is taking place in the Middle East remains the quickest reference point. If it’s not in Iran, Iraq or Saudi Arabia, it is in Afghanistan, Pakistan, Chad, Niger or Somalia and Sudan. It is in the Middle East and associated countries.

This is not a farfetched view. Right now, where are the world eyes and ears turned to? They are not in the direction of Washington or Moscow. They are in the direction of Iran, Saudi Arabia, and Yemen. Currently Syria and Turkey are hotcakes if civil wars and neighbour conflicts were a commodity.

On paper, the Cold War is over. But on the ground, it could be hotter than ever. The fall of the Berlin Wall could still be only symbolic. For, wherever a conflict brews, the Cold War’s big terminals – Washington and Moscow –will be in standby position; just like the vultures in the savannah plains of Africa.

The picture is such that in any one of such conflicts, they take the opposite sides. This time in Syria, Moscow has been is pro- Damascus and the Washington pro-Ankara. The sad aspect of it all is the failure of internal strife and civil war victim countries failing to come to grips with the machinations of war armaments mongers. Why have the leaders of the Middle East countries allowed their territories to be used as testing grounds for the world’s most fatal weapons?

In this case, what makes the Syrian government fail to question the Russian government intentions in the crisis if it also sells sophisticated ground to air missiles to the Turkish government, which is on the enemy side? Is it because this could amount to looking the gift horse into the mouth?

What makes the Turkish government fail to question Russia’s support to the ruler it is fighting against? What makes Turkey fail to understand why its ally in the Syrian crisis – the US – has literally abandoned it at the time when its input was critically needed? Why has Washington actually come to a stage of telling Turkey: “Now you’re on your own?”

Why has Turkey, in particular, failed to see what the rest of the world does? In what could be seen as a defiant stand, President Erdogan sort of uses the refugee problem as a threat to the European Union. He is also part of the problem. Can’t he sit back and assess his lot and take action? Or is it too late for him and his government?

Syria and Turkey are neighbours. What the world now understands as the Syrian problem is their problem. Do the two countries really need the presence of Washington and Moscow to address their internal differences? No.

If they want to know what the world thinks, messages that have been generated by the most recent incursion of Turkey into Syria should be enough to start from. There have been reports of some mortars fired by Turkey falling short of the target and hitting home areas inflicting unnecessary injuries – including killing the innocent.

There is need for Syrian and Turkish leaders putting aside personal or group interests in favor of the common good. Serving the ego cannot help. What is preventing the leaders from revisiting even what their common faith teaches? Which God are they worshipping? There is one God and He is for peace.

The Middle East has been a region of great Prophets. Down the history lane we realize that each prophet had a specific message to deliver. But they still had something in common. That is, God’s awareness. That is what is currently missing to the extent of the Middle East leaders forgetting themselves to the detriment of their countries with spillover effects to other parts of the world. Peace cannot be built by war. It is by dialogue and love.