More tears yet on Jerusalem walls 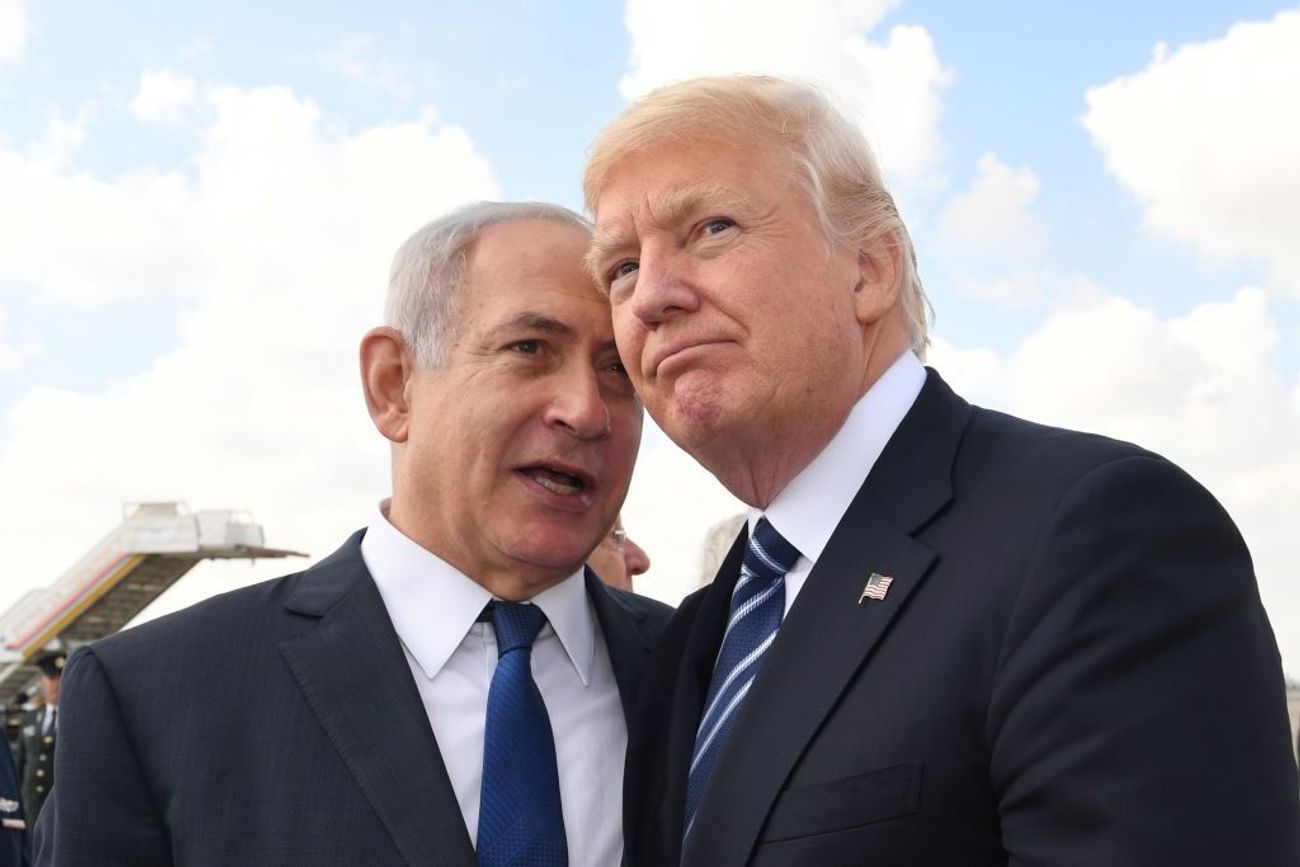 In Africa we say: “When you tell a lie, it does not take long to dawn.” In other cultures it is held that “lies have got short legs.” And on a more serious note –forget the God’s Ten Commandments — it is advisable that for one to remain a successful liar, one must have a very sharp and unfaltering memory. Short of that, you will contradict yourself. And nobody will trust your word.

In an effort to prove the seriousness he attaches to US-aligned policy of ending the global long and overdue Israeli-Palestinian conflict, 45th President of the United States, Donald Trump, sent a loud message to the world that in the set of sitting presidents, he was the one to make (Jerusalem’s) Western Wall and the Church of the Holy Sepulchre the first places to visit on his first trip outside the country.

He said this during a joint press conference flanked by Israeli Prime Minister Benjamin Netanyahu at the White House in Washington at the launch of what has been sold to the world as  his Israeli-Palestinian peace plan.

But alas! His statement was and, still is, a lie. What is recorded in world records is that the first stop on his orchestrated visit was not in line with the Palestinian-Israeli peace. Riyadh in Saudi Arabia was his inaugural stop. This was from May 20-22 in 2017. And his first foreign engagement was to sign a $110 million arms deal.

Peace is not processed with firearms. This principle worked only with the Romans, whose empire held: “Si vis pacem para bellum’ – meaning if you want peace prepare war.  It was thereafter on 22-23 that he visited Jerusalem and then on to Bethlehem, where he met Palestinian President Mahmoud  Abbas.

Here was the man, who could give a moving speech about the slaughter of Syrian children while at the same time prevent their escape with a travel ban. Could he this time behave differently on the fate of the Palestinian people with his “win-win”, “deal of the century” claims?

Against the good and recommended practice of avoiding blowing one’s trumpet, Trump says at the launch: “I was not elected to do small things or shy away from big problems.” The 181-page plan presented among lots of cheers and applause but “with no Palestinian support”, as one paper headline put it, reads uncomfortable to the critical mind.

“This is an unprecedented and highly significant development. Mr. Prime Minister, thank you for having the courage to take this big step forward,” Trump told Netanyahu.

In response, Netanyahu referred to this as an “exceptional “and “realistic path to a durable peace. This is a historic day. And it recalls another historic day. We remember May 14, 1948 because on that day President Truman became the first world leader to recognize the State of Israel.”

In summary, among other things, the plan talks of recognizing the vast majority of Israeli settlements on occupied Palestinian territory and the Jordan valley, which makes up about a third of the occupied West Bank, as part of Israel.

It paints a picture of a kind of Palestinian statehood but with no army, and overarching Israeli security control in some areas, including over the sea. It sets conditions like “complete dismantling of Hamas”.  Palestinian refugees lose the “right of return” to homes lost to Israel in previous conflicts. In a way it gives Israel most of what it had sought over decades of conflict while offering the Palestinians the possibility of a State with trimmed sovereignty. The White House called it “a demilitarized Palestinian state”.

It is said: “Vox populi, vox Dei – people’s voice is God’s voice. So what do the people say about the Trump’s peace plan?

Beneficiary Premier Netanyahu lauds  as “a great plan for Israel. It’s a great plan for peace”. You have been the greatest friend that Israel has ever had in the White House,” he tells Trump.

But whose peace plan was it?  The Palestinians were not even invited to the White House yet they were accused in the media for refusing to engage with it. In the circumstance, who really refused the engagement?

It’s the wearer who knows where the shoe pinches. Palestinian President Mahmoud Abbas criticizes the deal as a “conspiracy” that “will not pass. After hearing this nonsense that we heard today, we say a thousand no’s to (so-called) Deal of the Century,” he was quoted as saying by the media.

Hamas official in Gaza, Sami Abu Zuhr, described the document as “worthless. “Palestine will prevail, and Trump and the deal will go to the dustbin of history,” he said.

Former senior US State Department official, Nicholas Burns, says it “forfeits any presence of fairness and consigns the Palestinians to live as stateless people on their own land. It will deepen, rather than resolve this seven-decade conflict”.

Hezbollah, the Lebanese militant group, which has fought several wars with Israel, says it’s an attempt “to wipe out Palestinian people’s rights” and accused some Arab states of being complicit in a “deal of shame”. During the White House press conference, ambassadors of the UAE, Oman and Bahrain attended while those of Saudi Arabia, Jordan and Egypt abstained.

In a statement, Jordan’s foreign minister affirmed his country’s support for an independent Palestinian state based on 1967 borders with East Jerusalem as its capital and warned against “the dangerous consequences of unilateral Israeli measures, such as annexation of Palestinian lands.”

The Human Rights Watch in New York said the “long-moribund” peace process had become “a fig leaf for Israel’s entrenched discriminatory rule over Palestinians.” One blogger commented: “I am not against peace, but what is being talked about is not peace. Peace is not imposed on people.”

Maybe, one senior Palestinian Authority diplomat, Husam Zomlot put it better when he told TIME magazine that was a “conspiracy” for allowing Israeli annexation of Palestinian territories while “blaming the Palestinians for not riding a dead political horse.”

In the eyes of Senate Democrats this was just “one sided” proposal definitely very far from “the deal of the century but rather the “disaster of the decade”. Maryland Senator Chris van Holland called this a striking example of Trump’s “delusional hyperbole over reality… that would diminish the prospects of peaceful co-existence…” And he was right. When the plan was being released in Washington, Israel deployed military reinforcement in the West Bank, including the Jordan Valley. Fatah and Hamas called for “days of rage” to protest the plan.

Finally, names that have been attributed to it notwithstanding, could this be put forward as a Middle East peace plan because this is what matters to the region and the world at the end of the day?  A dip into the region’s sump reveals the crux of the matter being the conflict between Shia powers in Iran and their Sunni counterparts in Saudi Arabia.

This leaves any delivering address to the Middle East affairs with zoom on the Iran-Saudi Arabia conflict. The rest, to borrow from the scriptures, including Israeli-Palestinian peace, shall be added. The Trump plan is a non-starter except for more tears on the walls of Jerusalem.