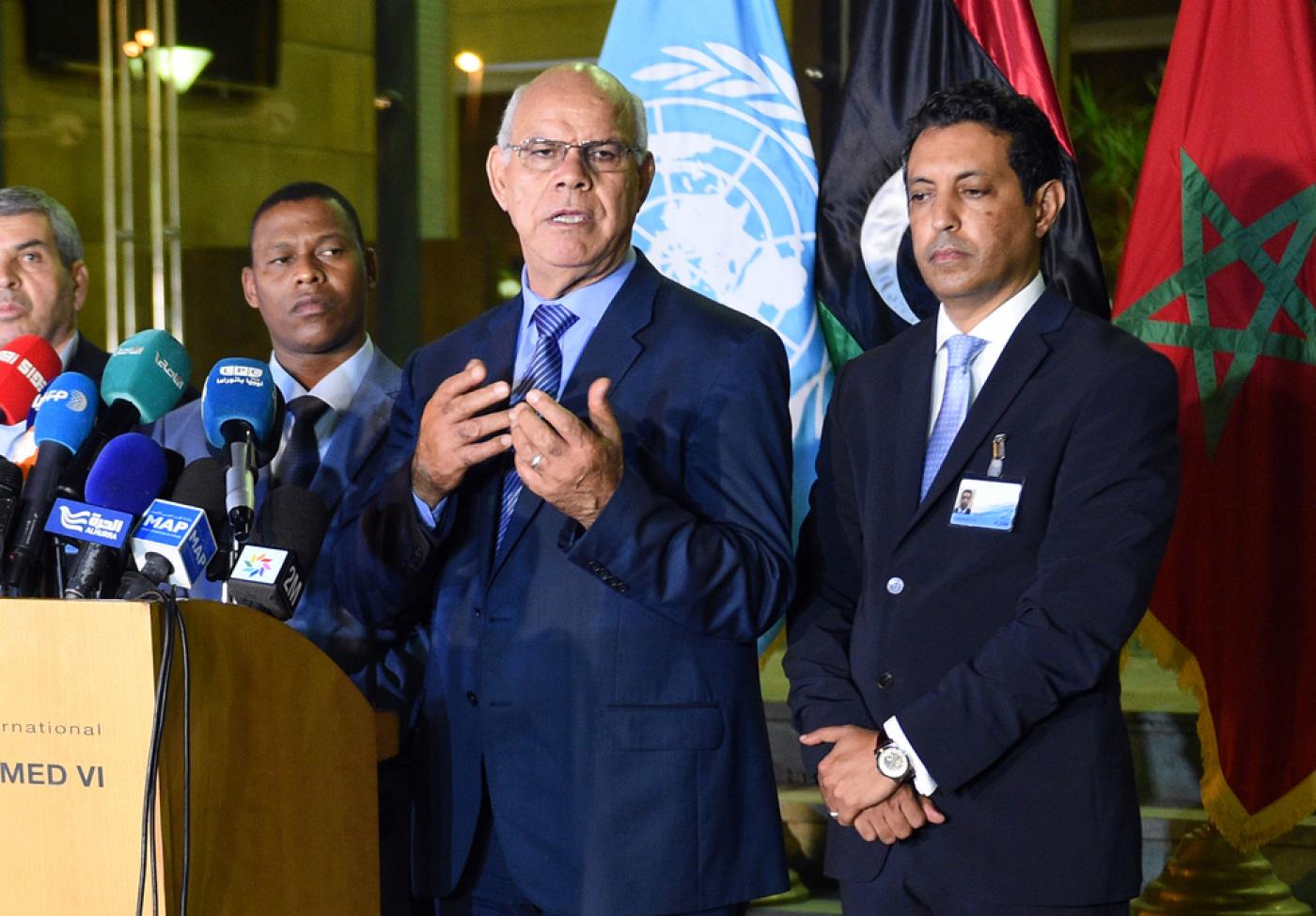 Morocco hosted Libya’s rival groups in the coastal town of Bouznika, south of Rabat on Sunday.  Following the recent ceasefire, delegates from Tripoli-based Government of National Accord (GNA) and eastern-based parliament headquartered in city of Tobruk have discussed the possible solutions to the ongoing armed conflict in the country.

Speaking at the opening of the Libyan dialogue, Minister of Foreign Affairs, African Cooperation and Moroccans Abroad Nasser Bourita emphasized  that, Libyan patriotism, the conviction that the solution can only be political and the confidence in the capacities of the Libyan High Council of State and the Libyan House of Representatives are three fundamental principles to solve the crises.

Minister Bourita mentioned that “Libyan Dialogue” initiative has been decided during

“The Kingdom’s approach, as specified by HM King Mohammed VI, is that the Libyan issue should not be a diplomatic issue or the subject of political dissension, but rather one relating to the fate of a brotherly Maghreb country, “with which we maintain a sincere fraternity and whose stability and security concern ours,” Moroccan Minister Bourita added.

Unlike many other foreign countries which involves proxy war in Libya, Bourita emphasized that “Morocco has neither an agenda, nor an initiative or path and it has never agreed to choose among the Libyans and put Libyan interests first.”

In 2015, Morocco hosted Libya peace talk which that led to the creation of a United Nations-recognised government for Libya. Rabat government continues to undertake initiative to find a political solution in Libya as Libyan High Council of State, Khaled Al Mechri and the Speaker of the Libyan Parliament, Aguila Salah also recently visited Morocco with the invitation of the speaker of the Moroccan House of Representatives.

Whilst Morocco’s Libya Dialogue was underway on Sunday, Turkish President Recep Tayyip Erdogan  had a closed-door talks with GNA head Fayez al-Sarraj in Istanbul. According to Turkish presidency, Erdogan stated Turkey will “continue to stand in solidarity with Libya’s UN-recognised legitimate government, and reiterated that Turkey’s priority is to restore Libya’s stability, without further delay”.