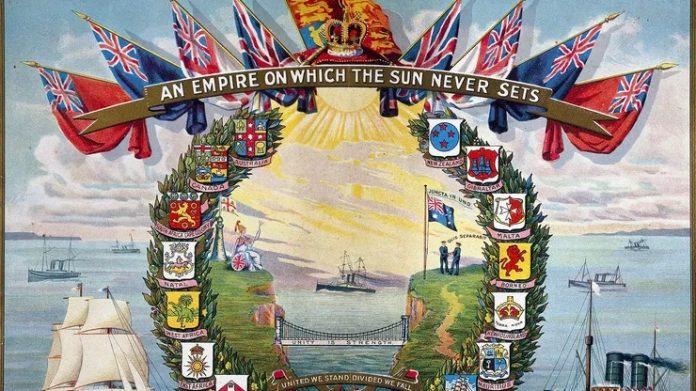 It is 19 September 2022, Monday. On this very date, last year, I was in one of my moments of deepest grief. It is the day I paid my last respects to Prof. Matthew Laban Luhanga at the Nkrumah Hall of the University of Dar es Salaam. I hold to high esteem this former UDSM Vice-Chancellor because of his appreciation for and taking action on opinion irrespective of the status of the source. That is, if he had bought it.

For example, signing “O” and “A” level certificates issued by the National Examinations Council and turning around to complain about the underperformance of university undergraduates or lamenting the inefficiency of the Tanzania media personnel in the absence of a commensurate university degree programme. He took note and acted on these aspects I talked to him about, although I am not an academician.

This date round, peoples of the world are being prompted by global media to stay tuned for the burial of the United Kingdom’s longest reigning monarch and head of the Commonwealth of nations in the name of Queen Elizabeth II. Excuse me for the “lapsus linguae”.  Or better stated, a slip of the pen rather than of the tongue –which ever you prefer. The royal word is internment. Aging memory? Even under customs of my tribe, the King never dies. The word is: “Kutahya”—contextual translation, to relinquish the throne. Similarly, the King is never buried. The term is Kubyalira – literal agriculture-related translation of the practice of transplanting.  In good agricultural practices, we transplant seedlings to grow, not to wilt and die.

On this day, I never left my home. I was literally behind the Queen’s running funeral story.  A Thomson Foundation and Reuters media ethics product, I am glued to the range of BBC live broadcasts. Where else?  I know BBC since the days of the Bush House. The figure of subscribers reads 12.7 million. BBC lives on the Monarch’sguarantee or Charter and has missed commemorating its 100th anniversary with Queen Elizabeth II by one month.  BBC was founded 18 October 1922.

No member of my family understands me.  I wish my 87-year-old Consolata Chezi, a retired teacher, were around to share the historic moment with me. Comments crisscrossing the globe about the Queen’s passing are divergent. Some recall the role of Britain in the tragic African slave trade. Others from the perspective of colonialism, which essentially comes with nothing positive for the colonized. I come across two very fascinating and contrasting stories of Nigerian King Attah Ameh Oboni, who chose to commit suicide instead of bowing to the Queen of England and President Kwame Nkrumah in neighboring Ghana being reported to be the first African to “dig it” (dance) with the very Queen in Accra.

Digging further, I learn that King Attah Ameh Oboni could not have chosen committing suicide if his internal enemies had not framed up a case against him that he was sacrificing humans. His accusers presented ‘the evidence’ of a chicken-blood stained cloth. He could not see himself being tried for that. On the side of Nkrumah, the glove-wearing Queen Elizabeth II had to put up with the experience of dancing with the African because the United States and Western Europe were scared stiff of Ghana playing into the hands of Russia. I recall at that time we in Tanganyika, then a British Protectorate, used to pray so that the world does not come under the Communists. The three incidents were results of conspiracy.

I was at home for the whole day. The only time I went out of the house was when I was called upon to repair a door of our chicken house. I even postponed my three-hour weekly Monday evening walk for health. After our evening family prayers, something more fascinating developed. Immediately after the news and weather forecast, we were given the Queen’s committal service hour. Immediately thereafter, grandchildren Nancy and Dave scrambled for remote control gadgets. Nancy landed on that of the TV Channels and Dave that of the screen. It was time for their favorite film series revolving around actor Othman and cartoons. The series are relatively safe for children.

Come the committal hour, I could read on their faces how cruel I am to force them to watch the Queen’s funeral. Who was she to them? Nancy is in Std. VI and Dave, Std. III.  I chose to switch to the option of using my handset screen and left for my bedroom. Their grandma sided with them.

As I watched BBC live, many things came to my mind. I remembered the second anniversary of the Coronation Day of Queen Elizabeth II. This was in 1955. I was attending what many these days would call English-medium school under the care of a Catholic Bishop from Canada, a member country of the Commonwealth, which the Queen was the head. It was more than a picnic day. We were ordered to put on our ex-Stockportwhite shorts and shirts uniforms. Barefooted, we lined up and marched in a procession to the Gymkhana Grounds. The Bukoba District Commissioner in the Lake Province was our host. The day was more than our usual monthly picnic occasions held at the pleasure of the bishop or the headmaster.

I remembered our secondary school days, preparing ourselves for the Cambridge Overseas Students “O” Level Examination. During these days we were also taught, among others, English table manners, lest we take soup in the ‘selfish’ French mode.

After watching the film, Nancy and Dave came to give their “Good-night-Babu” greeting to which I responded according to the English language. After they had left, I wondered what they would take my “O”-Level Cambridge and “A”-Level London certificates for?   I imagined: “What does a distinction in the Foundation of the British Empire and Growth of the Commonwealth mean when the story today in front of Queen Elizabeth II’s coffin reads: ‘The Fall of the British Empire and Disintegration of the Commonwealth’?   Suppose these grandchildren ask me about details of the Haya, Sukuma, Hehe and Ngoni chiefdoms and how they relate to the fight for independence?

“What does a distinction in the British Economic History   enabling me to know all about the Lord of the Manor practices and the First Industrial Revolution when the Haya feudal Nyarubanja system and their iron smelting which beat and preceded the European metallurgy knowledge remain exotic to me?” What would be my competent reply to the questions?”

Queen Elizabeth II is gone. We should celebrate her dedication to service and work to the last breath. Doesn’t it sound marvelous that at the age of 96, until 6 September to be exact, two days to her death, she was still working? Reports reveal that Liz Truss became UK’s new prime minister – the 56th in the line and third female — after meeting the Queen at Balmoral where she was asked to form a new government after the resignation of Boris Johnson.

By the way, with King Charles III on the throne, let’s not forget to change one word in the national anthem. Beware, it’s now “God save the King…” No longer the Queen. What remains is what the Queen’s passing spells for the Commonwealth and the monarchy.  For practical purposes, the British Empire is no more. The last colony, Hong Kong, was returned to China in 1997. However, there are 14 territories with a constitutional link with the United Kingdom under the British Overseas Territories (BOTs) or the United Kingdom Overseas Territories (UKOTs) system, which is not the subject matter of this write up.

May God forgive Queen Elizabeth II for her sins and those of the British Empire and reward her for dedication to service and work. Amen.

Share
Facebook
Twitter
Pinterest
Linkedin
ReddIt
WhatsApp
Flip
Previous article
Observing the soul at work: On the Birth of the Langkawi Installation of Sculptor Tengku Sabri’s Archelon through Rasa Jiwa (The Feel of the Soul).
Next article
Turkey: Syrians’ converging point of illusion and elusion?