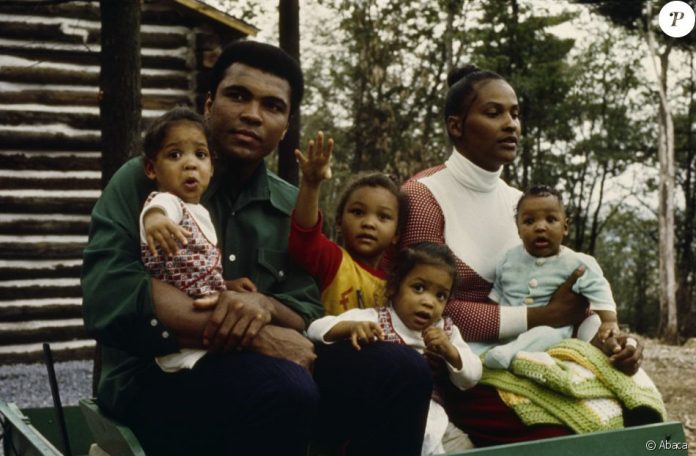 Dr. Khalilah Camacho Ali, the former wife of the heavyweight boxing champion Muhammad Ali Clay, visited the Nizamiye complex which is home to the largest mosque in the southern hemisphere and is located in Midrand. During her visit, she met with Turkish philanthropist Ali Katircioglu who built the mosque complex sharing many interesting and special memories.

“This is the most beautiful Masjid I’ve ever seen. You know, I even went to visit the Mosque of Muhammad Ali in Cairo. I mean, but this Nizamiye Masjid here is even more beautiful and tonight, they even lit up the minarets for me. I like those and it’s all my favourite colour; green…”

This is the first time that Ali has visited South Africa, and is here to work on a movie project with the US-based Hartquist Productions on the life of South African boxer Gerrie Coetzee titled ‘Against all Odds’.

She was also hosted as a guest of honour at an event co-hosted in Laudium on the 21st January 2022 by the ‘Minara Chamber of Commerce’ and the ‘Pretoria Muslim Women’s United Organisation’, an organisation that operates under a combined banner of all women’s groups in Pretoria involved in charitable and social welfare with a Muslim ethos.

Khalilah Ali expressed great joy at the opportunity to be in South Africa, a country that is home to so many great freedom fighters, Muhammad Ali visited Cape Town in 1993.

Asgar Mahomed, the director of the Minara Chamber of Commerce, who hosted Camacho Ali in Pretoria and Midrand, said: “We are working on producing a movie on South African boxer Gerrie Coetzee titled ‘Against all Odds’. It will be directed by Koos Roets and produced by Andre Scholtz and executive producers Menzi Thabede, Mahomed Akbar Khan and myself.”

Khalilah Ali spoke of the tremendous influence she had on Muhammad Ali’s early life. “Muhammed Ali was motivated by my activism and of how I acted around Muslims and conducted my daily life, the struggle for freedom, justice and equality.’’

“We went to Africa to fight in Zaire, under the leadership of Mobutu Sese Seko, while there I met the President, it’s an honour to meet any president be it good or bad. I am not familiar with all the politics of Africa, but I do know one thing, they were fighting for black power, black unity, and black equality”.

Khalilah Ali explained that she was brought up with African consciousness from an early age.

“I grew up under a leader in Chicago, and the leader of the Nation of Islam, formerly known as the Elijah Muhammad, the leader of the Nation of Islam in America, we were a nation within a nation. And we learned about Africa, we learned about slavery in everything in our schools, Muslim schools, when it wasn’t even taught in public schools in America. We studied that back in the 50s, the 60s when they didn’t have any black history at all. We studied out of the books written by Langston Hughes; ‘the black history’, ‘Pictorial History of them’, ‘Negro and America’”.

“I remember seeing Mr Mandela at his heroic peak fighting for justice in Soweto, and all these other places in Africa. I saw them arrest this wonderful man. It reminded me of the Martin Luther King era. And when we saw Mandela go into jail, he was a plump, healthy, young man, when he went to jail, and I knew this man is going to change the world. I just felt it because he was so young and so vibrant.” Khalilah Ali mentioned.