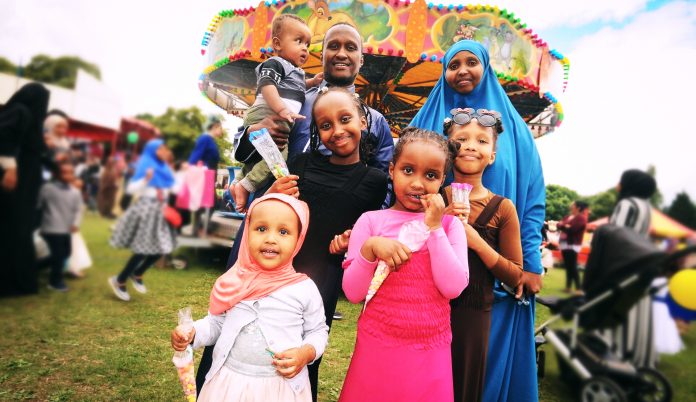 It’s 3-May, 2022, a Tuesday.  Tanzanians, in their near-60million numbers join Muslims around the world to celebrate the Eid el-Fitri Day, marking the end of the holy fasting month of Ramadan under the coordination of the government-recognized council, widely known after its BAKWATA acronym.

The situation on the ground, however, is that generally, every family is feeling the pinch of high commodity prices to have or a comfortable happy celebration. The blanket blame is tossed on a thousands of kilometers away “Ukraine war” consequent to the Russian invasion of that country. Whether this internationally ugly move belongs to the people of Russia or the person of current Russian Federation President Vladimir Putin, is not the point in question here.

I am a journalist and in doors on this day. This is irrespective of the fact that it is the World Press Freedom Day, Tanzania is hosting the Africa Media Convention and that I was among founder media executives to establish the Windhoek Declaration Media Institute of Southern Africa (MISA) Tanzania Chapter in the early 1990s, which is also not the point at issue for this analysis.

At about 80 years, although I cannot avoid updating myself on the hot running Ukraine story, my regular areas of interest include UN News Daily Wrap and MNT Medical News Today, without losing sight of WHO updates on the COVID-19 pandemic, which demands special recognition from all of us global senior citizens, in particular.

At around 11:00 local time (GMT+3) there are constant knocks at our gate, denoting someone in need of urgent response. I ask my wife to take quick action. She instructs granddaughter nicknamed Nancy: “Open the gate.”  Nancy replies: “I’m not properly dressed” (for opening the gate to a visitor) and she instead rushes inside the house.

Grandma goes to the gate. Opens it. Who does she find? Six children – boys and girls. “Eid Mubarak” their voices hit my ears in the likes of a hymn and silence ensues. Their mission, I know, is to get their traditional day’s present.  Nancy’s grandma comes back, leaving the gate open. Through the window I see the children step aside the gate. It is bad manners in Africa to block an entrance.

I ask her: “What is it?”  She replies: “Muslim children are asking for their Eid present. I jokingly told them I am Christian. They responded this is none of their business.  Jesus will reward me.” She goes inside, collects their present (some money) and takes it to them. “Thank you,” they respond to her in unison adding: “Jesus will reward you.” They leave, she closes the gate and comes back with a smile.

I put a supplementary question to her: “How old are they?”  “Under ten,” she responds and leaves be browsing on my mobile phone.

Their arrival was a sort of blessing. Though traditional, this time round it also inspired me to look in the direction of what is currently taking place in the world. I did not study theology, philosophy let alone. As a Christian, not a very good one I confess, my competence went only as far as religious (call it Bible) knowledge studies and it was for the sake of passing a secondary school examination. For this I had to read the entire gospel series according to St. Luke, three chapters from St. Matthew and the Acts of the Apostles.

But I still imagined: “At that tender age (under ten), how have these children come come to grips with the similarity of and difference between Prophet Muhammad (peace and blessings be upon him) and Jesus Christ (the son of Mariam in the concept language of the Quran?)  Did they also already understand the difference between faith and religion?

“Could this be a faculty of innocent minds, followers of the Prophet, living in a remote ward neighborhood, famous for leper living quarters (Vijibweni); in a remote across-the-channel (Kigamboni) Dar es Salaam City municipality on the western rim of the Indian Ocean in East Africa?

“If that is the case, what is the reason behind all that is happening today in the world? Why have scientists across the board, philosophers, theologians and moralists of all times on the whole failed to appreciate the universality of faith and the relativity of religion?”

Borrowing from elementary mathematics, so to say, faith is like the theorem and religion the application, which can be different but has to remain within the realms of the theorem. No room for amendments. This means that there can be no religion (application) that condones anti-faith modus faciendi embodying the likes of theft, murder, telling lies, adoring gods other than the Almighty – the only One, Benevolent, Merciful, Provider … Why then is this down-to-earth reality overlooked if not ignored in our everyday life, from individual to global levels, leading to untold disasters?

A live tourism industry delight experience came to my mind. Rock diving is a very good water sport exclusive for the daring and highly experienced ones for maximum satisfaction. But diving on the rock (as an alternative choice of the sport) would not only be erroneous but also stand chances of providing 180-degree negative experience like death. From where in life do these dangerous choices of the likes of diving on the rock originate?

The 2022 Eid el-Fitri festival house-to-house Eid Festival present mission conducted by six under-ten Muslim children in our smallest ten-cell grassroots community system irrespective of the occupants’ religion, thousands of kilometers away from Mecca, the Vatican or United Nations Headquarters in New York, was a mission accomplished worth sending a worldwide message.

The children’s mission did not discriminate against religion. Rather it served the purpose of Faith. So, in our little homes in an extremely humble unknown area, members of all Muslim and Christian denominations; Indigenous worshippers, Atheists, talked one language of the faith-based Eid el Fitri.  Age, color, political orientation, gender, wealth, poverty, education, profession or occupation, and even the accommodation type of the giver did not matter.

What can be learnt from the six-children mission is that where faith plays and is seen to play its role because it is the one that goes beyond the limitations of space and time and cause and effect, humanity will have secured a strong and delivering foundation cornerstone for building peace – the mother of all the good things man can enjoy on earth, happily waiting for the hereafter life, where nothing cannot be amended for eternal reward or punishment. Faith is the theorem while religion remains the practice, against which believers are rewarded accordingly. Thus, punishment is a reward for something badly performed.

Another thing we can learn from the six-children’s mission is the question of consistency and never giving up.  If they had knocked at the gate and left due to our delayed response, they would have missed their Eid present. It could have been mission unaccomplished.  Indigenous African knowledge has it that “egendage enywage” — meaning “theone (cow) that moves safely, drinks safely”. Patience pays.

The very last lesson is not hiding the truth from anyone for whatsoever reason. Always the king has to be told that he is naked. Short of that it will eventually be a shame to the throne, the right hand men and subjects. Look at what has happened subsequent to the Russian invasion of the Republic of Ukraine.  A total of 141 out of the 193 members of the UN General Assembly voted in favor of the resolution reaffirming the Ukrainian sovereignty, independence and territorial integrity. Why did the others hesitate to tell Putin that on this question, whatever his reasons, the move was naked?