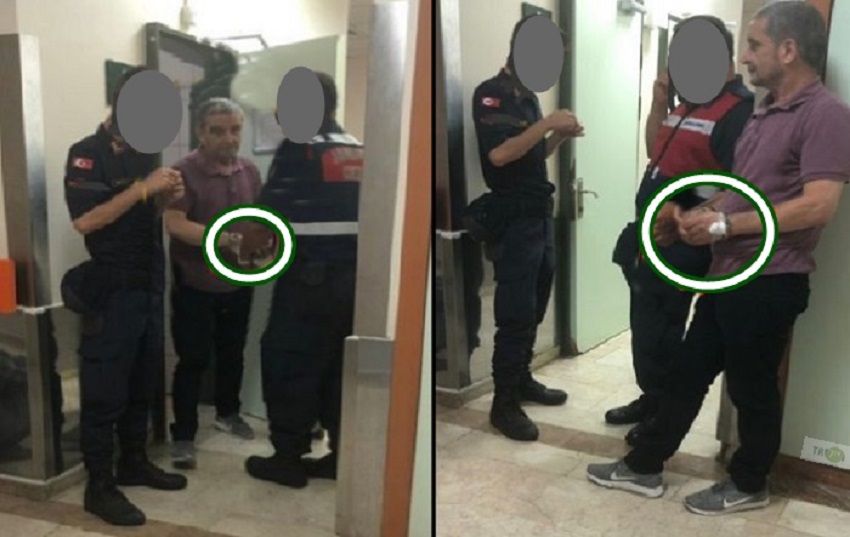 I was a University student when I first started to know him at the end of the 1980s. Thanks to his charming articles published on “Turkiye Gunlugu” (Diary of Turkey), the meeting place of the prominent luminaries of Turkey… The idea duel he fought against the socialist luminary Mehmet Ali Kilicbay was legendary.

We became friends with Mr. Mumtazer in a television program after years. We made a program together called “Endaze” (Measure) on Samanyolu Haber television channel. He became a constant guest in our program called “2×2” on Kanalturk TV.

We toured Turkey together for the 12 September 2010 referendum. He viewed this referendum very important on the way of democracy and human rights. Because he was the victim of the coups himself. He personally experienced tortures in Mamak Prison and he was the living witness of the “cage” tortures of the infamous period. He was talking about the officer who tortured and attacked him in prison when his mother visited him in prison as the most painful reflection of this period.

He said, “I ruminated on hunting this officer down when I got out of prison but then I changed my mind.”

And Professor Mumtazer Turkone is a victim of both periods…

Mumtazer Turkone, Naci Bostanci, and Mustafa Sentop were constant contributors to the Abant Platform. We were planning the meetings together when I was the general secretariat of the platform.

Today, Mustafa Sentop is the President of the Assembly, Naci Bostanci is the Deputy Speaker of the Grand National Assembly, and Mumtazer Turkone is in prison…

Tayyip Erdogan also opened the doors of prosperity to Mumtazer Turkone. He invited him to the party. He did not accept the deputyship offer. He had his district governor wife made a candidate. And he was one of the individuals who shaped the defense in the trial of banning AKP (Justice and Development Party) before the Constitutional Court.

He had been a scholar for many long years but his financial condition was limited. At one stage, he started teaching extra classes at the university in order to make a living. His biggest dream was to withdraw to a vineyard house close to Istanbul and continue his book activities.

One of the biggest advice given to me by Mumtazer Turkone, who wrote the history of Islamism through Jamal al-Din al-Afghani, was to read “Kisas-i Enbiya” written by Ahmed Cevdet Pasha. He told me about very bad struggles for power throughout the history of Islam when we were watching the ships passing through the Bosphorus in his small one-bedroom rented apartment in Istanbul. This was the reason he attributed great value to the book of Ahmed Cevdet Pasha. The history of Islam was a struggle between the scholars and sultans in a way and there were caliphs who had been suspended from their duty and blinded by probing. This was the struggle for “who will be the caliph and rule” which caused hundreds of thousands of people to die.

I took his advice and read the book of Ahmed Cevdet Pasha. It is a great work in order to understand what happened in this period.

Mumtazer Turkone foresaw the conspiracy of 15 July. He said, “Whoever resorts to it, it will help Erdogan to consolidate his power and prolong his stay in the office. ” He commented, “This will be very wrong for Turkey” on the articles about the possibility of a coup in the foreign press.

It happened just like he said. The scenario of 15 July happened to be a life buoy for the government, and it prolonged its life. I was not surprised when I heard stories from the people who shared the same ward in prison with Mumtazer Turkone. He was the one who motivated them, persuaded them to read books, read and wrote himself constantly, and still thought about the future of the country by saying “We are taking a rest here since there will be a lot of work when we get out.”

The only offense of Mumtazer Turkone is not paying homage to Erdogan like Prof. Naci Bostanci and Prof. Mustafa Sentop and not accepting his caliphate…

A scientist like him would have never managed to be like Naci Bostanci and Mustafa Sentop. Political prosperity never crossed his mind. While he was writing about Jamal al-Din al-Afghani and thought about the legacy of Ahmed Cevdet Pasha, he felt the pain for the following statement: “Let there be no similar sufferings for the Islamic geography.”

He was a moderator and reconciliatory in the panels and television programs we participated. However, he was also very brave and fearless. He had the courage of writing the book “Sozde Askerler” (So-called Soldiers). I cannot forget his joke about the “Fearless Ahmed” he told on multiple occasions:

Mumtazer Turkone is exactly the individual himself in this story he told… A fearless intellectual… And today, he looks at the so-called Islamists who try to scare him from the tombstones in white sheets just like the villagers.

Mumtazer Turkone wrote a book called “So-called Soldiers” and I hope that Allah (SWT) will allow him to write another book about the so-called Islamists.

I wish from Allah (SWT) to see Mumtazer Turkone, who entered the dungeon innocent, be released in peace just like Prophet Joseph. My biggest wish is to visit Mumtazer Turkone, who is also a great gourmet, with cheese from different parts of the world and may Allah grant me one more time to listen to his talks which are full of historical treasures…

Editor’s note: Professor Turkone, lost his father last week and he was not allowed to attend the funeral.