HomeExpertsMyth and the Danger of the Single Story: A close reading of...
Experts

Myth and the Danger of the Single Story: A close reading of Salman Rushdie’s Haroun and the Sea of Stories 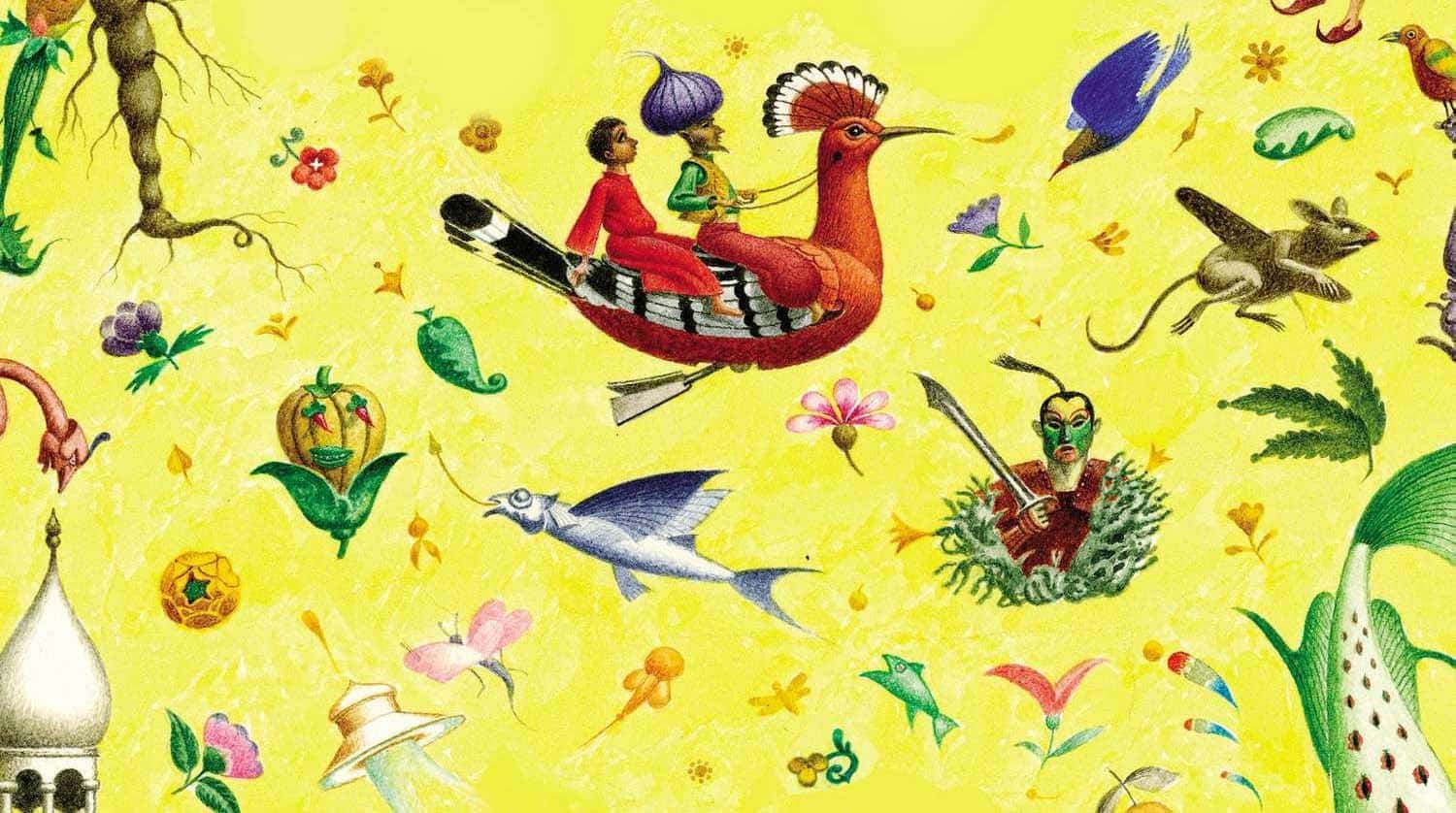 In my close reading of Salman Rushdie’s delightful work of magical realism, Haroun and the Sea of Stories, I focused on the philosophical seriousness, via characterization, of a work that reads like a fiction for young adults. Central to the novel, written in an easy-to-discern (Christopher) Voglerian 12-stage model of a hero’s journey, is Rushdie’s characterization of the key players in this great war of Grand versus Subaltern Narrative or the anti-foundational versus the foundational, and of critical dialogue versus controlling dogma.  It is a story about storytelling and how Rushdie deconstructed the most fundamental issue of today’s writing: the danger of the single narrative.

I propose Rushdie masterpiece, written after his controversial work The Satanic Verses, is essentially a critique of contemporary Wahhabi-Salafi-Saudi-and-Ayatollah-Khomeini-type of Islamism; a grand narrative of an ideology that is anti-story and counter-liberating to the celebration of multiple voices of the human experience, as well as an enemy of Liberalism and Humanism. The following instances in the novel suggest the theme of the author’s meta-story of the art of naming and story-telling. I will first provide its synopsis.

Salman Rushdie’s Haroun and the Sea of Stories is a story of a young man Haroun Rashid searching for ways to bring back his mother Soraya who ran away with his neighbor Sengupta. His mother, a terrible singer, could no longer stand living with his father Rashid who makes up stories for a living. She preferred “just the facts”. She eloped with the fact-loving-clerkish-skinny-looking Sengupta. (pg. 21) From the ordinary world of urban India Haroun and his father, a prized storyteller-in-the-service-of-politicians (somewhat like the role of the liberal corporate or State-controlled media in endorsing politicians,) journeyed into a land of phantasmagoric proportions, beginning with a bus-ride uphill to Dull lake. This story is reminiscent of the Sufi author Sheik Fariduddin Attar’s The Conference of the Birds (a story about Sufism and the journey towards self-knowledge and enlightenment) to battle the evil kingdom of The Chapwalas, ruled by “Khattam Sud” (a metaphor of “The Last Revelation,” The Final Word”, The Ultimate Truth,” or “The Grandest of the Grand Narrative,”) – to set his mother free.

Haroun the protagonist, riding the “mechanical bird” Butt the Hoopoe (pgs. 67) is a metaphor the vehicle of human imagination as it is used to battle dogma, embodied in the character of the antagonist and arch-enemy of “General Kitab””, the grand vizier of (Herbert Marcusian) One-Dimensionalism named “Khattam-Shud”. Rushdie deployed Haroun not only as a metaphor of the glory of the once-world-renowned and revered–center-of-Islamic learning of Baghdad at the time of the Khalifah Haroun Al Rashid (pg. 216), but as a literary device to launch an attack on the walled-fortress-cum-gigantic ship of dogma that was producing “poisoned stories” (pg. 160) choking the life out of the ocean of stories, of the ocean of mercy, and narratives of multiplicities. Butt the Hoopoe, a metaphor of Simurgh – the king of birds who led other birds on a search of the true self in Attar’s Conference of the Birds– functions similarly as the Hindu god of Flight and Imagination, Indra (or Inner Sensibility,) or the Greek god of messages, Hermes, bringing Haroun to places in the battlefield of ideas in a dystopic world of where “sad stories” are mechanically produced. (pg. 15)

Religious doctrines consist of sea of stories of sadness and salvation and how the soul can be saved in the complex matrix of soteriological paradigm of the fate of the Human Self. Rushdie characterized this notion of Khattam-Shud’s world as anti-story and anathema to the realism of the human experience (pgs. 159-167) I recall William Blake’s notion of the superiority of human imagination over the certitude of dogma as he wrote about the senses five and the power of the sixth sense of human imagination in his poem The Marriage of Heaven and Hell. Through Haroun’s collaboration with the mythical-mechanical bird, “Butt”, the notion of grand narration to be waged war against, until storytellers are liberated and the oceans are cleansed of the poisons of the single narrative.

In fighting dogma, it is the “General Kitab” that became Rushdie’s anchor point in his characterization of the semiotics of Liberal-Humanism in this great war with Ideology. The Arabic word for “scripture” is kitab and the general scripture signify, as I read it the sum total of the works of human creativity through the millions and billions of stories weaved from Time immemorial. Stories are what maketh the Universe, as Joseph Campbell might say in his study of myths and the structure of monomyths, making the world an ocean of stories. Essentially it is broad-based liberal education, framed by the foundation of “general kitabs/scriptures/great books,” I believe make the human mind alive and living in a sea of stories, rather than sad and gloomy living in a poisoned ocean of anti-stories filled with glum fish, in a land called Alifbay (pg. 15) or Alif-Ba-Ta or AlphaBeta or the Alphabet or in a land in which Creative and Critical Literacy reigns as how it ought to be. I believe this is another point made by Rushdie in deconstructing the reality of today’s ideological sensibility.

More examples abound in this engaging story of humorous proportion yet its hermeneutics can be applied to the study of the hegemony of the one-truth, all-encompassing, imperializing dogma inherent primarily in all mono-theistic religions — of those creations of Man, through the work of the priest-class, that hates the progress of innovation and creativity in human literary evolution.  A key passage from Haroun’s story exemplified the importance of critical dialogue and the battle for ideas in order for a Marxist-type of dialectical-materialism to occur, as in the scene of the Guppees preparing for war with the Chupwalas:

The black-nosed Chupwala army, whose menacing silence hung over it like a fog, looked too frightening to lose. Meanwhile the Guppees were till busy arguing over every little detail. Every order sent down from the command hill had to be debated fully, with all its pros and cons, even if it came from General Kitab himself. … the Pages of Gup, now that they had talked through everything so fully, fought hard, remained united, supported each other when required to do so, and in general looked like a force with a common purpose. All the arguments and debates, all that openness had created such powerful bonds of fellowship between them. “(pgs. 184-185)

Such is Rushdie’s characterization of the importance of critical sensibility in bringing minds together – the essence of unity in diversity in a living democracy.

In conclusion, in deconstructing Rushdie’s notion of stories, the foregoing brief examples which barely touch the outer-crust of the layers of philological-philosophical depth of the author’s critique of Islamism ala’ Khomeini-Wahabbi Foundationalism, I proposed instances in which the author used names that signify the larger problematique of the art, science, and aesthetics of storytelling. Rushdie’s Haroun and the Sea of Stories is not just a simple and immensely entertaining children’s story but a complex notion of conceptual confrontations cast in a world of consciousness of the importance of the celebration of human creativity through story-telling as an ancient enterprise of cognitive rejuvenations. It is about the need to celebrate the depth, breath, and the magic of multiple narratives to opposed the grand march of the hegemonic single-story jihadism.  I end this brief close reading with a line of on an important philosophical argument between Haroun and his arch-enemy Khattam-Shud, the Author of the Ideology of the Single-Story Narrative, signifying the theme of the story:

“But why do you hate stories so much? Haroun blurted, feeling stunned. “Stories are fun

The world, however, is not for Fun, Khattam-Shud replied. The world is for Controlling.” (pg. 161)