Nato, West in dilemma over Ukraine due lack of grand strategy 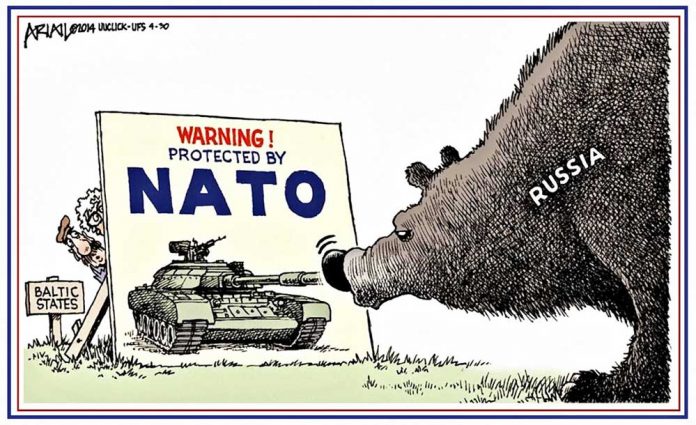 Although Russia is the power with troops and tanks on the ground in chaotic Ukraine, that chaos is increasingly becoming more a problem of the West rather than that of Russia.

The mighty West, with its Nato military wing, has refused to intervene militarily despite Ukraine’s pleadings. After three weeks of ‘un-engagement’, the West has rotten eggs on its geopolitical face because it failed to live up to Ukrainian expectations.

Ukrainians have fought the Russians hard, are suffering and crying for real military help rather than symbolic statements of toughness and sanctions on Moscow. Russia is not in a hurry to withdraw without good reasons. It is up to the West to give Russia good reasons while extricating itself honourably from Ukraine. Balancing honour and security is Ukraine’s Western dilemma.

The West is in trouble partly because it ignored basic principles of ‘grand strategy’ that require policymakers to consider likely negative consequences of their actions. Often ignoring the consequences while concentrating on what temporarily looks attractive, placing self-idealism and ‘missionary’ zeal over the reality of potential victims, they later regret and wonder how to get out of the quagmire they plunged themselves into.

The endings are usually not pleasant as happened to American and Nato ventures in Iraq, Libya, and Afghanistan. President Barack Obama’s biggest mistake, he later admitted, was to go into Libya without considering the consequences; he had no grand strategy unless bombing Libya into stone-age was the objective.

President Joe Biden committed a worse blunder than Obama by seemingly encouraging Ukraine to ignore Russian security concerns that Nato expansion threatened Russia. Behaving like a modern Rome, the hubris of Cold War victory egged some Western policymakers to think like Roman SeNator Cato and try to create a Carthaginian outcome on Russia. This was despite numerous strategists from the US, UK, and Australia repeatedly warning Nato not to expand into Eastern Europe because expansion would force Russia to react in perceived self-defence.

Despite the repeated warnings of the dangers of Nato provoking Russia into action, the West chose to blind itself to geopolitical realities. The mess in Ukraine is the predicted consequence. Although the West seemingly controls the global narrative, it is also lost because it lacked ‘grand strategy.’

Ukraine ended up as big power playfield partly because it ignored its own geopolitical environment and imitated the West. Disappointed in the West/Nato failure to deliver on the implied defence promises, Ukrainian President Volodymir Zelensky begged Nato for military help, including imposing a ‘no fly over’ zone in Ukraine. He received some ‘sanctions’ on Russia, some guns and money, recruitment of mercenaries, and US Senator Lindsay Graham suggesting a Putin assassination.

An angry Zelensky dismissed Nato and the West as cowards and then went on to tell Putin he was ready for compromises. Zelensky’s tragedy, therefore, are his two failures. First was his failure to appreciate Ukraine’s geopolitical realities and second was failure to develop ability to anticipate negative consequences of wrong policies. He had no ‘grand strategy.’ The failures trapped him, like Nato/West, in violent encounters that should never have arisen.

Although Ukrainian fiasco has dislocated global economies, attention is on geopolitical brinkmanship between Russia and the West. Honour and security are at stake. Ukraine’s appeals and disappointments put the West in big dilemma since the West does not know what to do.

The West loses face due to its inability to provide the implied ‘protection’ to Ukraine. When the West/Nato prodded Ukraine to ignore Russia’s security concerns or vital interests, it fixed itself and it is now in dilemma.