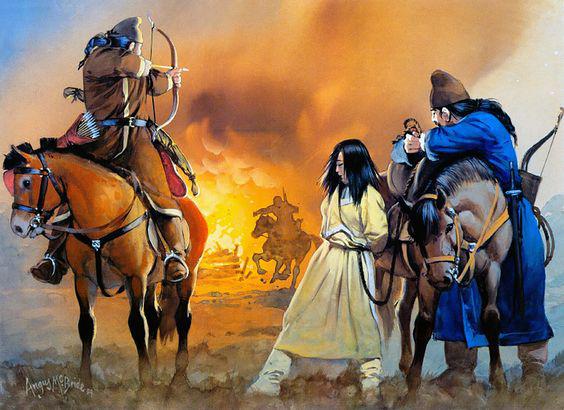 History has been used as a tool by the nationalist political elites and for their vision towards a government model they envisioned that focuses on nation-building for over a century since the Unionists (Union and Progress Party) in Turkey. The monotype, uniformitarian Turkish supremacist identity that refers to racial and ethnic origin and built on this history thesis has been a cornerstone that was imposed on society from kindergarten to university throughout the entire education system without interruption and undergoing a single change. The school curricula, state radio, and television (TRT for many long as the only channel) played a crucial role towards identity formation by designating the socialization process.

This history thesis was built on the ideology that Turks form the vast majority in Anatolia and the rest of the minorities such as Kurds, Jews, Turkish Greeks, Armenians, Assyrians, Arabians, Bosnians, Circassians, Romans, Gypsies, Daghestanis, Chechens, Lazis, and Georgians, who obviously do not belong to the Turkish race or ethnicity, must be delighted for their Turkization.

The following presupposition is the touchstone of the Turkish history thesis: “Turks who moved into the Anatolian peninsula as a result of a great mass migration and settled in this underpopulated piece of land that enabled them to be the dominant ethnic group and thus bringing the geography politically under control.” In other words, the Turkish history thesis dictates that Turks aggregately migrated into Anatolia from Central Asia and therefore Anatolia was Turkicized. Further to this touchstone, it states that the “proto-Turks” had migrated into Anatolia in the ancient period way before the 11th century. Although it cannot provide any evidence, it argues that “Turks are actually Anatolian natives” and tries to dilute the opinion that Turks arrived in Anatolia at a later stage. As a third stream, they are trying to “prove” that all nations are Turkish descendants with fabricated and frivolous arguments such as “Sun Language Theory” that was brought forward during the time of Ataturk. None of these three assertions coincide with the findings of historical, archeological, anthropological, folkloric, or musicological disciplines. Furthermore, they are also confuted with the DNA researches that provide very definitive results about the ethnic movement of migration today.

The purpose of the Turkish history thesis is to throw light on the Turkishness of Anatolia in order to support the Turkish nation-state that will be established in Anatolia with strong arguments. However, therein lies the rub: (i) The tangible evidence about Turks can only date back to the 11th century. (ii) The historical and archeological traces of the civilizations that are way more ancient than Turks in Anatolia leave no room for any kind of doubt and are also known by the international social science circles. (iii) The existence of the people who lived/live in recent history and today clearly confutes the Turkish history thesis. (iv) The migration researches which benefit from the DNA researches indicate that a very little percentage of Turkophones (people who know native Turkish language) had any connection with the people that have Central Asia origins, and actually had an ethnic composition dominantly of Greco-Roman and Anatolian (ancient Anatolia, Armenian, Turkish Greek, Assyrian, etc.) origins, and also Caucasian, Middle Eastern, Balkan, or East European origins to a lesser degree. The Central Asia origins of Turkophones are marginal.

This endpoint, in other words, the determination of the migration history of the Anatolian people through the results of genetics has been very devastating to the Turkish history thesis. Because providing that there had been a mass migration from Central Asia into Anatolia and the Anatolian population has been Turkicized for 900 years between the 11th and 21st centuries, the vast majority of the genetic structure of the living population today must have Central Asia origins. However, as I have stated above, the DNA analyses indicate the exact opposite. In other words, an individual who receives a DNA test actually sees that a very low percentage (changing between 0-20%) of the DNA signals to Central Asia origins.

What does this mean?

This means that the “genetic or ethnic Turkishness” concept imposed on the people by the Turkish history thesis does not reflect reality. This was already the truth accepted by sensible local historians such as Halil Inalcik all along the line. Furthermore, Western Turcologists, historians, and archeologists have been writing that the Turkophones in Anatolia are mixtures of Anatolian natives and immigrants from Central Asia.

So, providing that the number of people coming from Central Asia was marginal, how did the Turkish language become dominant in Anatolia? At this point, we need to talk about the Dominant Elites a little bit. First and foremost, all of the human communities throughout the entire history changed religions and languages, meaning their identities relatively swiftly. That is why it is difficult to exhibit any kind of ethnic origins through religion and language. For example, Bulgarians, who were not Slavs in history, were Slavicized linguistically. The ancient Egyptian natives were Islamized and Arabicized linguistically after they came under the rule of the Arabs politically. The same situation is valid for North African natives. Another example is the South American natives when they were assimilated linguistically after falling under the influence of Portuguese and Spanish. The examples are endless. The common trait of each of them is the fact that the linguistic assimilation taking place subsequently to the political takeover. The group that is few in numbers but manages to take politics and military under control imposes its religion and language to the weaker group that actually forms the majority. The natives in a region that is either conquered or subjugated adopt the language of the conqueror. The language of the palace including trade, military, and bureaucracy becomes dominant. The dominant elite minority starts exercising power over the majority who are not dominant. The longer the political control exists, the more inclusive the linguistic assimilation gets.

That is what happened in Anatolia. Even though the militaristic-political group that speaks Turkish was a minority, they caused Anatolia to gradually Islamize and linguistically Turkify due to their dominance (statification). In the meantime, the descendants were mixed into the natives through marriages.

This is the wrong part of the Turkish history thesis. But what about the ethical and political extent?

In respect to ethics, how accurate is it to accept Turkophones as Turks in terms of racial-ethnic sense? Aside from the fact that it is a fascistic approach on its own to predicate being a nation on racial background, shouldn’t we say that it is morally wrong to impose the people, who have a very nominal connection to Central Asia (meaning Turkic origins), with an argument that dictates “you are ethnic Turks”? Furthermore, the same imposition is being reflected on the people whose native language is not Turkish through the “how happy is s/he who says I am a Turk” rhetoric and these people are being forced to adopt the language and culture of Turkish ethnicity. Shouldn’t we criticize this? Why should the Kurds accept themselves as Turks? Why should they be forced to speak Turkish, name their children with Turkish names, and accept the Turkish culture? Why should they state “I am a Turk” while Turkishness is not a supra-identity but a name of the ethnic community?

A new history thesis is needed today. The initiative of generating this history thesis should not be in the hands of the political authority. The political authority tends to build the identity inside the history, belonging, and state triangle in Anatolia. Whereas the history of Anatolia must be rewritten without political expectations. This history cannot be based on aggrandizing or completely ignoring any ethnic group. The new history thesis should explain what actually happened; not what was supposed to happen according to somebody. I am talking about a perception of history that views the entire Anatolia history as our own. We need a perception of history that is peaceful, equalitarian that adopts brotherhood of people away from any kind of racism, and covers 10.000 years of history of Anatolia, and emphasizes belongingness to Anatolia instead of an ethnic identity that is built on a Turkish-supremacist, racists, and fascist history thesis that dignifies the war and conquest achievements. An inclusive history where all of the societies that have the same geography, culture, cuisine, folklore, archeology, and above all, the same genes are cherished and accepted as pieces that make us who we are without being neglected! Creating this history with a civil initiative is vital for future generations to live in peace.

I hope that this article and other articles I have written about identity and Turkish history thesis will be a starting point and pave the way to other articles and discussions on this subject.