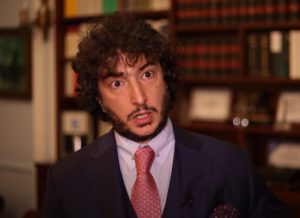 The hate speech against the Gulen Movement is a norm in Erdogan’s Turkey since 2013. Cursing the movement has long been the magic key opening the career doors for some in Turkey. Millions in Turkey are profoundly affected from the mobbing, insults and social ignorance, especially after the faux coup attempt in 2016.

While Erdogan as president has orchestrated these character assassination campaigns in Turkey, he has also appealed to the Turkish expats especially those in Europe to spew hate as it is done in their home country. Participants of the Gulen Movement are harassed publicly in the European streets, hindered to enter the mosques, and troubled in myriad ways to satisfy Erdogan’s ego. Several Turkish expats were penalized by the European courts for harassing the participants of the Gulen Movement.

This is the same in the United States, too. Participants of the Movement are categorically accused and bullied by those who share the same toxic fervor with Erdogan based on nonsense allegations and slanders. Lately Gönenç Gürkaynak, an Istanbul-based lawyer also registered with the New York State Bar Association (NYSBA) besides several European bar associations, was inquired by the NYSBA for using the derogatory term ‘FETO’ used by the incumbent regime in Turkey to label the participants of the Gulen/Hizmet Movement as terrorists. It is gleaned from his Twitter post that Gürkaynak commented “In my defense to the NYSBA, I said, ‘while no one used to call it ‘FETO’, I used to do that.”

Gürkaynak is under inquiry because of his tweet in which he wished the participants of the movement were burnt and extinct. This is a clear call to inflict genocide upon a group of people, but he absurdly defends himself as ‘I meant movement’s members to withdraw their hands from Turkey.’ As a prominent lawyer with a seemingly famous international presence, how could he not distinguish the difference between fascism and freedom of speech?

It is not clear yet what NYSBA concluded in the inquiry against Gürkaynak but there is a great outcry against him on the social media for calling the legal US residents as terrorist. Worse still, his absurd defense by dubbing innocent people as terrorists does not hold. Many make a call to the NYSBA for the revocation of Gürkaynak’s US attorney license.

In a thread of tweets, Dr. Yasir Gokce (@yasirgokce) dissected Gürkaynak’s statements and stance to provide a closer look into his defense. The tweet thread revealed more discrepancies in Gürkaynak’s statements and how he tried to pull wool over the inquiry committee’s eyes to conceal his violation of the New York Rules of Professional Conduct, alluding that the committee is warrantless to conduct an inquiry about complaint. While claiming in his statement that he was sued for using the derogatory term ‘FETO’, Gürkaynak presented his defense on having expressed an overreaching remark that demanded the extinction of a community by burning.

Moreover, the expression meaning “While no one used to call it ‘FETO’, I used to do that”’ does not exist in his defense. Unbecoming a jurist, he espoused an oppressive and fascist discourse claiming he had declared a conservative community in Turkey a “terrorist organization” with no court decision or even a security document, and long before others. Another discrepancy in Gürkaynak’s ideologically-driven statement is his 2015 interview in the daily Zaman – a publication of the Gulen Movement which was Turkey’s largest-circulated daily before its seizure and closure by the incumbent government – stating that the judiciary in Turkey was free when the participants of the Gulen Movement were claimed to be calling the shots and that this freedom was later on curtailed by the powers that be.

In light of his past stance and expressions, he gives the impression to have viscosity towards power hubs and class consciousness inspired by Kemalist supremacy which seems to be serving the interests of the incumbent regime in Turkey. Must be due to his legal prowess, stark discrepancies exist between his personal defense to the NYSBA and the clarifications he made on social media. It would be an insult to intellects to claim he does not know what he talks about while trying to manipulate the NYSBA and jurists by playing the victim card, but all is clear and obvious. Calling legal US residents and citizens as terrorist should not be left without punishment, contrary to what he thinks. It is time to wait and see what the NYSBA will decide about Gürkaynak.