Of raw data drenched In Cold Blood: The craft of Truman Capote as Grounded Theory 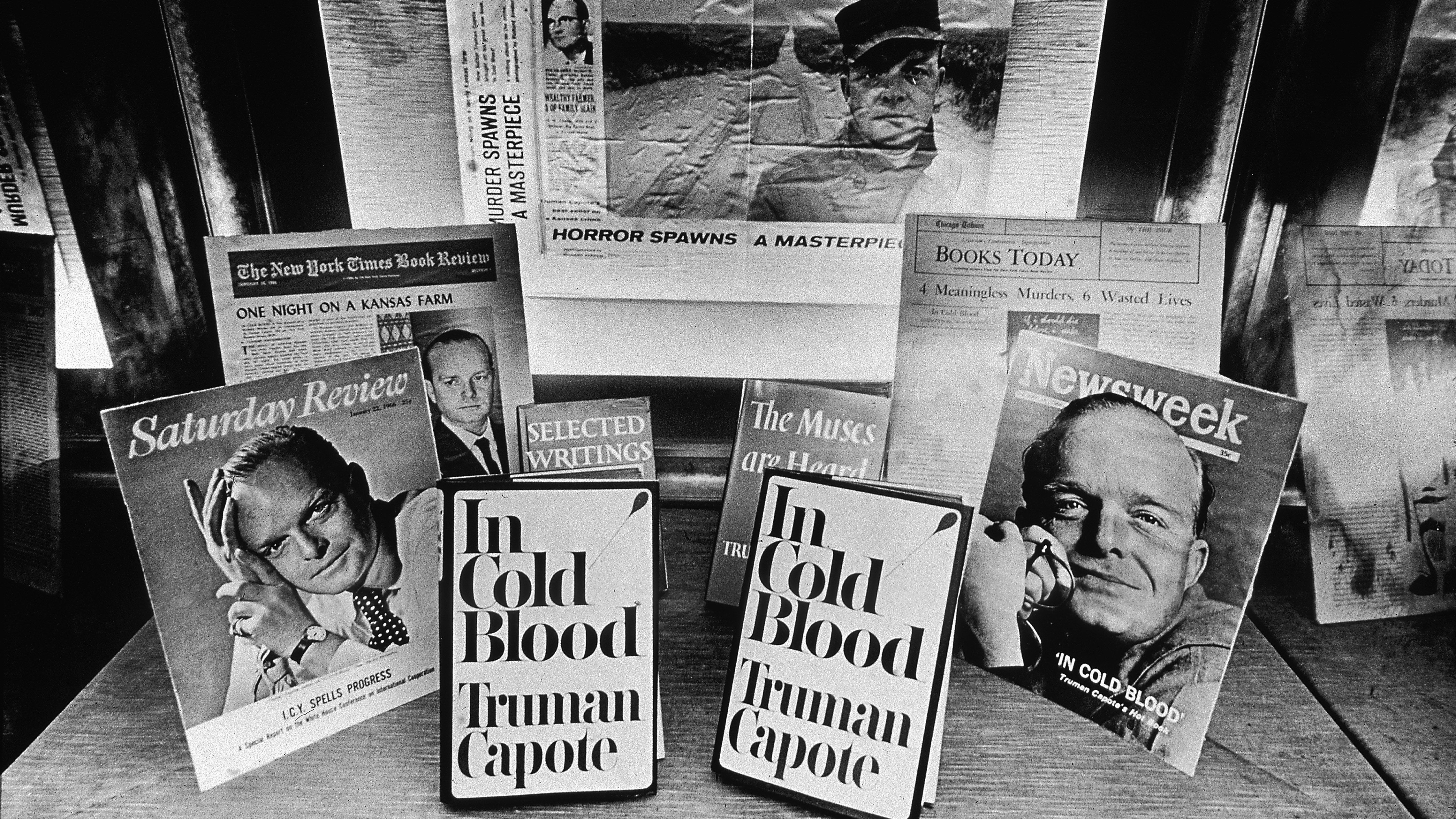 How does a writer become an investigator, follow a gruesome murder story, and wrote about it? This is an interesting aspect of writing analyzed from the point of view of what I’d call, radical authoring in which the author is a participant-observer as well. Below is a reflection on the craft of one of America’s celebrated modern writers.

After reading Truman Capote’s In Cold Blood one morning a few years ago I thought of starting Norman Mailer’s The Executioner’s Song, but the thought of the two characters Perry Smith and Dick Hickock and the narratives constructing them as they were heading for “The Warehouse”, after spending time in “The Corner,” on account of what they did — these thoughts made me postpone my intention of reading the story of Gary Gilmore in The Executioner’s Song.

I had to pay respect to the feelings I had in savoring the psychological and philosophical musings of Perry, especially — his hopes, dreams, nightmares, and his concluding outlook in life.

How did I take a break from the images and dialogues — in Capote’s classic — still dancing, like a dark version of Matisse’s dancers? — I read the opening of Ernest Hemingway’s The Sun Also Rises. What a relief!

In closely reading Truman Capote’s In Cold Blood, I focused on how the author used primary documents – police reports, notes from memory, letters from those convicted of the multiple murder of the Clutter family, conversations with relatives and friends of the victims, and even last few words of Perry and Dick before they were hanged – to tell a compelling and gripping story. Capote was privileged to have gained access to important materials of the case. These were the main ingredients of this fascinating “journalistic-novel” that hybridized skillfully memoir writing and analyses of raw data. In the tradition of close reading, I read the book like a writer immersing myself in the narrative more so like a student of culture, philosophy, and Freudian psychologist.

Although the narrative arc in the story is present, each sentence and paragraph leads me to want to read the next, the voice of the characters well-developed or loud and clear and the tone discernible, and although the language is skillfully crafted and mirrors the setting and time of the events, I still look for some narratives of deep insight into the human psyche leading me deeper into the “dungeons of the human soul” especially when the theme of the novel is on the phenomenology of life or death.

Herein lies the beauty of Truman Capote’s In Cold Blood, a work based on a multiple murder case in Holcomb, Kansas City in which the author was privileged to have gained access to exclusive information at all levels and even the court documents and transcripts leading to the execution of those convicted. One could read In Cold Blood as a tapestry of mountains of primary documents flattened and weaved as a journalistic narrative-memoir that broke new grounds in story-telling.  One can also, as to how I did, read it as events leading to a dialogue of the meaning of death and detachment, deep remorse (p. 302 and 340), or the absence of remorse as in Andy’s last words (p. 332) and of life and the love of it — even if it means living a life of violent Epicureanism.

The theme of what life means by those awaiting the death is poignantly narrated by Perry Smith that summer when he saw Jesus as a “bird” and how life, in the end, is a frightening dream (p. 319). What was the last meal (p. 338), what was the last conversation about, the content of Perry and Dick’s last letters to their attorney (pgs. 273 -279), the last gaze, the final words before the noose was tightened and death confirmed — these I asked?

These are the moments of being I find exhilarating as a reader and reflective a human being trying to understand what fate and free will means.

Grounded Theory and In Cold Blood

In the field of social science research, framed from the Qualitative aspect. The Grounded Theory Method developed by sociologists Barney Glaser and Anselm Strauss in 1967 is a popular approach to developing the case study analysis — using the inductive method, data informs theory and the process is cyclical.

A composite and kaleidoscopic picture of the phenomena under study emerges from the application of this approach. Data is drawn constantly, memos crafted and coded, notes constantly and rigorously taken, patterns are drawn, more memos crafted from more data gathered, and another set of pattern designed, and finally, the researcher creates an explanatory model out of this constant comparison of research that draws its strength from constantly emerging data. The researcher theorizes on his/her findings and discusses, within the framework of theory related to the theme of phenomenological inquiry what he/she thinks of the outcome of the findings. This is a general pattern of The Grounded Theory Method, a data-driven laborious, and intellectually demanding process of finding “the truth”.

For the work In Cold Blood I believe, whether he realized it or not, Truman Capote wrote the “novel” in the tradition of the Grounded Theory Method. The story is a data-driven narrative of a multiple murder in which the author uses a kaleidoscopic approach not only to build an elegant narrative arc and with an objectively-framed tone of building the suspense, to skillful use triangulation as a way to address the demands of validity and reliability, but also most importantly to “show the readers” what each character of the story looks like psychologically” by “telling readers about them” using the data from primary sources. The rich and varied data sets include letters, police reports, court testimonies, narratives from character witnesses, as well as available information on the life and times of the main characters.

The element of phenomenology inquiry into the brutal multiple murder of the Clutter family is strong, giving readers a holistic insight into the story. Essentially, it was data – large amount of data — that helped Capote “write the story” and make readers decide, through a comparative and cumulative method, the nature of each character — especially that of each convicted murderer.

In conclusion Truman Capote’s In Cold Blood, I think is a creative non-fiction classic that can be studied as a modern literary masterpiece that draws its strength from a stylized version of The Grounded Theory Method. I find this method potentially useful in writing stories that require details/data that could stand the test of time since they were prepared, as in the case of police reports that were,based on the observation notes of the events that unfolding and that they came from (as in the style of ethnographic study) from participant and non-participant observers.