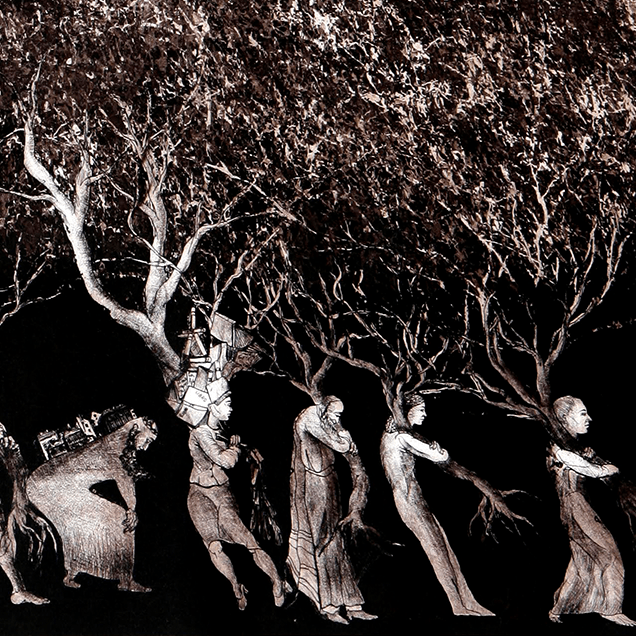 Those who have done literature in Latin will very possibly remember the famous “O tempora, O mores” words of a disgusted, angry Roman Consul (head of state) and orator Cicero, said several times during his rule — the first time around 70 BC and the last, seven years later.

Without having to go deep into the literal translation of the phrase, “Oh, what times! Oh, what morals!”  or customs, it suffices to say that the message of Cicero was to decry the unfortunate state of a country in which a person (normal citizen) could do something wrong and still easily get away with it.

More than two thousand and twenty years after Christ (2022 AD) doesn’t it sound surprising that Cicero’s story still reads the same? The Republic of Turkey, under the Erdogan regime, is going through the same very unfortunate state.  And worse still, this time round, it revolves around the head of state himself so that the whole world can now lament: “Oh, what times! Oh, what Erdogan morals!”

Stories emanating from Turkey are so scaring that one cannot, but recall the words of classicist Charles Duke Yonge of a “shame on this age and on its lost principles.” Otherwise, how does one conceptualize the following public outcry?

One Odak Dunyam tweets: “In the operations carried out in 51 provinces this morning, 543 out of 704 people were detained on the grounds that they provided humanitarian aid. Hundreds of thousands of people who are under investigation after July 15 … are condemned to extinction using the power of the state.”

Human Rights Solidarity laments: “The Turkish government is arresting people for making food donations to the relatives of political prisoners. Thousands of people are held in prisons after sham trials and now donating food to their relatives is a crime in Turkey!

“These operations against people affiliated with the Gulen Movement are used to create a sense of security threat to crystalize public support around President Erdogan. This is an application of Turkey’s vague anti-terrorism laws to silence dissent.” The Turkey government has investigated more than two million people, dismissed hundreds of thousands and making sure that they can seek and obtain an alternative source of income in the public and even private sector. What a torture!

Arbana Xharra on twitter asks: “How can the Western leaders watch in silence what Erdogan is doing? This ruthless dictator must be stopped.” Hafza Girdap says: “This is how SOCIAL DEATH is ignited by a state. State-led and state-sanctioned stigmatization, purge and persecution are conducted through dismissals, arbitrary arrests, torture of thousands of people – even detaining those who help families of purged people!

Advocates of Silenced Turkey: “Over 500 people have been detained for activities which are described as non-criminal by EHCR, including helping the families of purged people and arbitrarily incarcerated.”

This shameful government behavior was in response to a very unfortunate incident whereby a 26-year-old university law student jumped to his death from the historical tower of Galata in Istanbul.  Facts to the incident are that the undergraduate had been undergoing psychological treatment for depression that he developed six years ago after his father, a judge, was jailed for alleged links with the Gulen Movement.  This time round, life had become not worth living after the who provided for his education during his father’s incarceration, died, leaving him to lead the life of an artificial orphan.

What I read and saw on tweets is enough to trigger world anger at what the Erdogan regime has done to the people of Turkey.  The first twit was about the death of the youth. The second about the father being escorted from jail to witness the funeral of his son. The third, the bereaved mother shedding tears on the chest of her husband while another son weeps on her back for the dead brother.  Hell knows what followed thereafter with the father going back to jail and the grieving mother back home.

And without shame, the Erdogan government goes out to criminalize humanitarian aid to those, whose bread earners it has arbitrary arrested and jailed for no apparent reason at all.

How can one avoid reacting to this sort of Erdogan’s regime behavior when Turkey is on record for having sent “trains of kindness to the Pakistani people”? Turkey was the first country to respond. Some humanitarian aid was even sent by air. Isn’t it unbelievable that Turkey sent COVID-19-related aid to the United States, Germany and Italy but is ready to jail those helping victims of its torture targeting members of the Fethullah Gulen?

If Erdogan could have any doubts about what he is doing, here is a quote I read from a twit of one Mustafa Yesil: “Who is one of those who imprisoned those who helped the hungry from the nation of our prophet (pbuh) who said, ‘He is not one of who sleeps full while his neighbor is hungry.” To which prophet does Erdogan belong? Lucifer maybe? Who are these Erdogan regime ‘neighbours’ in Pakistan that are not available in Turkey, especially among members of the Gulen Movement?

Activist Omer Faruk Gergerlioglu may have summarized the situation better by calling it Erdogan’s “Operation against Humanitarian aid.” He adds: “We are experiencing fires in our hearts for the young people who committed suicide….  Genocide continues…”

The best could have still come from Dr. Bulent Kenes in his book titled: “A Genocide in the Making?” Sub-titled: Erdogan Regime Crackdown on the Gulen Movement”.  When he said it, maybe some could have taken him for a doom or false alarmist. Now it has happened.  Maybe what Dr. Kenes could have something to regret about the book, it must be the question mark. While reviewing the book for The Fountain Magazine, I wondered why the question mark had been used when the writing was already on the wall. Genocide is something live in Turkey, targeting real and perceived members of the Gulen Movement.  If even being a nephew of Gulen is a crime under the Erdogan regime, what is missing for the genocide case.

And what is still worse, this is taking place when the rest of the world is watching. Could the world be waiting to see bloodshed in Turkey? This is not very likely because the majority of those who are conscripted in the army never use a gun thereafter unless they join the armed forces. On top of that, the county’s demography landscape is such that women –the otherwise non-aggressive — constitute half of the population.  With their children, they humbly go to jail, where they suffer, among others, strip searches without bitterness.