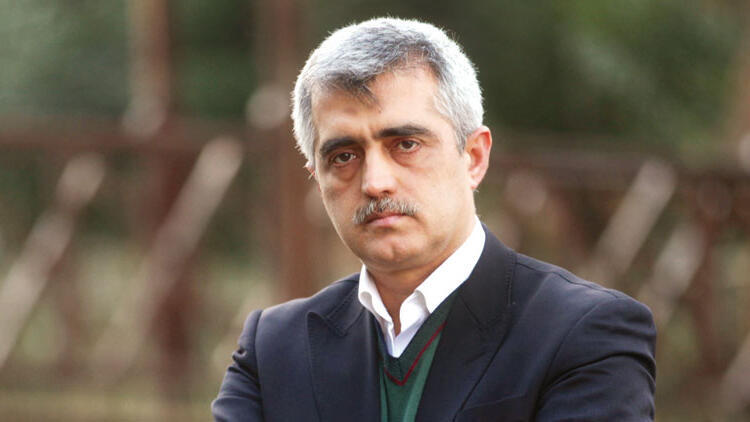 Writing an article about Omer Faruk Gergerlioglu, MP, would not be easy for me this time. I would love to write an article about how he successfully defends everyone’s rights regardless of their ethnicity, religion, and social-political background. Yet, the reality is different now, and we need to defend and protect his rights now as he has done it for years for the silenced and the oppressed.

I came to know Gergerlioglu when he was elected as an MP for the Peoples’ Democratic Party on July 7, 2018. He gained his fame as a human rights defender as the president of the Association for Human Rights and Solidarity for the Oppressed, known as MAZLUMDER, between 2003-2009 in Turkey. I believe his fame does not come from being a Human Rights Defender, but his ‘color-blindness’ against the differences of people he defended for. He defends the rights of every people. In a time speaking is no different than treading on a line of fire and when anyone who talks about the rights of the oppressed goes to prison, he has been there and defended these people’s rights.

He defended the rights of the Kurds, Alevis, Gulen Movement participants, Saturday Mothers, and the rights of all other minor groups. At a time, he was also the first to defend the rights of the Erdogan supporters when the Erdogan regime also oppressed them. In one of his tweets, Gergerlioglu said, if Berat Albayrak’s family asked his help, he could launch a campaign to find the whereabouts of the Berat Albayrak, former Economy and Finance Minister, Erdogan’s once blue-eyed son-in-law who has disappeared from the public eye for more than 100 days so far.  Eyes that are not blind can see the quality of humanity Gergerlioglu possesses and how he is centered on defending everyone’s rights.

Berat Albayrak was once considered the heir to Erdogan in the way he furthered his grip on the people and the state departments on his father-in-law’s behalf. Emulating the current authoritarian ruler’s forms of tyranny in novel forms and borrowing the winds from the regime-tutored media force supervised by his brother Serhat Albayrak, Berat Albayrak oppressed thousands of people with the tools of the state with massive misappropriations of funds and controversial appointments to key posts.

As a Turkish folk saying puts it “The curse of the oppressed topples the tyrants one day.” What happened to Albayrak was the same treatment he would mete out to the opposition in his days of glory. While Albayrak has been lost from sight for more than three months, only Gergerlioglu and some journalists sympathetic to the Gulen Movement has been concerned to seek deposed son-in-law’s rights and whereabouts. None from the Erdogan regime and even his family could dare to openly ask about the star-studded heir. Gergerlioglu was again there and defended his rights.

Even though Gergerlioglu is a political party member, he has never acted on partisan grounds; he has always been bi-partisan. He collaborated with all willing social and political parties to strengthen human rights in Turkey. Most people may not know which party he is from but, everyone knows him as a MP and an advocate for human rights. This is a unique feature as an MP, and there is not a second MP like him in the Assembly.

While all parties played three monkeys about the anti-democratic Presidential Decrees and the people who were dismissed from their civil service jobs with the anti-democratic practices of the Erdogan regime after the failed coup attempt, Omer Faruk Gergerlioglu was always there fighting for the rights of the illegitimately dismissed. As may be remembered, the Turkish Grand National Assembly was pushed aside by the Erdogan regime and reduced to a rubber stamp position as Erdogan installed himself as the Executive President of the country which by name is still known as a ‘parliamentary regime’ if you learn the world from the Wikipedia. If a law is to be made, Erdogan will do that. Someone is to be appointed to a higher state position? Voila! Erdogan’s to the rescue.

How about the Grand National Assembly? The elected MPs will come there to sit and receive their salaries, that’s it. The Assembly remains a symbolic building after the controversial referendum that led to the regime change in 2017 in Turkey. The National Assembly’s all administrative, legislative, and executive responsibilities stand transferred to the so-called Ak Palace. Was it something good? Of course, not. This regime change was the end of the parliamentary democracy in Turkey.

Although the Assembly is dysfunctional, there are still 600 MPs in total, the public hardly knows a bunch of these teeming MPs. Omer Faruk Gergerlioglu tops the list of the renowned deputies. Due to his courage, humanity and activism, Gergerlioglu has become the go-to person for addressing the human rights issues in Turkey; no doubt, he has become a kind of disturbance for the powers that be. Omer Faruk Gergerlioglu has never fit the MP format – depicted in a Turkish saying, “Nod your head, and here comes your salary” – desired by the current President for those to occupy seats in the current toothless National Assembly.

The best members of the Parliament are those the most obedient and the mutest. That’s why the Erdogan regime has always played hard against him to have him silenced. Suleyman Soylu, the regime’s Goebbelesque Minister for Interior Affairs, placed him on the target multiple times. Even a fraction of the silenced public’s reactions against the regime’s ill-minded approach of silencing Gergerlioglu stopped the Erdogan regime from taking action against him. Yet, this was not something to last for a long time in the oppressive regime of Erdogan.

Erdoganists have always hated the expression of their wrongdoing to their faces. In their realm run by paranoia, everyone in Turkey is to be indebted to the party and its President for the air they breathe, the water they drink, and the food on their tables. Placing Erdogan as the chief object of reverence in their pantheon of politics, the partisans of the regime cannot tolerate any criticism for long. As the current leader of Turkey frequently uses the expression, this is their ‘red line that should be respected to avert their rage.’

Gergerlioglu has not fit into the timid character designed for today’s MPs in Turkey. At the present, the Apex Court of Appeals in the lopsided Turkish judiciary treading under Erdogan’s hefty-tutelage sustained the imprisonment of Gergerlioglu and set the ball rolling for revoking Gergerlioglu’s MP status.

The Court of Appeals sustains this conviction based on the allegation of Gergerlioglu’s support to terrorist groups, and it is highly objectionable. The Erdogan regime sees every dissident group as a terrorist outfit, and these allegations have no basis. The Gulen Movement has been derogatorily scapegoated as a terrorist group by the Erdogan regime, but there is no legitimate conviction in the Turkish judicial system about this issue. Again, the Erdogan regime sees the Peoples’ Democratic Party (HDP), a Kurdish-origin mainstream political party with representation in the current National Assembly, an extension of a terrorist group; yet, the party is legitimate as the Higher Election Commission, though predominantly under the tutelage of the Erdogan Regime, approved all the HDP members of the Parliament as legitimate before the election. What has changed now?

Turkey is not a democracy anymore. It has already turned into a country that could be named Erdoganistan. It is a country your citizenship and rights are guaranteed only if you support him; if you do not, you have no rights. Even you are an MP but an outspoken opposition figure, you have no place in the New Turkey, and your impending long sojourn in the prison may arrive at any time. This is not meant to be the fate of Turkey as a key country in its geography; thus it immediately needs to be changed.

Today, it is the time for defending the rights of Omer Faruk Gergerlioglu

Today, it is the time for defending the rights of Omer Faruk Gergerlioglu, who should not be punished just because of doing his duty of defending the right of his electorate and all oppressed across Turkey as an MP. With active and resolute members of the Parliament like Gergerlioglu, one may not need the rest of the 590 silenced to give back the Turkish Grand National Assembly its due and original mission of sustaining the Constitutional liberties of all in Turkey.

Gergerlioglu is not a man of any social-political group. Naming him as an abettor of terrorism is an insane and biased claim. Turkey needs Omer Faruk Gergerlioglu, for he holds a mirror to Turkey’s conscience. All international organizations should campaign against the Turkish judiciary’s partisan decision and help to stop Gergerlioglu’s conviction. It is not impossible for the Erdogan regime to stop all human rights violations and reinstate all rights and freedoms in Turkey; some resoluteness will surely do the job. What’s impossible is silencing people. Restoring the rule of law and human freedoms should be easier than silencing people. I hope the Erdogan regime does not win against Gergerlioglu this time.