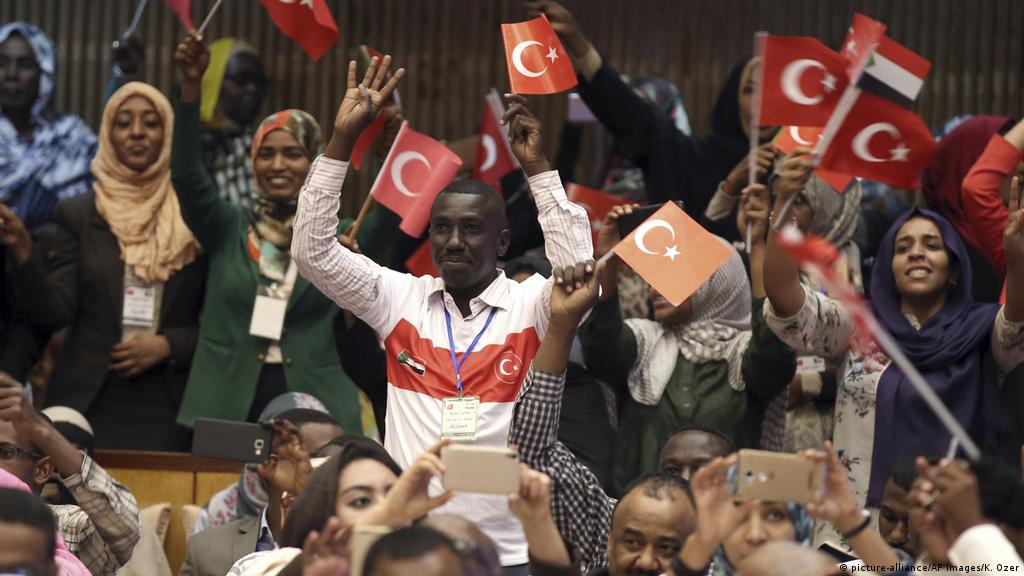 Mention the month of December concerning Turkey; chances are you will have given rise to all sorts of sentiments across the board in society. Some could remember the eight-year-old stunning corruption revelation that has changed the country’s course leading to a 2016 coup that was planned to fail and subsequent non-ending untold repressions on all those taken to stand for the Kurd people’s rights and followers of Muslim cleric Fethullah Gulen living in exile in the U.S.

Others could remember the very latest two-day Turkish Africa Summit held in Istanbul with tremors of the controversial hosting of the 89th General Assembly of the INTERPOL still rumbling in the city’s underground. In the words of Turkish Foreign Minister Mevlüt Çavuşoğlu, the Summit held between 16-18 December under the auspices of President Recep Tayyip Erdogan, was the largest in the series, hosting16 African Heads of State and 102 ministers, besides 26 top diplomats from 39 countries and “marks a new stage in Turkey’s relations with the African Union and African countries…”

Tagged, “Enhanced Partnership for Common Development and Prosperity”, and third in the series, it was indeed an enviable representation in praise of which  President Erdoğan said: “This summit is a testament to the fact that Turkey is interested in Africa and Turkey’s interest in Africa is not a temporary interest, it is a maintained commitment. Our African brothers and sisters are showing they are interested in better cooperation with Turkey.”  Among the Heads of State at the summit were DRC’s Félix Tshisekedi, the current Chairman of the African Union (AU); Ghana’s Nana Akufo-Addo, Nigeria’s Muhammadu Buhari, Rwanda’s Paul Kagame, Senegal’s Macky Sall, representing ECOWAS; and Zimbabwe’s Emmerson Mnangagwa.

But, does Africa understand the core factor behind the proclaimed   ‘friendship’ with Erdogan’s Turkey? That is the question. This time round, scenarios surrounding the COVID-19 pandemic Omicron variant reveal it all. To resort to the scriptures, the story reads like that of let “those (African leaders) with ears hear; and those with eyes see.” Historically, Africa Turkey relations go back the Ottoman Empire times. They go farther than Mediterranean Tunisia to West Indian Ocean rim Spice Islands of Zanzibar in East Africa, where we find a twin of the Blue Mosque called Msikiti Mabluu.

Scenario One: South African President Cyril Ramaphosa tests COVID-19 positive and goes into self-isolation. Tells his people and the world of his disappointment with the countries that had imposed “unjustified and unfairly” travel restrictions on South Africa due to the Omicron variant of the coronavirus. He blames Turkey (even before the World Health Organization is yet to advise on the next steps) for taking the lead to undermine South Africa’s tourism industry and economy recovery.

Scenario Two: The U.S. and European countries jump on the Turkey wagon. This translates into a kind of hit back.  Could Turkey still be holding on to its inescapable support to Apartheid South Africa, which opened its first trade centre in Istanbul in 1991 at the time when the whole world was against any form of discrimination? Relationships grew to diplomatic levels.

To understand Turkey’s tongue-in-the-cheek diplomacy about Africa, continent leaders could learn from the stand of independent South Africa’s President Nelson Mandela snubbing the Atatürk Peace Prize from Prime Minister Süleyman Demirel due to human rights violations against Kurds and other minority groups.

South Africa’s ANC is a supporter of the cause of the Kurdistan Workers’ Party (PKK), the armed group that has been fighting against the Turkish state since 1984 and is classified as terrorist.  All along, Turkey had no room for ANC and its supporters. What are the foundations of the ‘good’ relations between Ankara and Pretoria and the rest of Africa for that matter?

Scenario Three:  The ‘apparent’ change of Turkey’s wind in the direction of Africa occurred in 2005, which was christened “The Year of Africa” taking South Africa as an entry point into the continent. This was business-oriented of course because the country controls a 90% share of the entire Southern Africa Development Community (SADC) GDP, and particularly within the AU’s New Partnership for Africa’s Development (NEPAD), an economic development program.

This also had political dimensions. During his tour of South Africa, Turkish Prime Minister Recep Tayyip Erdogan and now the country’s president openly asked for South Africa’s support for obtaining observer status at the Non-Aligned Movement (NAM) and for Turkey’s two-state Cyprus plan at the United Nations. South Africa is a member of the BRICS countries and takes Turkey moves in Cyprus as an act of invasion while standing for unconditional withdrawal of all foreign military troops in countries like Libya. Since 2008, Turkey has made succeeded in making several advances in its strategic economic co-operation with Africa. In a 2018 ministerial review conference held in Istanbul, it was agreed to develop concrete projects, in line with Agenda 2063, addressing not only areas of trade and investment, but also peace and security.

Scenario Four:  What does Africa earn from the series of Turkey-Africa summits? Of late, we have heard   President Erdogan, during his meeting with   African Heads of State, prioritizing Turkish defense industry products – the sale of arms and the related, that is!

With a military base in Somalia, Ankara has   signed a military cooperation pledge with Ethiopian Prime Minister Abiy Ahmed, who has been engaged in a war with his own people branded Tigrayan rebels.  Morocco and Tunisia are said to have taken their first delivery of Turkish combat drones  in September. Angola became the latest to express an interest in unmanned aerial vehicles (UAVs) during Erdogan’s first visit to the southern African country in October. Turkey has reportedly set up a web of 37 military offices across Africa in all.

Whether by design or default, President Erdogan announced to the last Turkey Africa Summit in Istanbul that he will send 15 million COVID-19 vaccine doses to Africa, adding that the low vaccination rates there were a blot on humanity, according to Agence France-Presse (AFP). It was not clear whether this would be from his country’s stock of available doses or from the production of vaccines awaiting WHO approval.

This is definitely a sign of good gesture to a continent, which, as of Friday 24th December 2021, based on the latest United Nations estimates, had a population of 1,390,670,522. “We are aware of the global injustice in accessing the COVID-19 vaccine and Africa’s unjust treatment. It is disgraceful for humanity that only six percent of Africa’s population has been vaccinated.” Erdoğan said.

Scenario Six:  All said, on 17 December, President Erdoğan and his wife Emine gave a dinner in honour of their guests at the Dolmabahçe Palace. But is that the whole story about Turkey-Africa relations? It’s far from it. Some countries in Africa have brought to an end charities and activities of the Hizmet movement. There have been cross border kidnappings conducted in countries like Gabon, Kenya and, without much difficulty, Somalia.

South Africa, however, has stood firm by its policy.  Some other countries, like Tanzania, have said “no” to closing or transferring Gulen -linked schools to Erdogan’s Maarifa Foundation. Africa must emulate South Africa’s stand against Erdogan’s injustices and take requisite action.

Turkey’s actions in Africa are worth giving the South Africa Omicron test for verification. In dealing with Erdogan, Africa must likewise learn from the lessons of the land of Mandela. Could Erdogan behaviour possess rainbow properties? That is the question.