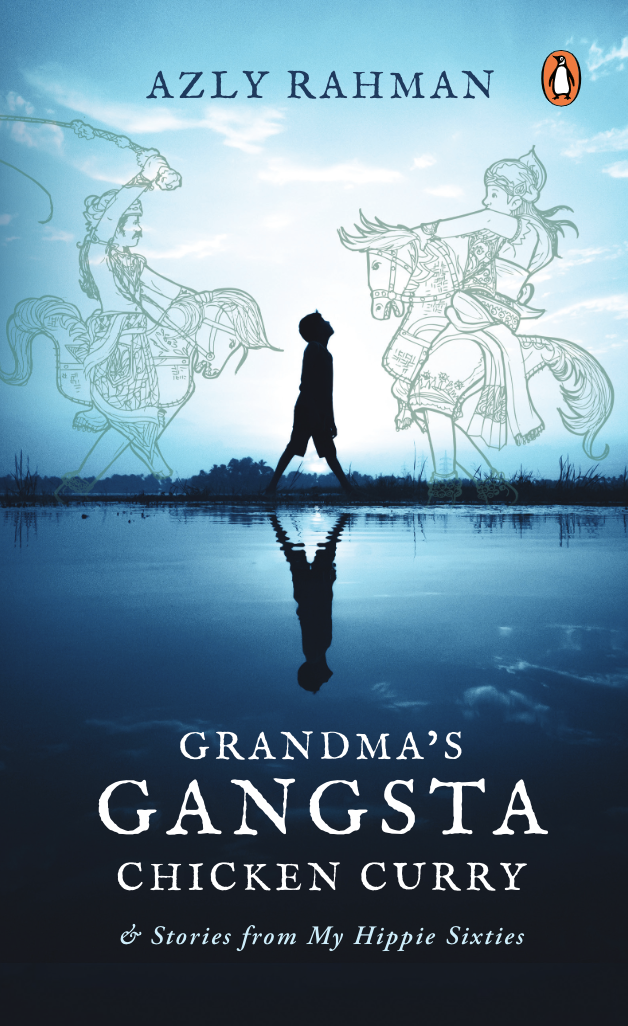 The lure of rock n’ roll transformed young Azly Rahman’s life in his boyhood and teens, along with TV shows like “Leave It to Beaver” and “Gilligan’s Island” viewed on black and white screens, superheroes like X-Man and Superman and Asterix heroes, sports stars like George Best, and—ultimately—British and American books and stories that provided a new way of seeing and interpreting traditional Malaysian folktales. Nothing could be the same again.

It wasn’t just the music that overwhelmed him, but all that’s subsumed in the alternative reality expressed by rock—performers in outlandish garb, gyrating and dancing while they played, fans screaming their affirmations. Those who swarmed for a glimpse of the Beatles or the Rolling Stones or The Who seemed almost desperate for a new way of life, a new way of being.

Young Azly grew up thousands of miles from those fans, but he was just as much a convert, sharing the newness of the music and its implications with his friends, ears alert to radio and records, speaking the language of an international rock vocabulary.

But, unlike young people in England and America, Azly and his friends were not caught up in a simple rebellion against their parent’s generation. For someone growing up in a culture with deeply embedded ancient traditions and values, the consequences were not merely a change in dress, hairstyle, and slang, but a confrontation with an entire belief system. Rock questioned everything young Azly had assumed central to his world and his future. It dislocated him from his society and even the people he loved, and certainly from the educational system that constrained his days—secular in the morning, an Islamic madrasah in the afternoons. Rock and roll, especially the genre of Classic Rock, filled his free hours. Young Azly could not avoid revising the old world of his family and ancestors through the new world of the West. He had to grapple with what meant more to him and, ultimately, which reality he wanted to choose for his life ahead.

The boy became unmoored and began a lifelong quest to unite his native culture and the alluring culture that underlay the music and film and stars of Britain and America. Even though the adult Azly has spent most of his life in the United States, as these essays reveal, his memories and his emotions cannot help returning to the country of his birth.

He is fixated on a desire for union. Azly confesses in the introduction to this collection, “… as I sit here writing about a cultural separation, I long for union. A paradox. A contradiction. A mind’s game.” That mind, the mind swept up in these memories of places and people, of actions and incidents, cannot return to the innocence of the original experience. But that experience was never innocent to begin with. Even as the boy lived through them, his seeing and hearing and judging was tempered by the dynamic forces invading from many thousands of miles away.

Much later, as the adult writing of his youth, Azly now sees his youth in the context of all that he has read and heard and learned in the years since. When he was a boy, his grasp of those forces were incipient. Now that are fully developed and enriched by understanding. But such understanding is not a source of union. Instead, it accentuates the gulf between the two worlds he has lived in.

His adult mind still has to contend with the boyhood tension of balancing the traditions and lore of a centuries-old Malaysian culture with the fresh influence of British and American rock and Western films and literature. These foreign influences act as a counter force to the natural ethos as Azly and many of his friends inhabit what he calls the “hippie sixties.” Consider:

It must have been the most difficult Saturday I have ever experienced. I felt like I was a log.  As if, as the Beatles song said, I’ve had a hard day’s night and I ‘ve been sleeping like a log. The moment of lying in my squeaking wooden bed on the pillow that bore months’ or even years’ drooling marks. My pillow looked like the map of Planet Nobura or Planet X; these moments felt like days and weeks. I felt lifeless, and I was growing bigger and bigger, like the corpse in one of Eugene Ionesco’s plays, in which a week-old dead body was growing out of a closet in an apartment. I felt I was Gregor Samsa in Kafka’s story metamorphosing into some vermin.

The boy, steeped in the lyrics of the Beatles, could have made that immediate overlay of their words and his restless night. But only the far-more-educated adult could apply the analogies to Ionesco and Kafka. These references reinforce one another. While the boy and the adult differ in what they know, that knowledge is singular in depicting an extreme cultural overlay.

Such an intercultural tangle also may be found in this raucous rock n’ roll passage from the collection’s title essay, “Grandma’s gangsta chicken curry”:

And so, we roamed around the house that had no electricity; for Thomas Alva Edison still had 999 inventions to go, before he found out he had misplaced his batteries. And skinny-Gandhi-looking grandpa, like a godfather of chicken industry, commanded us to hunt down that one chicken ripe enough for gangsta curry. We ran around the house and saw one that looked like one from the movie Chicken Run; one fearful-looking as if it just saw the coming of the ends of the world of poultry. Yes—that movie where Mel Gibson taught Ginger and her chicken clan a bit about American democracy, and how to escape death and not to be turned into chicken pies aplenty.

Beyond the wit running through the passage, the informality of the vocabulary, and the play of sentence rhythms are the pop culture references that reinterpret the preparation of a traditional Malaysian meal and meld the influence of old and new in the narrator’s consciousness. This melding lies at the heart of the collection and captures the boy’s ongoing struggle with opposing cultural influences.

The Malaysia of the 1960s and 1970s he brings to such vivid life in these essays include a rouges gallery of “gangstas”—assassins, tricksters, addicts—ghost stories, ritual dances, ceremonies, “possessed” young girls in a boarding school, incipient radical Muslims.

Beyond the clashes of cultures and traditions, the exposure to other beliefs and values allows the boy to realize the prejudices and injustices around him—abuse of the poor, ethnic oppression, political corruptions. This awareness has been the source of the many books of political commentary written by the adult Azly Rahman, a man with a doctorate and several master degrees, who possesses a deep analytical understanding of the wrongs and failures of those in power and of what must be accomplished to achieve fairness for all.

But that is the academic Azly Rahman. The Azly of these essays—disciple of rock and all that it embodies—shakes, rattles, and rolls though the electrifying language of his poetry and prose, allowing readers to share his boyhood experiences and feel the tensions of his quest for union as he is torn between the roots of longstanding traditions and the lure of an exciting newness.