HomeExpertsPostcolonialism: Beyond Orientalism and Subalternity
Experts

Postcolonialism: Beyond Orientalism and Subalternity 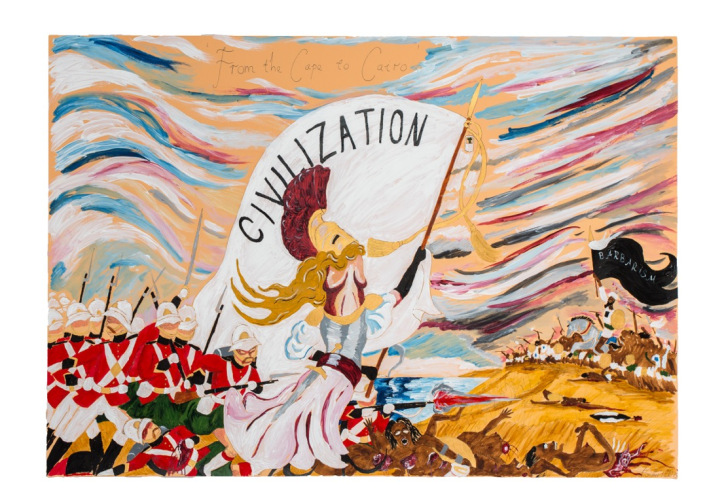 If we take the emergence of the ethnophenomenological approach in the discourse of postmodernism what then can be conceptualized as a method in analyzing the philosophy and politics of knowledge? In other words, what should the nature of postcolonial studies be as it relates to the vantage point it should operate from? Edward Said’s (1978) Orientalism, Gayatri Chakravorty Spivak’s (1990), and Alan Bishop’s (1990) work on the critique of Western-dominated discourse will be reflected upon in the following.

Said (1978) offers a critique of Orientalism as a field of study which he believes is not unpolitical in the manner knowledge about the Orient has been produced. It is particularly knowledge produced from the literary and humanistic traditions from the time of Aeschylus to this era of postcolonialism that has shaped the existence of the Orient as how the Occident or the West has wanted it to be. Said (1978) believes that misrepresentations of the Orient are derived from the ideology and perception of authors attempting to describe it from their “strategic location” (p. 20) which then produces discourses politically and ideologically dominative.

To demystify this representation of canonical knowledge, Said (1978) suggests methodologies that would not only analyze the politics of knowledge production but also look at Orientalism from the vantage point of “libertarian… nonrepressive and non-manipulative, perspective” (p. 24) via transcultural studies. Through this paradigm then, Said (1978) contends the study of the Orient can become not merely academic but most importantly “intellectual” (p. 27). Whilst Said (1978) believes in an epistemological focus on what postcolonial studies can be, Spivak (1990) advocates the teaching of transnational cultural studies in the area of English language teaching. Spivak (1990) who primarily analyzed the case of the teaching of English in the American classroom calls upon the reclaiming and conceptualizing of the true meaning of the word “we the people.”

The primary shift in methodology, she claims, must be one that would celebrate subaltern voices rather than let narratives based upon Western foundations dominate. Spivak (1990) suggests this new paradigm, transnational cultural studies, be based upon deconstructionism, feminism, and Marxism as tenets for the issues of presumed neutrality, knowledge-constituted interests, and politics of knowledge production and dissemination be justifiably addressed. This paradigm shift is necessary according to Spivak (1990) if we are to envision the “development of a cosmopolitanism that is global, gendered, and dynamic” (p.292) Whilst Spivak (1990) focuses her critical analysis on the humanities calling for an ethnophenomenographic approach to the study of cultures, Bishop (1990) questions the presumed neutrality of Mathematics as analytical canonical knowledge. Bishop (1990) claims that although it has been historically perceived that Mathematics as a science of abstraction cannot possibly be value-laden and political, the concept of Western-Mathematics itself must be looked at within a historical, political, and cultural context tied closely to colonialism and imperialism.

Calling Western Mathematics as “one of the most powerful weapons of cultural imperialism” (p. 51) Bishop (1990) draws attention to the concept of ethnomathematics as one inherent in every culture, historically present it its variety of arithmetic systems and how the advent of colonialism has rendered it submissive and dominated to western mathematics. Through the “ three media of trade, administration, and education” (p. 56) the latter has been imposed by the colonizer in the knowledge and cognitive structure of the colonized. Bishop (1990) concludes with the idea that resistance to Western mathematics is seemingly emerging in the form of awareness of rediscovering the meaning of ethnomathematics in every culture. (p. 63)

The three authors write from this particular ethnological perspective; Said (1996) from one which questions the Western-centric paradigm, Spivak (1996) from a Western multivocalic point of view, and Bishop (1990) from an ethnomathematics frame of advocacy attempting to demystify western mathematics. Whilst Said’s (1978) work largely rests upon a critique of ideology in knowledge-production by looking at Orientalism from an epistemological vantage point, Spivak (1990) and Bishop (1990) base theirs from a methodological platform which calls upon curricular approach to be shifted; from one modernist to a postmodernist.

The common strand in all three perspectives can be said to advocate for the subalternizing of canonical knowledge which has thus far pervaded disciplines in the Arts and Sciences. It questions the claim that knowledge is value-neutral and that human agents are involved in its production, situated largely within the historical and political context. Post-colonial studies must then be approached from the perspective which first subverts the apolitical claims to knowledge, and then to design pedagogical strategies which take into consideration subaltern and marginalized voices which are the makers of history and determiners of their destiny. It is from this vantage point that the strength of the respective author’s perspective lies.

Nonetheless, albeit enlightening Said’s (1978), Spivak’s (1990) and Bishop’s (1990) arguments are, fundamental contradictions which weaken these authors’ claim can be discerned. Said (1978) paints a picture of an oppressed Orient without giving enough explanation of what constitutes and color the development of the Orient as a melange of political, cultural, and economic entities. The brutishness and oppressive nature of the Oriental political system of the past (and those which continue to the present) are not discussed, the vaingloriousness of the despotic rulers of the ancient East who thrive upon mythical-supernatural modes of domination is not scrutinized, and the slave-master relationship between the ruler and the ruler is not mentioned at all in Said’s (1978) work. In short, Said’s (1978) analysis fails to expose the inner contradictions in the ideology of the ruling class and in the mode of economic and ideological production of the Orient. Spivak (1990) albeit convincing in her rationale for the study of humanities and social sciences to be deconstructed, feminized, and Marxisized, could have benefited from her discussion of progressive movements in curricular development in these fields.

Particularly the Deweyian (1938) thought in educational reform of American education is not given due credit to by Spivak (1990). In fact, the Whole Language movement in humanities which has, for many years, become a standard-bearer in curricular practice has approached the suggestions from schools of thought such as deconstructionism, feminism, and Marxism from its vantage point. Thus Spivak (1990) may not have enough information on curricular practice at the day-to-day implementation level in her process of enlightening us on the need for such a paradigm shift. Bishop (1990) romanticizes ethnomathematics and overstated his claim for the politics of Mathematics as a western art of abstract thinking.

Whilst it is a legitimate argument that the advent of Mathematics is not devoid of imperialistic tendencies and underpinnings, one must also ask this question: what is the instrumental and enriching value of ethnomathematics in a contemporary world of advanced Science and Technology we are all in? Do we need to regress to a subalternate version of Mathematical systems claimed to be ethnologically superior to western mathematics when, I believe, the concern is not in the type of mathematics relevant but towards what humanistic ends mathematical knowledge and its applications are employed? Is not western mathematics a culmination of ethnomathematics at its most developed stage? These are the questions Bishop (1990) fails to address in his attempt to deconstruct the meaning of mathematics, albeit strong in his claims from an enlightening vantage point. What then, from the synthesized perspective above, should the mission of postcolonial studies be?

I believe in searching for creative and altruistic strands in the structure of knowledge in our evolution as beings moving towards a moralistic global community. Whether ideas are produced from the spiritual-metaphysical Ancients or cybernetic Futurists, they must inevitably and logically contain human-constituted interests, which can be creatively molded to our heart’s desire. Whether they were borne out of the ethos of the Babylonian or Hellenistic tradition or from some post-industrial tribe more intelligent than a community of metaphysicians of the Renaissance period, they will remain an accumulated canon for the human species to utilize for its continual survival.

Pertinently then, postcolonial studies must have the mission of preparing the minds of our generation and that of our children to think creatively, critically, and futuristically. Subaltern modes of thinking can then perhaps mean those which can build moral foundations not out of our ideological fights over crumbs but of building what is peaceably possible so that in the end, the Orient and the Occident may unite rather than divide!