HomeExpertsPower 'outsiders' with a lot of clout
Experts

Power ‘outsiders’ with a lot of clout 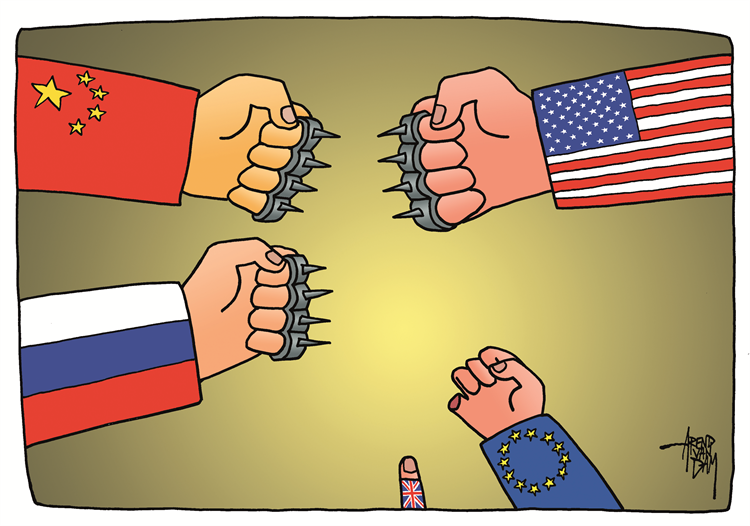 There are people who exercise power without requisite mandate. They do it for one of two reasons. First, they get close and make themselves indispensable to those holding legitimate power. Second, they bully their way into power so much so that they have to be accommodated.

Some operators make it appear as if those in official positions do not wield the power they have. This is universal and has a long history. Unofficial power wielders are fascinating to study and watch, especially how they entrench themselves to the point of being synonymous with the ‘boss’ or to control the mind of the boss.

Usually the boss lets it happen because he suffers shortage of self-confidence or derives pleasure in sycophancy. The impression that there may be forces, other than the official ones controlling affairs, allows power manipulators to thrive because it gives them a sense of power. In biblical times, Rehoboam, having inherited Solomon’s kingdom, allowed people of limited capacity to dominate his thinking. The kingdom split. Similarly, Louis XV and Louis XVI of France, under the thumb of high nobility, failed to see the approaching revolutionary storm. Louis XVI lost his head and kingdom.

Whether good or bad, their power relies on two factors; controlling the mind of the leader or in being the leader’s ‘mtu wa mkono’ in such ways as to take unaccountable liberties. Every president, Bob Haldeman asserted, needed a ‘son of a bitch.’ Haldeman was Richard Nixon’s ‘son of a bitch’, meaning that he did the president’s dirty work while protecting his boss. The line between the mind controller and the ‘son of a bitch’ is not always clear.

Amin closely followed events in the West, particularly in the US. He wished Nixon quick recovery from ‘Watergate’, portrayed himself as anti-imperialist, and wanted to prove that Africans were intellectually brilliant. Amin had turned to Ali Mazrui at Makerere to be Uganda’s Kissinger. He also challenged apartheid South Africa to produce its best brains to debate Mazrui. Amin’s proposals, Mazrui as Amin’s Kissinger showcasing African brilliance to racist South Africa, flopped.

In post-colonial Kenya, the influence of unofficial advisors has varied with presidents. There were many prima donnas in Jomo’s government, but hardly any dared to appear beyond control. He listened to advice, so Njoroge Mungai commented, and then made his own decision. Moi, also in control, eliminated prima donnas and allowed special individuals to appear powerful not because of office but because of proximity to Moi.

People exercising influence beyond the office is normal and comes in two ways. Players make themselves so indispensable the ‘boss’ feels lost without them. Others study and exploit the leader’s fears and weaknesses, and hold him hostage to their desires. The combination of indispensability and fear makes the leader vulnerable to manipulation.