HomeExpertsProfessor Kaboglu: State of emergency in Turkey to continue through legislation
ExpertsTop Stories On Turkey

Professor Kaboglu: State of emergency in Turkey to continue through legislation 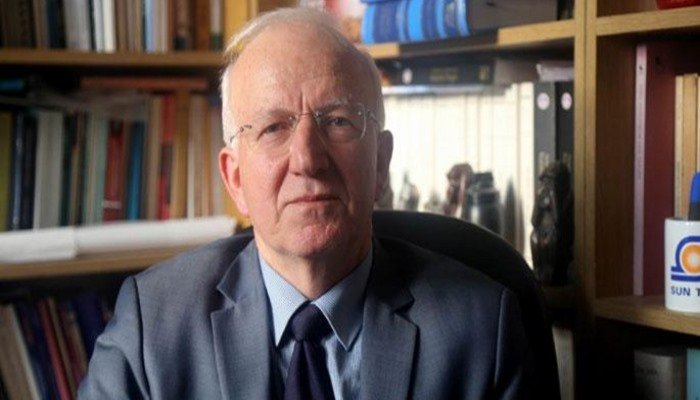 Is State of Emergency (OHAL in Turkish) over ? According to article 120 of the constitution, OHAL, which has been in force since 21 July 2016, is not removed; it is over.

As a matter of fact, OHAL was actually brought into force back in 4 April 2015, after the domestic safety legislation was passed with article no 6638. The new legislation, which is in TBMM (Grand National Assembly of Turkey) agenda, aims to make OHAL valid for another three years. “Motion to Make Changes on Some Legislations and Decrees” was presented to TBMM by the AKP (Justice and Development Party) Group Deputy Chairmen in 16 July 2018, and it will be under discussion in the Justice Commission today and in General Assembly next week.

Should the motion become law, although articles 119 and 15 are not seemed to be in force, not only the articles about rights and freedoms, but also nearly all of the Constitution will be suspended.

But the text of the proposal is full of articles which pose a threat over the assurances listed under article 13.

Before discussing the proposal, it would be appropriate to remind few points about the OHALs, which was put into force through the actual OHAL and the constitution.

The legislation no 6638 (known as domestic safety legislation), which was accepted in 4 April 2015 together with many intense discussions in TBMM, could be described as the “actual OHAL” together with the amendments which violates the Constitution, articles which intensely limit the rights and freedoms, and giving broad powers to the administrational posts.

Although they were decorated with broad powers, the local authorities and law enforcement officers used their powers to restrain very peaceful meetings, instead of providing collective safety. As you will recall, the bloodiest attacks in our history were made in 2017, between the 7 June and 1 November elections. However, the legislation no 6638 was used against the peaceful meetings and demonstrations, instead of preventing such attacks.

And the OHAL, which had been in force since 21 July 2016, was used for “destroying” the AKP opponents, and abolishing the current constitutional order, with the FETÖ terror organization excuse. They were not content only with these; OHAL was put into “Cumhur İttifakı” (People’s Alliance) service. With the help of the Kanun Hükmünde Kararnameler (abbrev. KHK, meaning Decrees), legislation was instrumentalized for the biggest slaughter of the history of humanity.

Briefly, the political-constitutional achievements in line with the Tanzimat Reform Era – Constitutional Period, and Republic were abused and destroyed. And now, an answer is being searched on how to practice the “one man arbitrary ruling” irreversibly, instead of the supremacy of the Constitution.

A motion full of OHAL KHK provisions cannot mean anything other than declaring OHAL through legislation.
Even while the articles no 120, 121, and 15 were in force, the practices (KHK supplementary lists concerning tens of thousands of civil servants), which were against the Constitution, will be even more illicit against the Constitution with the prospective legislation regulation.

Together with the anticipated regulation, instead of the KHK supplementary lists which were signed by the Council of Ministers, a similar practice will be started in an institutional scale. Thus, even though the visible mass slaughters are legislated against the Constitution, since they will not be published on the Official Gazette collectively and left to the discretion of the related institution, they will not be reflected directly on the public opinion.

What is the reason? This: “any individual who is considered being a member of, connected or affiliated with, and communicating with the terror organizations or groups, structures, or formations, which are concluded by the National Security Council as taking actions against the national safety of the State” will be dismissed from civil services.
Arbitrariness in civil service

The mistake which was made with the KHKs are repeated here:

– MGK (National Security Council) is not a decision maker: It reads “which are concluded by the National Security Council as taking actions against the national safety of the State” (article no 23). However, the National Security Council is not a body that can give executive decisions, but only an advisory council (Constitution article 118). Therefore, the statement is wrong, and the authority is against the Constitution.
– “The right of defense”: “as long as a right of defense is not entitled” the civil servants and officers who cannot be given any disciplinary penalties (article no 129), will be arbitrarily dismissed according to the legislative proposal article no 23.
– Reinstatement: “the reinstatement process will be done with the same method, as a result of the evaluation, upon the appeals of the individuals who are dismissed from civil service”.
– No compensation: They are not entitled to ask for compensation, even if they are reinstated.
– No job security: No job security to be appointed back to the same position after being reinstated.
– No responsibility: In case of a reinstatement, there is no responsibility for the people who had imposed the sanction. “Must be a joke”, is it possible to interpret this and similar regulations?

Chain of irregularities against the Constitution

The provisions concerning the civil servants could continue until the dismissal of all the people who are not a follower of the President’s party.

Briefly, it means that the “provisions concerning the civil servants” will be suspended.
Without a doubt, the irregularities are not limited with these, but also against many articles of the Constitution such as the freedom and security of the individuals (article no 19), freedom of travel, (article no 23), freedom of meeting (article 36), and the right to a fair trial (article no 36).

More generally, article no 2 (democratic constitutional state respectful to human rights) and article no 11 (cohesiveness and supremacy of the Constitution) are clearly violated (brings the chain of irregularities also in terms of European Agreement).

On the other hand, although the electors were asked for votes with the “OHAL will not be prolonged” assurance, new mass slaughters started thanks to the OHAL. Moreover, a will revealed to prolong the OHAL for another three years, with the help of the methods which are extra-constitutional. This contradictory situation (and irresponsible attitude) is singlehandedly capable of overshadowing the election results.

Who is going to win?

As a result; the practice which had started with the law article no 6638 back in 2015 as the “actual OHAL”, was continued as the “official OHAL” after 21 July 2017. If the TBMM passes the provisions into law, a more aggravated and darkened OHAL will be in force.

November 15th elections were won with the first one.

16 April 2017 constitutional changes were done with the second one, and June 24th elections were won.
Together with the third one, they want to make the extra-constitutional one man ruling (monocracy) permanent; and even with the help of TBMM.

However, they will not succeed. The more arbitrariness and pressures from above, the more legislation consciousness will be formed in the bottom.

İbrahim Kaboğlu, is a prominent Turkish jurist who has been put on the list of the academics discharged by the infamous decree of February 7th.

The article first appeared Turkish at Birgun Daily on July 17th, 2018 and translated to English by Politurco.