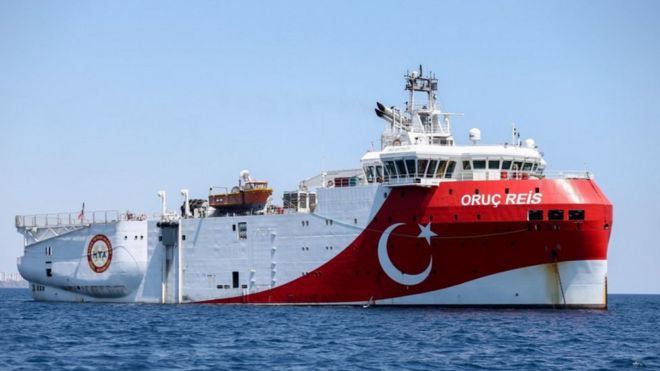 Anybody who has read the Bible will remember the lead disciple of Jesus Christ, Peter, asking: “Domine (Lord), Quo Vadis (where are you going/heading to)?” Globally renowned as St. Peter today, the symbolic foundation stone on which Christ said he was to build the church, said this in anxiety. Here was the Christ, in whom he had every faith and hope, now heading towards death –humiliating death on the cross for that matter. What next? Could it be the end of the story? What a case of total desperation?

Away from the centuries’ old Holy Scripture story, the Quo Vadis phenomenon has continued to be creep into human history. A typical event occurred in 2016, declared by Poland the Year of Sienkiewicz.  Why? It’s Because of the life of this worthy celebrating, historian, journalist and prolific Quo Vadis writer to whom the Swedish Royal Academy, 125 years ago this year (1905), decided to award the Nobel Prize.

On a historical note Henryk Sienkiewicz was born in 1846 in Wola Okrzejska in Eastern Poland with ancestry of closely knit ethnic minority Lithuanian Tatars, who spoke Polish but stuck to their Islam faith. These were instrumental in the military might of Poland. It was his great grandfather who converted to Christianity.

This is not an analysis of Sienkiewicz’s life. But for the purpose of this argument, it suffices to borrow a little from what Mikołaj Gliński,wrote in commemoration of the Year of Sienkiewicz. By writing Quo Vadis (1894), a novel set in ancient Rome during the reign of Nero; Sienkiewicz pushed a Christian agenda, his message being the inevitable coming of the Christian era.

And maybe, what makes more sense is Sienkiewicz’s subsequent series, titled The Trilogy, on the biggest political crisis in the history of the Polish state. The moment when Poland, attacked by Turkey and Sweden, and torn by the inner revolts of the Cossacks, found itself on the verge of collapse…

Yet somehow Poland managed to survive. This, according to Sienkiewicz, happened thanks to the heroic patriotic efforts of Polish soldiers, whom he described more like the Medieval Knights with their ideals of honour, valour and faithfulness. During the 2016 Polish Year of Sienkiewicz, the Turkish people went through a sad coincidence packaged in what has been sold to the world as an attempted coup. Four years down the coup lane, slowly the world is witnessing events unfolding in the direction of justifying the question: “Quo Vadis, Turkey?” And this is practically in almost every aspect of the Turkish people’s life, the state and beyond.

Mikołaj Gliński observes: “Sienkiewicz died in 1916, two years before Poland regained independence after 123 years of partition. But the political determinacy of many Poles fighting for Poland’s independence in WWI owed much to Sienkiewicz’s historical vision and sense of national pride, something he implanted in the minds of several generations of Poles.”

Where is Turkey’s Sienkiewicz? His Teutonic Knights book series until today constitute compulsory reading for all Polish school children. In Turkey, hundreds of thousand books have been destroyed; teachers sent down, universities closed!

According to a very recent study, a total of 6,070 academics have been dismissed from 122 state institutions and 2,808 after the closure of 15 private universities translating into about 15 percent of the number of academics in Turkey. This is besides those who voluntarily left the country.  According to the Organization for Economic Co-operation and Development (OECD) estimates, this amounts to a financial loss of around 1.1 billion USD.

Chronicles reveal that Poland managed to survive due to the “heroic patriotic efforts of soldiers… with their ideals of honour, valour and faithfulness.” Turkey had a list of soldiers to sack with disgrace even before the so-called coup.

Former PrimeMinister Binali Yıldırım Minister said: “… July 15 was a project I did not like at all.”  Why? Purge lists were prepared in advance and to be effected immediately after the attempt. About 3,000 judges and prosecutors had been earmarked for arrest.  In the absence of ‘anticipated’ criminal evidence, 2,745 were ended up being dismissed any way.

Turkish Rear Admiral Mustafa Ugurlu, top officer at the NATO training command in Norfolk at the time, was taken unawares by the ‘coup’. Two weeks after learning about it from an aide, he was charged with taking part in it and was dismissed ending up as an asylum seeker in the US. Five years on, he wants something good happening to “my country home …in bad condition.”

According to former European Parliament representative, Andrew Duff, “certain incidents were prepared beforehand… (giving Erdogan room) to put his own version of a …coup into action.”

Releasing effects of the so-called coup on the fourth anniversary to the world, Turkish Interior Minister, Süleyman Soylu, said a total of 282,790 people had been detained and 94,975 of them arrested on coup related charges.  Of those taken into police custody, 25,912 remain in Turkish prisons.

The Turkish government maintains the failed coup attempt, which claimed the lives of 250 people and wounding over 2,000, was carried out by the Gülen movement, a religious group led by U.S.-based cleric Fethullah Gülen. Ankara designates the group a terrorist organisation and leads a worldwide crackdown against it. Since the failed putsch, Turkey has conducted 99,066 operations targeting Gülenists and started legal proceedings against 597,783 people, Soylu said.

Figures released by Turkish Defence Minister Hulusi Akar put the number of members of the Gülen movement dismissed from the Turkish Armed Forces to date at 20,077.  More than 150,000 public employees have been suspended or sacked as part of the Turkish government’s global crackdown on the group.

Quo Vadis, Turkey?  One Prof. Lawrence Geraty comments:  “Frankly, am distressed over the more recent turn of events in Turkey. I’ve been jealous for Turkey’s success and full of admiration for what it’s accomplished and I hope it’s not moving in the other direction now. It looks like freedoms are being curtailed while the ruling party protects its own interest at the expense of others….   now, we’re wondering what’s happening there. How can this happen in a place that we thought was the model?”

What about Gulen and the Hizmet Movement? Prof. Roberta Rosenberg says: “My experience with the Hizmet Movement has been that it is committed to the most idealistic notions of dialogue, education and social justice and not at all really political in its orientation… When leaders get themselves into difficulty they might look for a scapegoat. They might look for someone to blame. And this is very unfortunate.

According to one Azam Nizamuddin, “the Hizmet Movement is not interested in attaining power, it is not interested in political power in Turkey or elsewhere in the world, but it wants to adhere to a certain pro-democratic, pro-liberty and freedom agenda so that those who are elected to political power not only have a responsibility to provide economic development and to provide education to their people but, at the same time, are held to the highest ethical standards of conduct.

Dr. Steve Gilliland opinion is: “We see Erdogan using … the Hizmet Movement as a means of creating fear in the minds of people so that he can enhance his own power, and I don’t think it is going to work. On a short-term basis he may have some success in this, but the Turkish people are smart enough to not be fooled by these types of lies. My statement to the people in Turkey is; find out what the Hizmet program is all about, read the philosophy of Fethullah Gulen, and realize where they are coming from, instead of listening to the politicians. Go to the source.”

The question is how do the people access the source when all means of communication are under state control and journalism has literally become a crime and its practitioners endangered species worth entry in the CITES register? As fate would have it, the people’s greeting card for the fourth anniversary of the coup came with legal clampdown on the social media – their last remaining front for being informed.

Quo Vadis, Turkey? And how long can this take? That is the question.