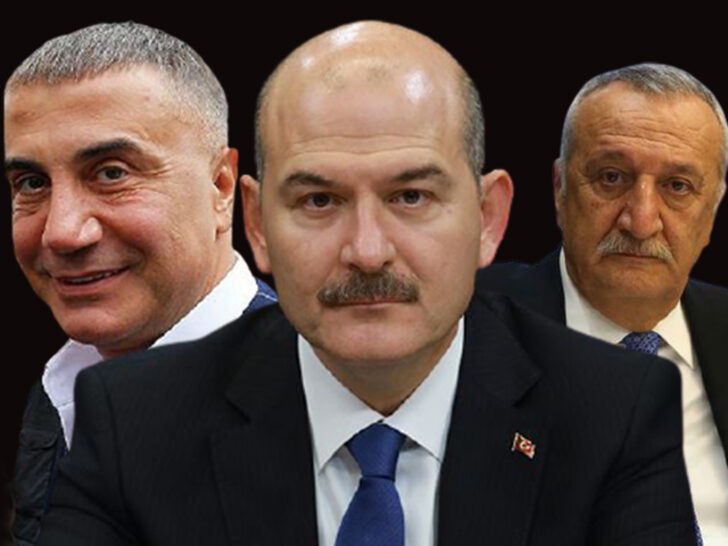 Along cultural belief lines of the Swahili coast inhabitants on the western rim of the Indian Ocean in Tanzania, East Africa, misfortunes, such as lightning, hit where they have struck before.  A serious case, like bereavement, does not care about or sympathize with the state of any family.

Before the world could forget the highly discrediting impact of a U.S. State Department 2020 report on the human rights status in Turkey, a multi-convict Mafia leader, Sedat Peker, released another inescapable shocker linking the   government of Turkey and its ruling Justice and Development Party (AKP) inner circles with organized crime! Peker’s words, to say the least, would disturb any critical mind trying to imagine and set a convergence point of good governance practicing ethical leaders and those targeting the establishment, equipping and organizing of crime gangs.

Sedat Peker, a Turkish-born ultra-nationalist turning 50 years next month and currently living in Dubai, has made serious allegations of the presence of “deep state” in Turkey headed by former Interior Minister Mehmet Agar. He has also alleged Mehmet Agar and his son, Tolga Agar, a deputy for AKP party, were involved in a suspicious death of 21-year-old Kazakh journalist, Yeldana Kaharman. Peker claims that although Yeldana, who interviewed Tolga, allegedly committed suicide, postmortem results were to the contrary and prosecutors quickly closed the case file. Another accusation Peker made against Mehmet Agar and his son was that they were involved in drug trafficking and were the recipients of the five tons of cocaine that were seized in Colombia in a ship destined for Turkey in June 2020.

In previous videos, he accused Agar of seizing Yalikavak Marina from Mübariz Mansimov, Azerbaijani-born entrepreneur and the founder of Palmali Group of Companies, a major shipping company, as well of the Azerbaijani football club Khazar Lankaran. Mansimov, who became a naturalized Turkish citizen in 2006, has invested heavily in Turkey and became one of the richest businessman in Turkey. As of 15 March 2020, he has been arrested in Turkey on allegations based around having a link to Gülen movement.

However, Peker claims it was a conspiracy against Mansimov to seize his businesses and it was Mehmet Ağar who had introduced Mansimov to Fetullah Gülen years ago.

The revelations of this multi-convict criminal leader produced far-reaching results, literally uniting the ruling and opposition party members deeply concerned with the status of Turkey and its leaders. Irrespective of their political differences, they agree on demanding government accountability over its relationship with Mafia’s Peker.

Cemil Cicek, former Justice Minister and now member of the Presidency Higher Advisory Board, urged the Judiciary to investigate Peker claims. “If even one-thousands of these claims are true, this is a disaster and very problematic…Turkey has had enough experience in the past concerning similar issues. We should learn the necessary lessons. The relevant prosecutor needs to take action and do what is necessary.” This is not the first time. In 1996, what is recorded as the Susurluk scandal, revealed close ties between the country and Mafia leaders.

Short of sending the qui tacet consentire videtur (he who keeps quiet seems to have consented) ‘legal touch’ message, Mehmet simply responded that the state can examine him whenever required.

Group deputy of the main opposition Republican People’s Party (CHP) Ozgur Ozel said the Interior Minister Suleyman Soylu was the connection point between AKP and its ally MHP and the Mafia and that the government turned a blind eye to Peker’s previous actions such as threatening the dissident academics in the country saying; “I will shower them with their own blood.”

Subsequent to threatening perceived dissidents with death, Sedat Peker, was released from prison by President Recep Tayyip Erdogan. He was acquitted by the court without even a slight warning and was embraced by the president on many occasions because of his very close relations with the AKP youth. The court accepted his words as nothing more than normal expression of one’s opinions.

President Erdogan’s own words were not very much different. “Neither in the East nor in the West is a single member of this organization (Hizmet) comfortable as before, nor will they … If not today, then tomorrow, one day every member of the FETO traitors’ front will pay for his treason against the country and the nation,” he said.

Now Peker says he has had to run away from Turkey because of personal hostility with the president’s son in law and former Finance Minister Berat Albayrak, who is held responsible for $128 billion loss in central bank reserves.   He is also linked with unexplained state-owned banks heavy losses during his tenure.

It is alleged that 720 tons of gold reserves kept abroad were brought to Turkey. But World Gold Council at the end of last quarter put the figure at 512 tons. While the absence of 208 tons sparked debate in parliament, the Banking Regulation and Supervision Agency (BRSA) reveals that for the 1st quarter, private and foreign owned banks increased their profits over the same period against a 90% drop in state-owned banks.

It is alleged that since the 2017 referendum amendment, state-owned banks are used as tools for re-election by Erdogan government according to London School of Economics. This is via growth of low-interest loans  backed by cheap credit from the government’s Credit Guarantee Fund. According to Bloomberg, as of June 2, 2020 the three largest state-owned banks were forced to   lend more aggressively to support this policy.

Vakifbank was transferred to the Treasury and a majority stake transferred to the Turkish Wealth Fund (TVF) of which Erdogan is the head. Vakifbank announced 44% drop in profit in the first quarter of 2021 to TL 750 million from TL 1.7 billion over the same period last year. Albayrak resigned in November 2020 along with the Central Bank Governor Murat Uysal, who was replaced by  Naci Agbal, who raised the key interest rate to 19 before being fired by Erdogan.

But who is this Sedat Peker, literally set to embarrass Erdogan and the ruling AKP? This man was born in Turkey’s Sakarya Province in June, 1971. Having spent time in Germany, he has been tried several times, including for the murder of drug smuggler Abdullah Topcu against which he was acquitted and fled to Romania. Peker has an almost ‘set-and-hold’ life of being sought, arrested, tried, jailed and released from prisons in respect of racketeering, coercion and incitement.

In one of these incidents, he is on record for having been visited in a foreign country prison and cheated into returning home in exchange for a short imprisonment upon pleading “guilty”.  About 23 years ago, he was brought back to Turkey, where he surrendered himself up, pleaded guilty to building criminal organization and got the promised short imprisonment (8 months against the requested seven-and-half years).

During the 2005 Operation Butterfly he was arrested and two years later found guilty of building and leading a criminal organization, robbery, forgery for which he was handed 14 years’ jail sentence. Call it the IQ or QI effect; human psychologists should be better at it. But Peker married his lawyer while in jail.

As a coincidence, during the year in which the Erdogan regime and family corruption became public, Peker got 10 years during the Ergenekon trials but was released a few months later.

It is in January 2016, (six months to the orchestrated coup) that he made the controversial statement saying: “We will let your blood in streams and we will take a shower in your blood.” He got prosecuted but was acquitted in an equally controversial court statement that those were his personal views. What he said is happening in Turkey.

Four months ago (January 2021), he was arrested in north Macedonia and expelled. Today, he is flashing news to the world about the socio, political, moral and economic   flaws of the Turkey government and ruling party. What should the world take him and his information for?

Or is Turkey now harvesting (shame?) from the official   government relationships with organized crime gangs? Could this also explain why Turkey is traced to having links with terrorist groups across several countries in the world, including Africa?

Cemil Cicek is right when calls the hinted links between the Turkey government and Mafia “a disaster.”