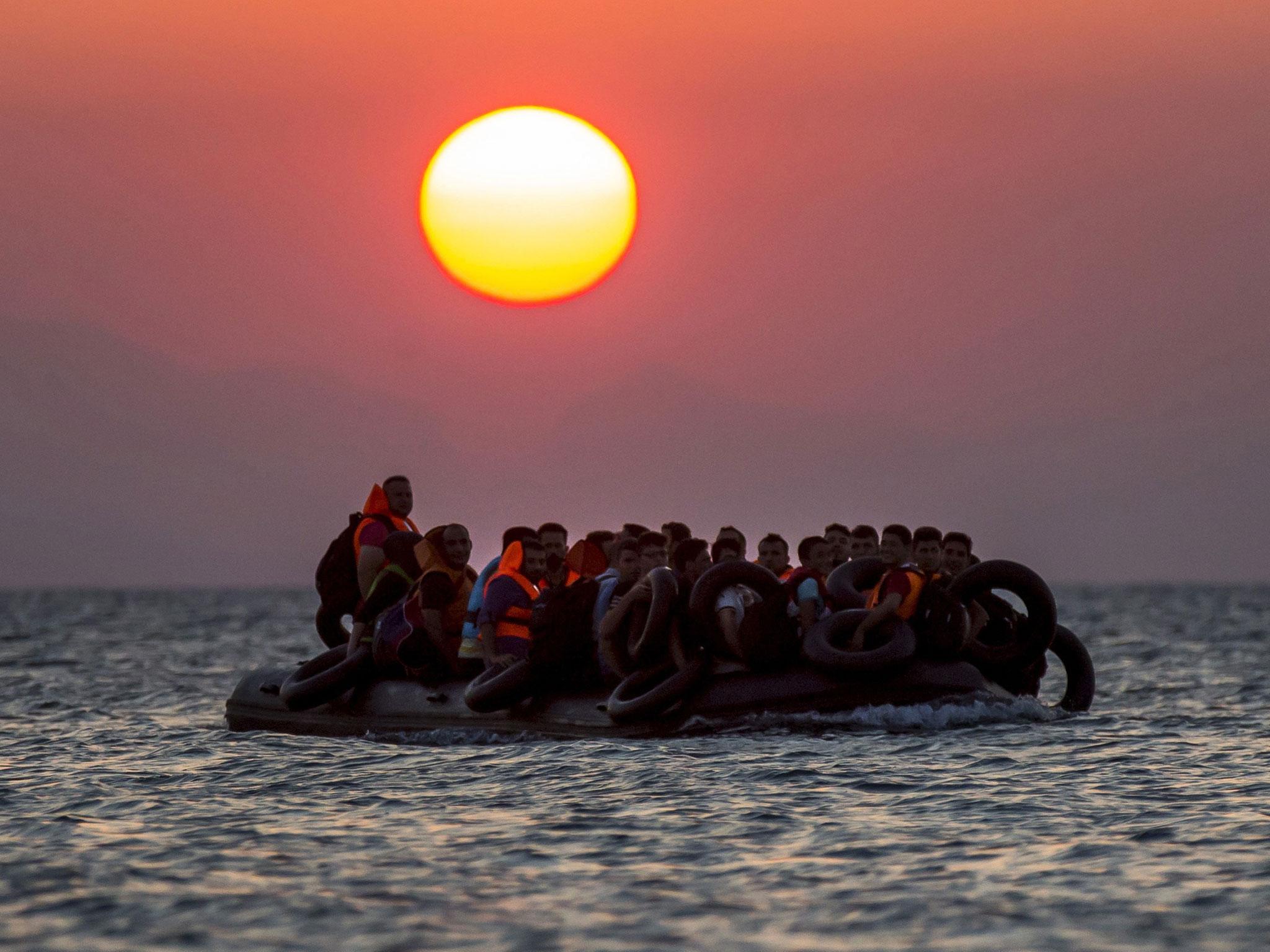 Thousands of people travel to safe countries and request for asylum every year in order to run away from the war in their home countries. The people, who do not feel safe in their own countries, carry out this transition through illegal ways in order to leave their countries. There are two options for refugees. They will either continue trying to survive against oppression, tyranny, and an environment of war in their home countries, or they will take the road and risks being assaulted or being killed on their way to freedom.

Refugees from many different nationalities, primarily from Syria, Pakistan, Afghanistan, Bangladesh, and Myanmar passes across the 191-kilometer border formed by the Evros River between Greece and Turkey almost every day risking their lives. The Evros River is filled with traces of the refugees. Torn shoes, apparels hanging down from the trees or scattered on the ground, and leftovers from food and beverages are found around the river almost every day. And the punctured boats along the shore reveal the drama of that heartbreaking story.

In addition to these, Greece is illegally carrying out the practice of push-back on the refugees who use Greece as a transition country in order to reach Europe for years. Greece sends the refugees they catch on the border back to Turkey on boats without any kind of processing or following a legal procedure with this deportation method.

Even though it is widely known that this push-back or deportation practice of Greece is against the international agreements according to the 1951 Geneva Convention article number 33, which reads “No Contracting State shall expel or return a refugee in any manner whatsoever to the frontiers of territories where his life or freedom would be threatened on account of his race, religion, nationality, membership of a particular social group or political opinion”, it is still being carried out widely by the Greek forces.

In order to arouse the attention of the responsible parties about the topic, Greek NGOs including GCR, HumanRights360, and ARSIS published a report about the push-back practice of Greece.

The report titled “‘The new normality: Continuous push-backs of third-country nationals on the Evros river”, includes the testimony of 39 people who were battered while trying to cross the Evros River. While the competent authorities, which share borders with Turkey, advocate that this push-back and maltreatment practice is against the EU law, and also national and international law, and should be taken very seriously, they also call for the authorities to take action against the practice which they identify as “a threat for the rule of law” in Greece.

According to the data of the border patrol, 600 people were sent back including Syrian, Pakistani and Afghan refugees within a month in December 2017. Such refugees, who are sent back with the push-back method, are being embarked and battered at gunpoint and taken into custody by the border patrol. It is found out that the refugees are battered during the health check, are being handed over to the Edirne Immigration Authority.

Turkish refugees are forced to cross into the Greek border in order to escape from the oppression of the Erdogan regime for the last three years as a result of the so-called 15 July 2016 coup attempt.

Most of the refugees, who manage to cross the Evros River, are caught by the Greek security forces only to be handed over to Edirne Immigration Authority. Just a few lucky refugees manage to take shelter in the villages near the Evros River. Most of the Turkish people are taken into custody right after they set foot back on Turkey.

The first push-back practice on Turkish individuals was experienced by the Capan family according to the official records. According to the information obtained from the Hellenic League for Human Rights, a journalist Murat Capan, a journalist worked for Nokta Magazine in the past, together with his wife and three children were sent back to Turkey by a group of five masked men wearing camouflage after they crossed the Evros River. Capan was arrested and sentenced to 22.5 years in prison.

Another incident took place in September 2018 when 6 refugees were battered and pushed back.

Most recently, Turkish people are being sent back more often. According to the news by Zubeyir Koculu on IPA New, an asylum-seeking Turkish family, H. and S. Gul together with their three children, entered Greece last week. They were sent back to Turkey by camouflage-wearing masked individuals with different nationalities. While the Turkish gendarmerie released the Afghan and Syrian refugees, they arrested H. and S. Gul.

Another incident was about the disappearing of a family of 4 people. Later, it was reported that Turkish soldiers arrested four Turkish nationals A. Akinci (42), M. Akinci (40), and delivered the children to their relatives.

Last Friday, it was revealed that a group of 11 Turkish refugees, who were beaten by some armed men only to be sent back to Turkey, crossed into Greece again on Saturday.