Regrets from Turkish women on 2022 IWD 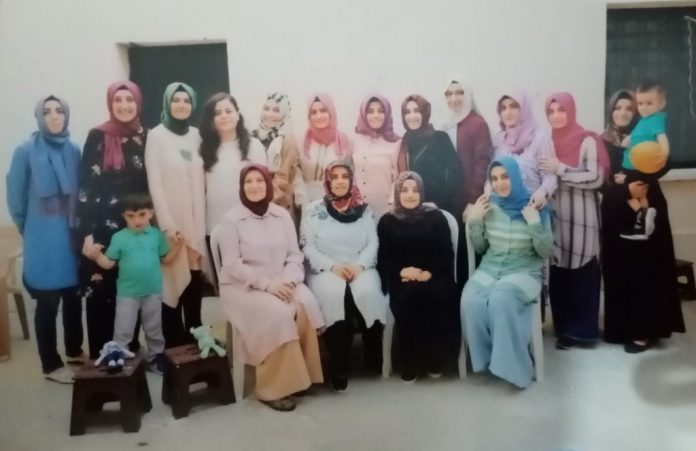 It’s 8-March again, this time round a Tuesday, 2022. It is the date the world marks the International Women’s Day (IWD). I hesitate to use the word “celebration”. Even the COVID-19 pandemic seems to be sidelined as a world issue as the United Nations reveals more than one-and-half million people (including women and children) having fled Ukraine (definitely no social distancing) following Russia’s invasion on President Vladimir Putin’s “Anti-Nazi Mission” which is not the subject of this article.

“Gender equality today for a sustainable tomorrow” is this year’s IDW theme. UN Secretary General Antonio Guteres cautions on backwards spinning clock on gender equality and calls for “effective action for women by women”. He sounds like reading from the Constitution of the United States articles.  My mind also recalls the Saturday Mothers of Turkey as a practical example of his contention because, as he points out, women and girls have frequently borne the brunt of whatever consequences.

What is the state of gender equality in Turkey today? Does it read like what the UN Secretary General Guteres talks about – “backwards spinning clock”?

In the history of Turkey, there are records of the Sultanate of Women of the Imperial Harlem under which underage sultans ruled on decisions made by their mothers and elder sisters (princesses).  During the Ottoman Empire Turkish women, towards the end of the 19th and beginning of the 20th century, were not silent about discrimination. They established the Ottoman Women’s Welfare Organization. During the Turkish War of Independence, Kara Fatma, was a successful militia leader.

In 1930 Mustafa Kemal Ataturk — the Father of Turkey— took the lead ahead of many European countries in giving women regional political right to elect and be elected, making it applicable all over the country four years later.

In 1990 the General Directorate for the Status and Problems of Women was established with the objective of protecting women’s rights and strengthening the position of women in social, economic, cultural and   political life. In 1993, Turkey got the first woman Prime Minister Tansu Ciller. It was the first country to have a woman as president of the Constitutional Court.

Turkey was given prominence during the Council of Europe process of the Convention on the Elimination of All Forms of Discrimination Against Women tagged Istanbul. Turkey was the first country to ratify the Convention in 2012 coming into force in 2014.

Now the question becomes: “Where did Turkey go wrong to give room to the rise of injustices like arbitrary arrests, detention, trumped up charges, imprisonment of women and girls and even, strip searches? The 2021Global Gender Gap Report ranked Turkey 133 out of 156 countries.

All that is taking place today on the ground can be traced to the coming on the politics’ scene of the conservative Justice and Development Party (AKP) in 2003 with camouflaged religious-based values that have shaped the country’s political and social life.

The story turned around when in July,2020, AKP Deputy Chair said Turkey’s decision to ratify the Istanbul Convention and its Optional Protocol was wrong and hinted on possible withdrawal.  And it happened following a decree signed by President Recep Tayyip Erdogan on the pretext that the Convention threatens “family values” and “normalizes homosexuality”. The move attracted strong opposition at home and abroad.

Amnesty International said “at the stroke of midnight … Turkey turned its back on the gold standard for the safety of women and girls. The withdrawal sends a reckless and dangerous message to perpetrators who abuse, maim and kill that they can carry on doing so with impunity.” Turkey had set back the clock ten years on women’s rights and set a terrifying precedent…”

In September 2020 a female politician of Kurdish origin was sentenced to 11 months’ jail for calling President Erdogan an enemy of women in a speech she made four years earlier. AKP in 2016 sought to introduce a law which would have made child rape no longer punishable in case the perpetrator could make a promise to marry the victim. What an inconsiderate justice delivery arrangement.

About five months ago (October, 2021) DW Turkish Service quoted a study by the Right to Life Association citing 345   children under six years in Turkish jails with their mothers. Looked at from another angle, there were 345 mothers in prisons accompanied by their children.

According to the report, the children were treated like other inmates on top of being traumatized by strip-searches, not receiving sufficient medical care and having difficulty getting time to play. Human Rights Foundation of Turkey Secretary-General Caskun Usterci said “even if imprisonment is absolutely necessary, female inmates with children should be in prisons with special and better conditions where the children can be raised well.” DW quoted Ankara Bar Association as saying “we don’t even know if children are allowed to see daylight…”

What crimes that send the mothers to jail. Most of the mothers have been jailed because of being suspected to have links with the Gulen Movement, which Erdogan accuses of masterminding the planned to fail July 15, 2016 coup.

In September last year, 20 university students were sentenced to maximum sentences ranging from six to ten years in prison for having links with the Gulen Movement. The students were reported to have complained of having been forced to undergo strip-searches a year earlier while in detention. This denies them the right to education.

According to an account given by one of them on condition of anonymity, their ordeal started when they arrived at the police detention centre. They were asked to remove their headscarves in front of male and female officers contradicting the required Islam hijab observation.

A worse kind of inhuman treatment was to come when they were subjected to strip-searches. They were asked to get undressed by female officers in front of them and to squat. The witness said she had to go through this process twice. Student who wanted to consult with their lawyers were denied this chance.

As the world marks 2022 International Women’s Day, UN Secretary General Antonio Guteres could not have been more right when he cautioned on backwards spinning clock on gender equality. And his observation could be more of a statement of fact for Turkey, where, in fact the present status of gender equality is worse than what it was during the Ottoman era.

If Turkish women have anything to observe during this year’s IDW it is regret upon regret only at the hands of the Erdogan and ruling party. Turkey was the first country to ratify the Istanbul Convention in 2012 and the first to leave, literally taking everything relating to gender equality in the country back to zero.