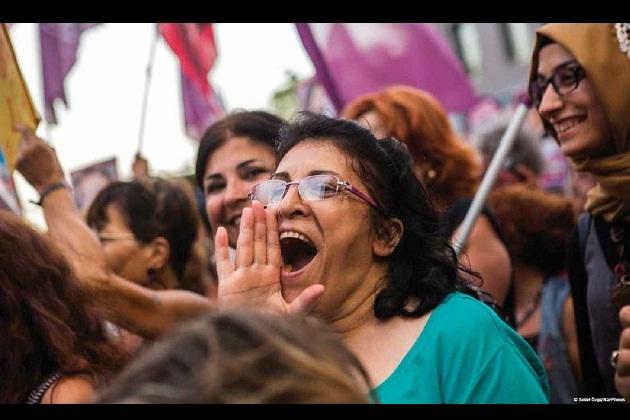 The extensive research that aimed to reveal Turkish people perception about internal and external issues released under the title of Turkey’s Social, Political Perception Research (TSSEA) 2018 indicated that 40 percent of Turkish people would like to move to outside of Turkey. Members of opposition party are high among people who want to live in foreign countries. The survey was conducted in 26 cities with 1000 representative respondents in Turkey. The results introduced to media in January 30th 2019 and received many critics and extensive attention.

The Center of Turkish Studies (CTRS) of Kadir Has University has been conducting the research of public perception since 2010 by a veteran academician group under the supervision of Prof. Dr. Mustafa Aydin. Prof. Aydin is well known by academicians and scholars in South Caucasus countries. The reports highlights interesting data and gives us clue of what is going on in Turkish people head.

One of the main shifts in the public perception results in 2018 was the change in loyalists’ to their party. The divergent perception of devotion to their party is historically changed. Research of 2015 identified a new political and religious oriented group as named “religious or pious” this group has been gradually increasing and reached 38.9 percent , on the other side, in same year another group who claimed to be “political conservative” relatively decreased by 13.5 percent in 2018. The huge decline and divergent came from pious and conservative, while they were 37.1 percent in 2014, peaked to 47.4 percent in 2017 however it respectively dipped to 44.4 percent resulted in 2018 research.

On the other hand, as an opposing camp to conservative and religious groups, the group who identified themselves as Republican and Kemalists composed of percent 16 by a one percent increase in 2018. Social Democrat, another political ground is slid down to percent 6.3 by percent 4 down in 2018.

Supports for military cross border operations to Northern ( Syria and Iraq) is declined from 56.4 to 45.1 percent , however the Euphrates and Olive branch operation has been responded as successful military operations. Turkey’s foreign policy toward Syria has 4 point decreased compared to 2017, assessing which party member finds the Syrian policy is more successful are mostly from JDP members, while other party members find it a failed foreign policy.

Some 58.7 percent Turkish population wanted Turkey to continue NATO membership, interestingly, 41.9 percent believe that Turkey can secure herself without being NATO member, while 34.8 percent said Turkey can’t protect herself without NATO. On the other side of the coin, 48.9 percent population want to see Turkey to improve negotiations with European Union by 5 point increased in 2018, looking into previous year’s data, the support for EU is going upward, 71.4 percent in 2014, 65.1 percent in 2015, 45.7percent in 2017 and 51.8percent 2018. 15.4 percent increase came from the group who identified as “conservative”. According to survey results, if Turkey is at the danger of being divided has been declining in previous years so in 2018, 18.8 percent responded yes to the question figure compared to 28.8 in 2017. Interestingly, only 15.0 percent ethnically Kurdish population believe the division, while 19 percent ethnically Turkish believe there will be division in Turkey.

Study shows Anti American sentiment hit high in 2018 in Turkey. By 17.6 percent increasing, 81.9 percent public see the United States of America as a number one threat to national security followed by the second country pose a threat is Israel by 63.3 percent, third Armenia and fourth England.

The list of Turkey’s best friend or strategic partner countries haven’t been changed, according to study, Azerbaijan is the number one by 63 percent, following Northern Cyprus, Pakistan and other Muslim countries. There is a trend upward since 2017 toward to Muslim countries that public wants Turkey to develop more relationship and foreign policy with Muslim populated countries by 19.6 percent, followed Russia by 18.2 percent, and 17.5 percent Turkey must act unilaterally not need for alliances. 37 percent thinks Georgia is a friend country compared to 30 percent in 2017.

Report also revealed the most and least trusted institutions as well, Gendarmerie (military police) is the most trusted, except Gendarmerie, all institutions received least trust fall down to 55 percent, one of the least trust was the office of presidency has it dropped to 44.1 percent from 56.6 in 2017. Trust to military is also shown decline from 60 in 2017 to 51.2 in 2018 listed as second highest.

The least trust institution is media as it has been in previous years. Only 31 percent believe that Turkish media is trusted.

Another highlights from the reports shows that, despite the drop in 2017, only 30.8 percent believe think that Justice System is politicized.

Study also revealed insights about happiness indexes of Turkish people. Only 38.8 percent said they are happy to live in Turkey, figures come mostly from JDP members, 19.8 percent said neither happy nor unhappy composed of opposition parties. 40 percent of Turkish people would like to move to outside of Turkey, members of opposition party are high among people who want to live in foreign countries.

American Pastoral Wisdom: Of Frank Lloyd Wright’s and On Freedom