Russia and West won’t go to war; Putin is merely testing the waters 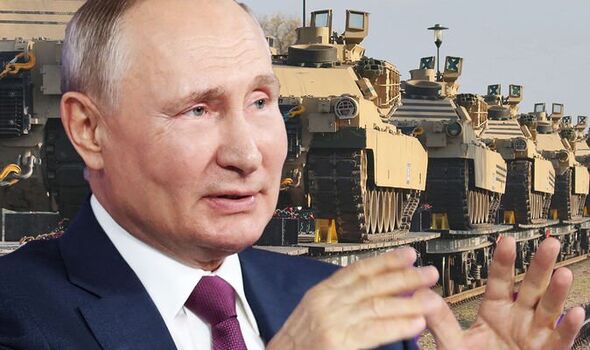 Recent security concerns make it appear as if war might erupt between Russia and the West. This will not happen.

For Russia, the issue is a sense of survival. For the West, it is one of prestige. The Ukrainian crisis, argues University of Chicago’s John Mearsheimer, is American induced.

The current Russian sense of security concern goes back to February 1945 when leaders of three big powers met at Yalta in Crimea, within the Soviet Union, to discuss the fate of post-war world.

Russia annexed Crimea in 1783 following its victory in the Russo-Turkish War of 1768 to 1774. In that meeting of victors, were Franklin Delano Roosevelt of the United States, Britain’s Winston Churchill, and Russia’s Joseph Stalin.

Roosevelt wanted the establishment of the United Nations. Stalin agreed on condition of protecting big country interests with veto powers at the Security Council. The Soviets also acquired three General Assembly memberships comprising veto-wielding Russia and the neighbouring ‘states’ of Ukraine and Byelorussia. Churchill worried about securing Poland because Britain had gone to war on account of Poland.

In between Yalta and the dismantling of the Soviet Union at the end of the Cold War were dramatic events related to the Russian sense of security. Stalin turned Eastern Europe into a security buffer zone by organising ‘democratic elections’ in which only the communists won.

When Stalin died in 1953, Nikita Khrushchev emerged the eventual winner in a Kremlin internal power struggle. A former communist party chief in Ukraine, Khrushchev, indulged in power consolidation activities which included donating Crimea to Ukraine in 1954 largely to win the support of Ukrainian elite against his rivals in Moscow.

His sense of Russian security meant two things. First was suppressing challenges to Soviet authority in Hungary in 1956 and second to engage in ideological expansion to compete with the West outside the Soviet zone of influence. Since the United States had missiles in Turkey, he decided to expand Soviet security by placing missiles in Cuba that led to the 1962 near mutual annihilation.

By then, Americans had developed obsession to embarrass and annihilate Russia. That obsession continued even when Mikhail Gorbachev sacrificed the Soviet system to save Russia and naïvely believed in American promises that NATO would not expand into Eastern Europe.

With Putin, the primacy of Russian sense of survival takes centre-stage and everything else is secondary. With some Ukraine officials equally induced to ignore Russia’s security concerns, Putin found excuse to reclaim Crimea in 2014, started sable-rattling at the border, engaged in war games in Byelorussia, and waits to see what the West will do.

Russia’s fear of attacks tends to override other logics and it is not alone in believing that survival trashes any other reason.