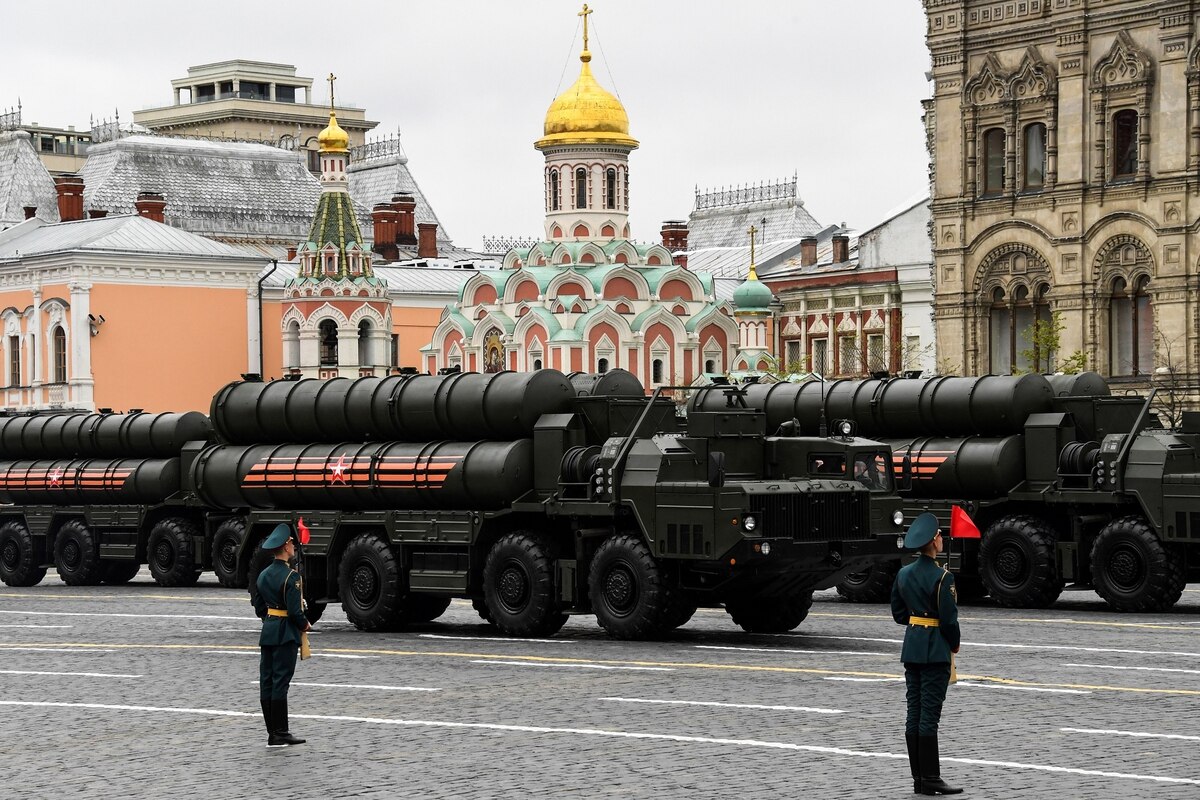 Turkey’s Ministry of Defense announced the start of the shipping of the S-400 anti-aircraft weapon systems that have been occupying the agenda for a while with the following statement: “Deployment of the first group equipment of the S-400 Long Range Regional Air and Missile Defense System in Turkey has started as of July 12, 2019”

Turkey’s purchasing of Russian air defense system S-400, despite all of the warnings issued by the US and NATO, led to the sanctions of the White House and Pentagon. Washington has announced that Turkey is removed from the F-35 program.

Naturally, the Foreign Ministry of Turkey has reacted to this disclosure. Another move came from Russia against this sanction of the US. Sergey Chemezov, the director of the Russian weapons technology manufacturing company Rostec, stated that they are ready for the negotiations for the shipment of the SU-35 fighter jets upon Turkey’s request. Moscow has been approaching strategically to the S-400 technology that is being shipped to Turkey since the very beginning. It is a critical situation since there is potential to form more serious military associations with the countries in the Middle East through Turkey which is a NATO member. The market for arms sale has expanded. Leonid Slutsky, President of the Russian Parliament’s Foreign Relations Commission, described the S-400 shipment as the “first shot”. Slutsky himself has been suffering from sanctions imposed by the US and Europe since 2014.

Russian decision-makers are well aware of how they made an important move with the S-400 sale. They caused a deep breakup among NATO members for the first time. Turkey, which has one of the most powerful armies of NATO, established such a close strategic relationship with Russia for the first time. US-Turkey relations came to a deadlock as never seen before. Russia, which has been isolated because of matters such as Ukraine, Crimea, and former KGB agent Sergei Skripal, successfully entrained Turkey inside the Russian-lead Eastern bloc where Iran and China are also involved in. The dream of the Russian elites since Tsarism which is to go down to the warm waters is being fulfilled thanks to Turkey’s step by step disconnection from the Western alliance. It is necessary to comprehend the matters of S-400s, Akkuyu Nuclear Power Plant, and the port permit granted to Russia in this direction.

Another thing that should not be overlooked is that Russia offers “very suitable conditions” for the payment plan of the S-400s and after this agreement, there is a possibility to participate in the joint production of S-500 air defense system. As you will recall, Erdogan had expressed his interest in the S-500s in his speech. He had also stated that he had proposed Russian President Vladimir Putin in the summer of 2018 to produce the S-500s together. Moscow had not commented on Erdogan’s statements back then but Krelim spokesperson Peskov had stated that such a meeting had existed and confirmed that there is a possibility of such a contract between Russia and Turkey about the S-500s.

The fact that Putin and Erdogan discuss the joint projects about new systems while the production license for the S-500s does not even exist in Russia shows that there are some political solidarity gestures going on for both sides.

If we compare Russia’s foreign policy with the US specific to the Middle East, it is possible to say that Moscow succeeds in elaborating. Foreign Minister Sergey Lavrov and his team should be appreciated on this matter. Russia took the right steps and used the possibilities on the right spot. Russia made arms sales by seeing some loopholes and thus developed cooperations in the defense industry over time. During this period, the S-400s became a foreign policy instrument for Russia. This missile battery system did not only attract the attention of Middle Eastern countries. Aside from Turkey, the long-range surface-to-air missile sales established and prolonged long-term collaborations with buyers such as China and India. In addition, the possibility of other countries such as Qatar, Vietnam, and Egypt purchasing the S-400s increase Russia’s options and broadens the range of action for its foreign policy.

The most important factor for Turkey to be driven into this choice is the surfacing of the corruption and bribe scandal about President Tayyip Erdogan and his entourage which was heard by the whole world back in the last month of the year 2013. As it is known, Ankara incrementally suspended its relations with the West. Turkey started entering into the orbit of Russia and China more and settled there after the subsequent controlled coup attempt on 15 July 2016. Although TSK (Turkish Armed Forces) cannot provide an answer who the S-400s will defend Turkey against; this agreement was made to strengthen the ostensible strategic bond, like giving an international bribe, in order to strengthen Turkey’s position around Kremlin’s orbit.

These AKP-controlled (Justice and Development Party) steps taken dragged Turkey into controversial military agreements. Whether the S-400s will be used is a separate matter but Ankara has positioned itself within the bloc of Russia, China, and Iran together with this move. This step of Turkey was perceived a little bit hesitantly by Moscow in some respects. For example, if the Putin-Erdogan partnership ends and Russia crosses the red lines of Turkey in the region, there are some doubts that the Turkish side might use S-400 systems against Russian aircraft. That is of course if it is systematically possible for Turkey to use the S-400s against Russia. Moreover, Turkey’s potential to expose the technology of S-400 to the West or NATO in the future with a different agreement with the US.

Turkey to Pay the Price!

The options regarding the deployment of the S-400s to a third country or keeping the already delivered systems without opening the boxes inside the hangars are off the agenda after Ankara’s statement. Another option that is no longer a main topic is the technical working group offered by Turkey in order to address the concerns of the US about the problems caused by the deployment of the S-400s and F-35s together.

Turkey has made its final decision and received the S-400s. The country spent 9 billion for the F-35 project and it is now excluded from it. We are in the process of monitoring how and when the sanctions mentioned by the US for a long time will be imposed. It is a known fact that Turkey’s purchase of S-400s enters into the legal scope which is called Countering America’s Adversaries Through Sanctions Act (CAATSA) of the US. This act dictates that the US government must apply a minimum of 5 sanctions out of a total of 12 within the scope of this law. It is predicted that the decisions that will be taken by the US in determining the extent, severity, and timing of the sanctions will have a profound impact on the future of Ankara-Washington relations.

Washington’s attitude may lead to new/expanding cooperation channels between Ankara and Moscow. As it is known, Ankara might be more dependent on Moscow in the fields of energy, agriculture, tourism, economy, and politics. If the hot encounter of Trump during the G-20 leaders’ summit in Japan continues somehow after this process, Ankara will continue to move back and forth between Moscow and Washington.