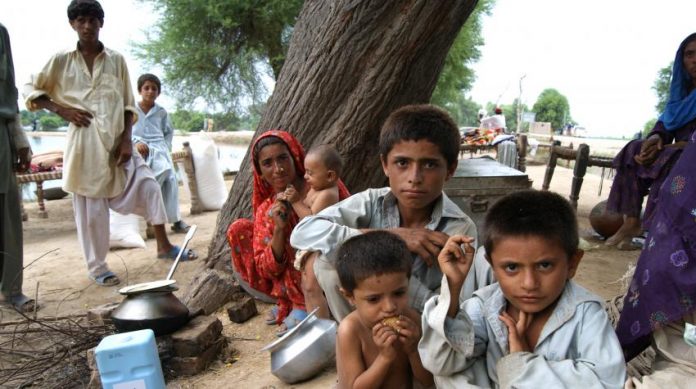 It is 1, August 2022, a Monday. Turkey Defense Ministry records put it at 0530 GMT, 08:30 am local time. It’s a real morning worth the popular greeting. It’s dateline Odessa, Ukraine. Depending on the in-house policy, every media outlet comes out in their own way. But generally, they proclaim: “First Ukraine grain ship leaves Odessa port”. Their intros fully uphold the reporter’s “5Ws+H” golden rule. They agree that the first ship carrying more than 26,000 metric tonnes of grain has left Odessa port (Monday morning) under a United Nations-brokered deal to ease the global food crisis occasioned by the Russian invasion of Ukraine.

History really repeats itself. Those who have read the other Frederick’s two books, The Day of the Jackal, which preceded The Odessa File and The Dogs of War, which came after it, will appreciate how a critical follow-up of the flow of the    Russian invasion of Ukraine story to the day of signing an agreement that has seen grain supplies to the world resume, blends in well with World War II-related historical facts and real life on the ground.

These, however, do not constitute the subject matter of this analysis although a short flash into history could provide some interlude. You are at liberty to take or leave it. The name Odessa is a near-legend 1946 perception of or reference to a famed code name of the United States for the post-war Nazi underground escape route plans. It is said to have found its root from the German Organisation der ehemaligen SS-Angehoerignn – the organization of former SS (secret service) members.

Furthermore, the route plans were also called ratlines. Strange but true, their concept and practice have weathered the storm of time to survive along the East African Swahili coastline on the western rim of the Indian Ocean where until today law enforcers decry Panya Road headaches.  Mainland Tanzania, Tanganyika, was part of the German East Africa colony along with Rwanda and Burundi countries, with which it shares membership in the East African Community (EAC) grouping.  Together they suffer the post-WW II Ratline Syndrome, so to say when dealing with crime.

To give the devil his worth, as an English saying goes, or in response to the first ex-Ukraine grain cargo shipment, the United Nations Secretary-General Antonio Guterres, NATO Secretary-General Jens Stoltenberg and many world government and international agency leaders thanked Turkey.  While Stoltenberg referred to “Turkey’s pivotal role”, Guterres spoke of the country’s “efforts and leadership.” Both looked at the departure of the cargo as the beginning of similar trips out of Ukraine for the full implementation of the deal.

“Today’s departure is an enormous collective achievement by the Joint Coordination Centre set up last week in Istanbul under the United Nations auspices with representatives from Ukraine, the Russian Federation and Turkiye. Ensuring that grain, fertilizers and other food-related items are available at reasonable prices to developing countries is a humanitarian imperative. People on the verge of famine need these agreements to work in order to survive”, the United Nations chief told the press.

Norway, Sweden, France, and Italy applauded the development cautioning on the importance of ensuring these shipments continue to cover all existing commitments. Congratulations also came from the G-20 and OECD member states. The European Union Foreign Affairs spokesperson Peter Stano was quoted in the press as saying: “We look forward to the implementation of the whole deal and resumption of Ukrainian to the customers all around the world.”

The head of the United Nations World Food Program (WFP), David Beasley, sort of capped the situation on when he cautioned: “…This is HOPE. Let’s keep it going.” In so doing, the WFP chief sort of agreed with Reuters whose story was borne by a single-quote ‘Glimmer of hope’ headline as Ukraine grain ship leaves Odessa port, professionally calling for readers’ attention to something that may not be real or actual.

Last month in July, the International Monetary Fund (IMF) World Economic Outlook raised an alarm saying “the link between prices and social stability means that further barriers to trade or a poor harvest due to extreme heat and fertilizer shortages, risk causing further hardship, famine or unrest.” It added that such risks “could be alleviated by easing logistic hurdles brought about by the invasion of Ukraine, including the Black Sea blockade.”

The situation on the ground, according to Ukrainian officials, was that 17 ships were docked with almost 600,000 tons or cargo, mostly grain, while the shipment deal is expected to release about 22 million tonnes stocked in Ukrainian silos and ease the global food crisis.

The whole world must appreciate that the “safe grain corridor” agreement is a product of six weeks, day and night, Turkey’s diplomatic efforts in Istanbul, the country’s commercial capital, now playing a critical global role. It is gratifying to hear from Turkey’s Foreign Minister that there will be a ship leaving designated Ukrainian ports every day.

All said, is that all there is to learn and gain from the “safe grain corridor” experience? No. There is a lot more. And more so for Turkey, which has been praised for playing a “pivotal role” by NATO and displaying “efforts and leadership” by the UN. Time is ripe for the leaders of Turkey to also appreciate the fact that charity begins at home. African indigenous knowledge disapproves leaving one’s burning house and rushing to put off that of your neighbor’s.

Turkey needs a shipment of Ukrainian grain of peace, democracy, tolerance, justice delivery and respect for international laws and protocols to which it is party. Turkey criticized Russia’s invasion of Ukraine although it does not partake in enforcing sanctions. Does this justify shelling of targets across borders in northeastern Syria and north Iraq? Putin said he was on an operation to de-Nazify Ukraine. Is Turkey doing so to de-Kurdify Iraq and Syria?

Turkey is a very strategic United States, NATO, and West ally. How does it reconcile this with the Eurasianism so-called view of “quitting and acting independently by aligning with the Russian and Chinese axis since those powers are trying to divide the country through their support of Kurdish militants?” The UN has filed a special request with Turkey to revert to the   Istanbul Convention for the protection of women’s rights.

To all these and similar national regional and global protocols, Turkey needs a special shipment of Ukrainian grain of sincerity, the absence of which erodes President Erdogan and the ruling AKP Party’s public trust, particularly at this critical time when the country is heading to next year’s parliamentary and presidential polls.

Man does not live on grains (bread) alone. He also needs peace, love, sincerity, unity, justice … The list is as long as it is a must for a better country or world to live in. Turkey leaders must learn from the Ukrainian “safe grain corridor” experience towards which they have contributed a lot. Where there is a will there is a way.