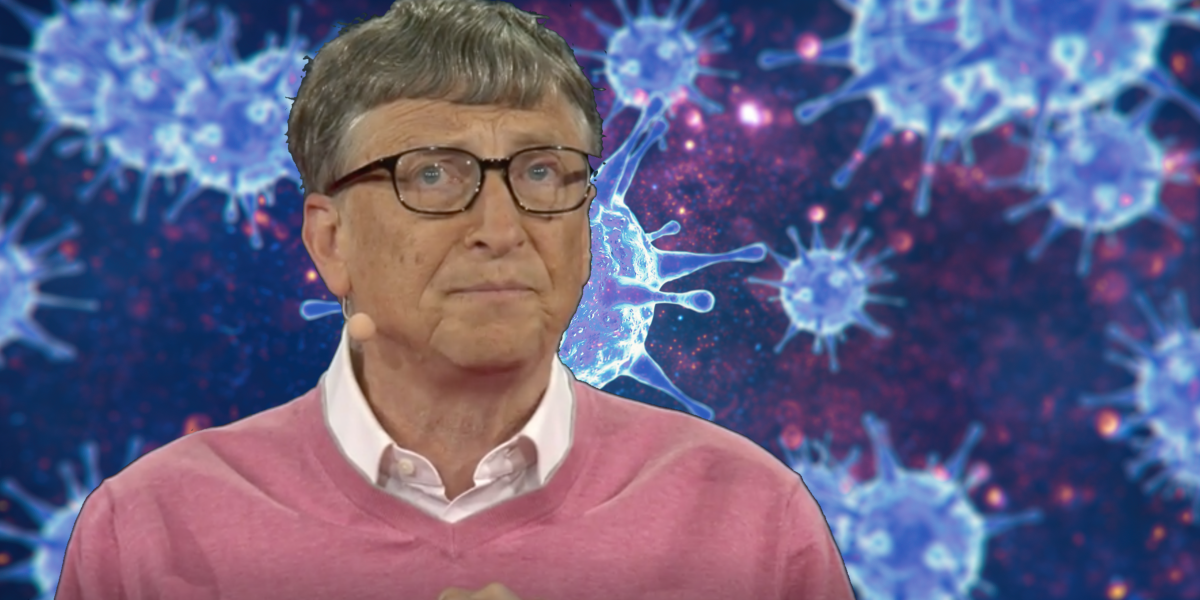 Born before computers (BBC), very often when I want to sign-in any of my social media internet accounts, in particular, I am asked: “Forgot your password?” Depending on how fast (slow?) I respond, sometimes I am prompted to reset the account in question.

This is fine for me. Fellow BBCs in my part of the world, Tanzania in East Africa, mistake computer literacy for an in-law—a never-touch, demanding traditional social distancing almost equal to that of the conventional novel coronavirus.

I wonder if the same question can be put to billionaire Bill Gates –Microsoft co-founder, turned-global-philanthropist, now symbolically with folders laden with multiple negative opinion files saved on the COVID-19 pandemic hard disk.

This phenomenon came to my mind as I went through a barrage of battle frontline-like reports on what qualifies to be the yet undated Corona War being waged at similar levels comparable to the past two world wars. The Corona War already has casualty figures of deaths, prisoners (under quarantine and treatment) and swapped soldiers with death (recovered).

The world’s strongest power, the United States, leads the list of the most seriously affected (MSA) countries.

The latest Corona War shock report reaching my home desk pitches the United States, China and Bill and Melinda Gates Foundation at the centre of the source and spread of the SARS-CoV-2 causing the COVID-19 pandemic which has practically brought the whole world systems down on their knees.

The report is based on allegedly (my addition as a professional sub) 25,000 hacked e-mails belonging to the US National Institute of Health, Bill & Melinda Gates, the Wuhan Institute of Virology, the World Bank and World Health Organisation.

This is happening in the background of the US holding the virus escaped from the Wuhan labs while China denies this, claiming it was brought there by US soldiers who participated in the Olympic army games. The Gates Foundation stands in the middle on a “gain of function” research funding charge which revolves on the axis of adding deadly viruses. This point in time, it is alleged to be behind research activities leading to combining three diseases into one coronavirus responsible for the COVID-19 pandemic – all for gain as the concept and practice read in essence.

I get involved in a big debate with friends across the globe. My argument is not that the Foundation cannot get involved in the “gain of function” game. No. It is that if philanthropy can go that far low, then something must have gone wrong somewhere with the practitioners. These need counseling. Short of that, a critical need arises for taking the Foundation’s Communication Strategy back on the drawing boards.

“It can be a good idea”, one of my friends observes but quickly cautions: “I don’t think they will follow (listen) … because their stimulus is more and more gain.” All the same, I decide to carry on. Indigenous African knowledge says: “Empisi ekanyampila eibale …” – strategically meaning, in the hope of sending an almost impossible message across, “the leopard made wind on the rock…”

In connection with the COVID-19 pandemic, I receive a video show clip via WhatsApp from a US contact. In it, a lady ‘presenter’ refers to “a recent study” (having) established “three different strains of Coronavirus” with equally different ranges of severity on infected humans. She asks: “Does this mean immunity is impossible? Will the vaccine work? And, how about (‘the recovered’) people being re-infected..?”

She assigns the virus strains the Algebraic ABC characters (nothing to do with American broadcasting) and goes on to present what sounds like a Coronavirus quadratic equation. The characters individually and severally traverse routes across the West and East American coasts, China (and rest of Asia), and Europe.

“Type C” emerges for the first time in Italy from where the world gets the shock of the novel Coronavirus experience. I had a share. My son sends me a message that his Physics subject teacher — heavy smoker– had died of COVID-19-related complication. I also receive death news of a Tanzanian Catholic nun, who was serving in Italy. May their souls rest in peace. Amen.

The core message of the show does not take long to take shape. As I was patching up this piece, undated breaking news arrives on my home desk with a rather laborious and involving headline: “COVID-19 has now mutated to over 30 strains, says China.” It refers to a study conducted on infected individuals. This clearly sends a message home of a further delay on the development of vaccines.

This notwithstanding, claims of vaccine and medicine discoveries circulate in many corners of the world, definitely sending wrong messages across. The World Health Organisation Director General, Dr. Tedros Adhanom Ghebreyesus, makes a quick and timely intervention. He warns that the Coronavirus will not end any time soon. “Make no mistake; we have a long way to go. The virus will be with us for a long time (to come).”

For quite a long time back, Bill Gates took pains to predict that the greater risk to humanity was not nuclear war but an infectious virus that could threaten the lives of millions of people. Against this vision, he went ahead and donated $250million embracing the importance of developing a safe and effective vaccine and supported by the creation of a government-funded manufacturing infrastructure.

As fate would have it, on the heels of this emerged a range of conspiracy theory activities mounted by anti-vaccine groups. From his warning, some quarters (erroneously?) deduce Bill Gates had hatched a Coronavirus plot to profiteer from its vaccine part and use illness to cut down the global population.

What a serious charge! Slowly, the Gates’ public image, if compared to an iron structure out in the open, ends up standing in the blowing wind, carrying along with it saline humid air. It goes rusty, prompting CEO Mark Suzman to comment: “It is distressing that there are people spreading misinformation(s) when we should be looking for ways to collaborate and save lives.”

A charge of science practice without humanity, to borrow from Mahatma Gandhi’s Seven Blunders of the World, should be the last thing to find a place even in the flesh of the people concerning a philanthropic institution.

To say the least, this is embarrassing to the Foundation whose mission statement “is guided by the belief that every life has equal value … works to help all people lead healthy, productive lives … and give them the chance to lift themselves out of hunger and extreme poverty.”

Online disinformation fighter Claire Wardle observes such narratives “have the potential to kick off coordinated and sophisticated online campaigns that turn people against taking virus vaccine.”

Billy Gates himself has to work overtime. He appears on TV and op-ed pages and in Reddit forms. He criticizes Donald Trump’s policies including cut funding to the WHO, calling it dangerous. He crosses the good communication strategy borders and touches on his president’s handicap in distinguishing between HIV which refers to Human Immunodeficiency Virus and causes AIDS from HPV which is the Human Papilloma Virus, a sexually transmitted infection.

As we say in Africa that: “A court case doesn’t distinguish a house already in trouble,” a White House petition to investigate the Bill and Melinda Gates Foundation “for crimes against humanity” and “medical malpractice” has amassed almost four times the number required to get White House response, which is 100,000.

Prominent on the petitioners’ list is Robert F. Kennedy Jr who criticizes Bill Gates for what he describes as “a messianic conviction that he is ordained to save the world with technology and a god-like willingness to experiment with the lives of lesser humans.”

He charges that “vaccines for Bill Gates are a strategic philanthropy that feed many vaccine related businesses and give him dictatorial control over global health policy –the spear tip of corporate neo-imperialism.”

Pending what is likely to emerge from the configuration of all these factors surrounding the COVID-19 pandemic, the Bill Gates Foundation has an uphill image building task. A multi-sieve tool is required to separate misinformation from genuine public concerns – all of which deserve corporate address. Could this require the Foundation to reset its global account?