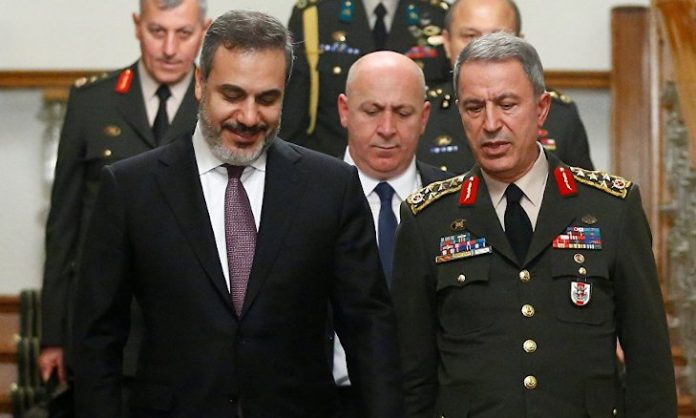 There is a road traffic case I will not live to forget. Facing a drunken driving charge, a driver told the court during examination-in-chief that as he was negotiating a bend, he saw coconut trees coming his way. The prosecutor asked: “Do trees move?” The driver kept quiet. “I’ve nothing to add, Your Honour,” the prosecutor said. “Cooourt”, the magistrate said. We all rose. Five minutes later he came back and convicted the driver.

I remembered the scenario of this court case I covered towards the end of the 1960s revolving on the “qui tacet…”  in law practice as unresolved instances of Turkey’s integrity and accountability kept on arriving on my desk in connection with the pre- and post- planned-to-fail July 15, 2016 coup period.

Without having to shake the bones of Greek moral philosopher Socrates (c. 470-399 BC) or his student Plato (429-347 B.C.E.), that is all about a logic maxim which reads full in Latin as: “Qui tacet consentire videtur, ubi loqui debuit ac potuit” –  contextual translation, he who keeps silent when he ought to have spoken and was able to, is taken to agree. Plato actually simplified it in three words saying: “Qui tacet, consentit”— he who keeps silent consents.

Of course, this is a subject of big debate. But, by remaining silent about the question of whether trees move, the accused driver had consented that on the day in question, he was driving a vehicle under the influence of alcohol. The coconut trees ‘shouted’ at his silence and confirmed the charge and he was held accountable for causing the accident.

Uploaded on the current Republic of Turkey government screen, the story finds lots of its “qui tacet” replicas, putting to question President Recep Tayyip Erdogan’s government level of integrity and accountability, bordering on the exposure of all kinds of injustice, crime, forensic fraud and disregard to international law and protocols which the country has signed.

As one would have expected, a parliamentary commission was formed to investigate the coup and come out with an independent report upon which the government could take commensurate action. The underlying question, of course, remained chances of the commission, composed of mostly pro-government Justice and Development (AKP) Party members making an independent investigation.

Otherwise, areas of address were, was it a coup in the first place? Was it really military? What was the motive behind? With an experience of almost one successful military coup every decade since the 1960s, what made this one fail and within two hours for that matter? Which military coup on earth has been quelled mostly by civilian intervention? How did the civilians know there was a coup? Who were the plotters, their ringleaders? Where were they? What was their planned modus operandi? Why were targets, like the hotel, where President Erdogan was, hit after his departure?

A bloody coup like that of the July 15, 2016, brings the input of the chiefs of military and intelligence to the fore when it comes to operations of a parliamentary investigation. Why did the respective heads not appear before the commission? President Erdogan said he learned about the coup from his son-in-law. Didn’t this demand the immediate dismissal of the military and intelligence chiefs? Where are these top executives today?

The night of the coup had a very sad incident of military cadets at the Air Force Academy being led to the Bosporus Bridge where they met the wrath of an angry crowd. What was the purpose of sending these 20-year-olds to the site? What could they do there besides what befell them? Were they taken there to become martyrs? In their recent documentary, titled The Blue Bus, survivors claim that they did not know where they were going or what they were supposed to do. What is the truth about the fate of these children of Turkey?

The coup is on record for having claimed the lives of more than 250 people? Why? To create martyrs for the country? To kill one person is to kill the entire mankind, Islam preaching says.  Didn’t these lives matter for those in power?

There have been stories of distributing arms unregistered in military or police force armories. Where did the arms originate? Who distributed them? To whom?   What was the criteria? One ex-AKP member of parliament has threatened to reveal what really happened. Mafia leader Sedat Peker, through his controversial videos, suggested that this was an AKP responsibility. Is it true? The little I know about bullets is that from a shell it is possible to establish from which gun it was fired. Did the government care do this? If not, why? Did it have the information, therefore?

The coup is blamed on Muslim cleric Fethullah Gulen as the mastermind and the Gulen (Hizmet) Movement. Gulen, indeed a once-upon-a-time big ally of Erdogan and AKP, has lived in U.S. exile since 1999. Which remote coup leadership powers did he possess to be the brain behind the 2016 operation? He himself condemned the coup and offered to come back to Turkey and face trial in the case of conducting an independent inquiry. What has held the government back from taking this option?

Within a few days of the coup, President Erdogan signed decrees under the state of emergency that saw hundreds of thousands of military, civil servants, prosecutors and judges losing jobs, being arrested, tried and sentenced to long jail terms. Doesn’t the speed and accuracy at which this exercise was carried out suggest a pre-prepared list? How were these people connected to a future crime, which the government failed to prevent?

When I was writing this piece, I came across a list of 560 people who have died due to oppression emanating from the July 15, 2016 coup, whose story we now know was cooked by the powers that be. Ask those powers the pertinent question, you will get the qui tacet   reply. But the ‘tombstones’ are definitely shouting about these deaths. They are telling the story.

Six years after the coup that was, there is not a single report available to the world about it. The Parliamentary Commission process was called off by President Erdogan. Did he have the details himself? The independent media is now history in Turkey. A report compiled by a bar association has never been published. Hopefully, it is already in the archives for future reference. Not a single ballistic report on the gun-linked operation has been made available.

But, there is a park in memory of the July 15, 2016. There is a school, a bridge, a movie and a theater. The day is already in the school curriculum. Of late, cadets who survived the Bosporus Bridge ambush have produced a documentary. All these serve as ‘tombstones’ for Turkey’s lack of integrity for which non-responsive, silent leaders will one day be held accountable. The qui tacet hammer hangs on.