HomeHeadlineSir Edward Leigh: "There is a constant nonsense attack on Mr. Gülen,...
HeadlineTop Stories On Turkey

Sir Edward Leigh: “There is a constant nonsense attack on Mr. Gülen, he is not a terrorist!”  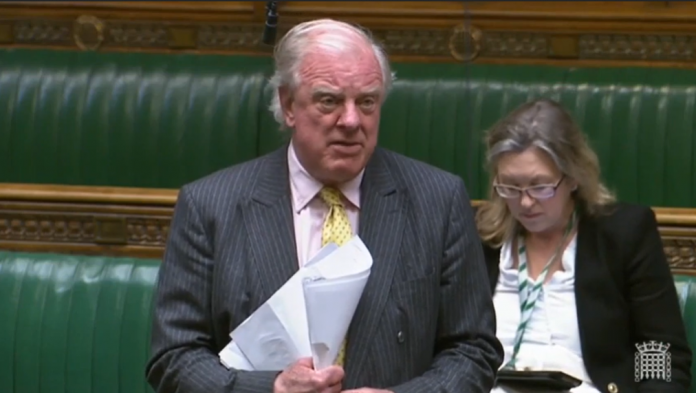 The Monitoring Committee of the Council of Europe submitted its interim evaluation of the Turkey audit process to the vote at the PACE. In the adopted resolution, it was underlined that the judiciary was not independent, that democratic institutions were seriously weakened and that the decisions of the ECtHR were not implemented, while opinions on the Gülen Movement were shared in the PACE.

Zeki Hakan Sıdalı, MP from Good Party in Turkey criticized John Howell, MP in the UK, and Boris Cilevics, MP in Latvia for calling the Gülen Community a movement rather than a terrorist organization in the report during the committee meeting.

PACE Turkey rapporteurs David Howell and Boris Cilevics preferred to use the expression ‘Gülen Movement’ in the light of the feedback and reports of the policymakers of the EU member countries and for that they were criticized by Sidali as having a double standard on such issues when Turkey matters.

After witnessing Sidali expressing a harsh criticism of the PACE, its values and the EU just because of a legal preference of rapporteurs on an emerging issue, Sir Edward Leigh, deputy at House of Common in the UK, took a step and reacted to the Turkish deputy Sidali who hails from a so-called opposition party.

Speaking at the session, United Kingdom deputy Sir Edward Leigh said, “There is a constant nonsense attack on Mr. Gülen; however, he is not a terrorist and no security agency in the West will accept for a moment that Mr. Gülen as a head of a terrorist organization.”

Sir Leigh said, “I can say that the report prepared by my colleague Mr. John Howell and his co-rapporteur is excellent. His criticisms are strictly forensic, and it seems to me that this is something the Council of Europe should focus on. There is one of the founding members of the Council of Europe here, and yet there is no doubt that democracy, an independent judiciary and freedom of the press are on the decline. I think anyone who is objective will agree to that,” he said.