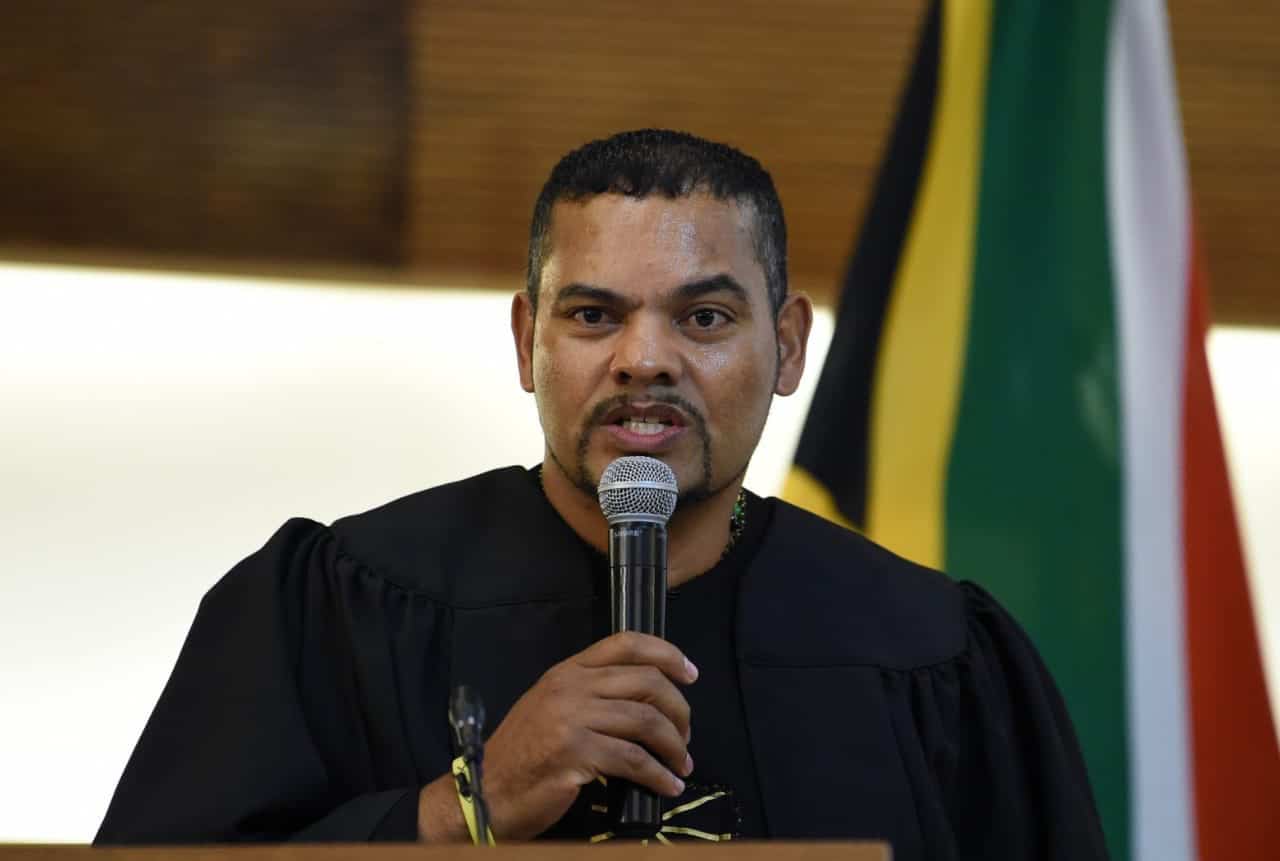 The South African Deputy Minister of the Department of International Relations and Cooperation, Alvin Botes criticized the UAE, Bahrain and Sudan for the normalisation agreement with Israel. Speaking at the Africa- Palestine Workshop, which is a seminar held on the occasion of the United Nations International Day of Solidarity with the Palestinian People, the South African Minister stated that the “Reform of the United Nations is paramount to achieving justice for the Palestinians”.

“Trump supported Israel to realise an incredible set of diplomatic and strategic gains at virtually no cost in concessions to the Palestinians” The Deputy Minister stated as he held outgoing US President Donald Trump responsible for facilitating Israel’s agenda in the region. “Israel is exploiting the situation to escalate its violations in accelerating its settlement colonisation and annexation schemes by continuing to demolish and confiscate Palestinian-owned structures and homes in the West Bank and East Jerusalem, and further entrenching its military occupation.” Minister Botes stated while detailing the plight of Palestinians.

Many African and Arab diplomats and ambassadors serving in South Africa including those from Oman, Egypt, Tunisia, and Lebanon as well as representatives of the civil society groups in the country displayed solidarity with the Palestinian people at the seminar, calling the UN out on not having taken the necessary action to end Israel’s illegal occupation of Palestine land.

Lesotho’s Deputy Foreign Affairs Minister, Machesetsa Mofomobe, said that the UN must take a principled position on the colonization of one country over another: “The UN has a duty toward the decolonisation of Palestine and to systematically alleviate the plight of Palestinians”. Mofomobe called for the cessation of all settlement activities and the release of all Palestinian political prisoners and the establishment of an independent state of Palestine with East Jerusalem as its capital. Defending the rights of Palestinians, he stated that “We cannot still be witnessing remnants of colonialism in the twenty-first century when globalisation is the order of the day”.

Reverend Frank Chikane, who represents the World Council of Churches (WCC), mentioned that Churches around the world have always acted in solidarity with the people of Palestine. “If you are poor and weak, you are made to comply with international law; but if you are powerful, you can do what you like” Revered Chikane said condemning the Israeli regime. Chikane also called Israel to release child political prisoners.

Palestinian ambassador to South Africa, Hanan Jarrar rejoiced as a large number of African diplomats attending the event displayed great willingness toward solidarity with Palestinians. “Your presence here today reflects the deeply-rooted bonds between your liberation and anti-colonial struggles in Africa and that of the Palestinian people. The struggle of Africans against European colonialism and domination is also the struggle of the Palestinian people against the Israeli colonisation of Palestine. Ours is a shared struggle, and there is deep-seated historic solidarity between the people of Africa and Palestine,” newly appointed ambassador Jarrar said.