HomeExpertsStance of Erdogan Towards the Khashoggi Murder
ExpertsTop Stories On Turkey

Stance of Erdogan Towards the Khashoggi Murder 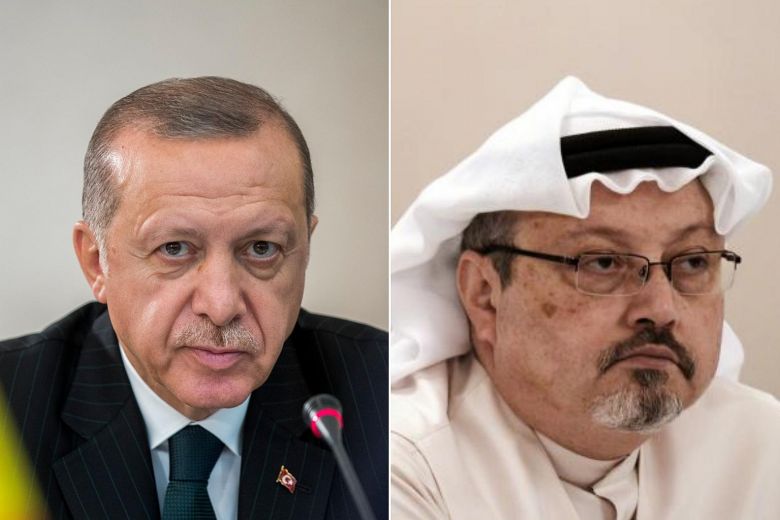 Fifty nine thousand people were imprisoned in Turkey when Erdogan came to power back in 2002. This year, this number is already exceeded 250 thousand. In other words, the number of total imprisoned is multiplied by nearly 5 during the Erdogan regime.

The Erdogan regime built 47 new prisons in the last two years, and they were aiming to build 38 new ones only in this year.

Therefore, Turkey will have a total of 422 prisons as of the last days of this year. The regime plans to build 50 prisons per year throughout the next four years. This means that the new prison system will be able to host 150 thousand more people.

This is a new record since the establishment of the republic in Turkey. No government vouchsafed to build so many prisons, and imprison so many people. Should Erdogan stay in power until 2023, 600 prisons in Turkey will host more than 400 thousand people.

Around the time I was writing this article, a group of social-democrat scientists, including a dean of a very reputable law school, were arrested after a police raid carried out at dawn. Accusations include plotting a coup, and espionage. These two terms already became a cover for the regime, whenever they would like to arrest people who do not submit to Erdogan. Such police raids are a part of every-day life in Turkey.

Year 2023 bears a symbolic importance. The Republic of Turkey will be 100 years old in 2023. The goal of Erdogan is not only limited with being in the power when the republic is 100 years old. He compares himself with Sultan Alp Arslan, who had fought against the Byzantines in 1071, and wants his party to be in power until 2071, and takes his steps accordingly. Free media does not exist in Turkey anymore, and all of the institutions, which are capable of verifying the elections if they are legitimate or not, are under the wing of Erdogan.

The incident of Andrew Brunson, an American pastor, showed the following to the whole world: The individual who decides who will be sent to or get out of prison is Erdogan, who resides in his 1.100-room palace in capital Ankara.

Erdogan, who declared himself as the victim of the coup, and turned Turkey into Saddam’s Iraq or Muammar Gaddafi’s Libya, is now distracting the world with the Jamal Khashoggi incident.

Erdogan, as the head of the regime which tortures and imprisons hundreds of thousands of people, climbs on his high horse in the Jamal Khashoggi incident, and demonstrates himself as a champion of the human rights advocates. Whereas there is a very simple question that needs an answer. How did he obtain the tape recordings of the Jamal Khashoggi murder?
Erdogan, who turned Turkey into a police state and made all of the intelligence organizations answer only to him, has a reason to place the Saudi diplomatic envoys under surveillance.

Mohammed bin Salman, the crown prince of Saudi Arabia, told the following to the the editors of Al-Shorouk newspaper in an interview during his Egypt visit last spring:

“The triangle of devil includes Iran, Turkey, and the pro-extremist religious groups. Erdogan is trying to reestablish the caliphate, which was ended after the downfall of the Ottoman Empire.”

Why did Erdogan, who declared a one-day mourning after Saudi King Abdullah had died in 2015 and attended the funeral personally, make the Saudis so angry? The apparent reasons are his recognition of Qatar as a strategic ally, and setting up a military base in Qatar against the Saudis.

Erdogan is building mosques in the Central Asian republics and Balkan countries. He personally attends the opening ceremonies of these mosques. He inaugurated a mosque in the city of Koln in Germany this year. The mosque which will be built in the capital city of Venezuela, Caracas, will be built by Turkey, since he is the so-called leader of the Muslim world.

Turkey has the highest number of imprisoned journalists in the world, and in the eyes of Erdogan, a Saudi journalist is worthless under normal circumstances. Jamal Khashoggi became valuable to Erdogan due to his opposition to the rival Saudi regime. The murder of Khashoggi would certainly be whitewashed, if the incident would have happened in 2015, when Erdogan tried to be closer to the Saudi royal family.

Saddam Hussein considered himself as the second Saladin. Saladin, who had earned a great deal of respect from the crusaders when he conquered Jerusalem is one side, and Saddam is on the other…

Erdogan, just like Saddam and Gaddafi were, is a great master of political exploitation. He is now abusing the Jamal Khashoggi murder all the way.

However, he needs to explain why he wanted to get closer to the Saudi government so eagerly back in 2015 and why he drifted away from them, and also, how he managed to obtain the tape recordings of the Jamal Khashoggi murder.

No justice would be expected from Erdogan, who is an exploiter. The civilized world must realize this already.