HomeExpertsSYRIANS IN THE BORDER OF JORDAN REMAIN UNDER PRESSURE
Experts

SYRIANS IN THE BORDER OF JORDAN REMAIN UNDER PRESSURE 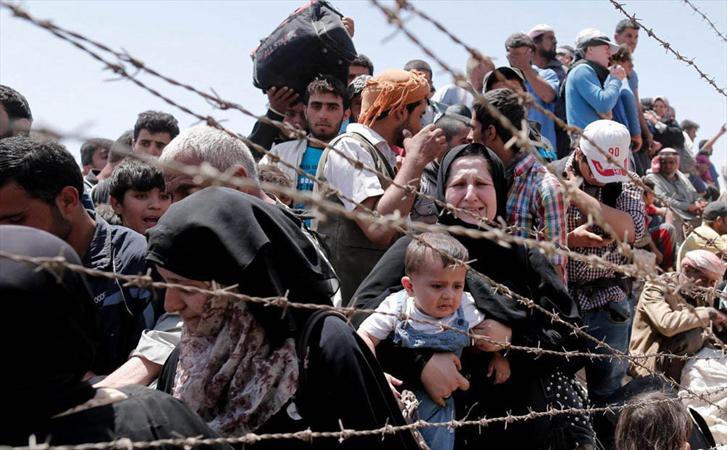 Jordan is a country of refugees. According to the data revealed by the United Nations Refugee Agency, the current population in the country is 9.5 million and 3.5 million of them are refuges. The country generally hosted refugees from neighboring countries such as Palestine and Iraq until the Syrian war. Currently there are 1 million 390 thousand Syrians resettled in Jordan since the beginning of the Syrian civil war.

When Were the Border Gates of Jordan Closed to the Syrian Refugees?

The Jordan – Syria border has a length of 375 kilometers, and there are Jaber and Daraa border crossings. Daraa Border Crossing has been closed since 2013, while Jaber Border Crossing has been closed since 2015. Syrian opponent units started to keep Nasib – Jaber in Jordan side – Border Crossing under control, which is located in southern Daraa on the Syria-Jordan border. In response, Hussein Al-Majali, Jordan’s Minister of Internal Affairs, showed the increasing violence as a reason to seal the Jaber Border Crossing temporarily for human passing, and closed for passenger and cargo transportation, and published a written statement about it. However, both of the border crossings have never been opened again.

Aside from these developments, another incident happened which troubled the Syrian Refugees in January 2017. According to the report published by the Human Rights Watch, Jordan had deported 400 refugees of Syrian descent with unclear reasons and violated the international agreements.

In 2018, the situation got even worse for the civilians living in Syria and became inextricable.

According to the news titled “When the good will of the neighboring countries diminish by time, the Syrian refugees remain under pressure”, published on Financial Times in March 2018, it was pointed out that the political discourses also changed because the displeasure against the refugees increased in the neighboring Muslim countries, which welcomed most refugees, such as Lebanon, Jordan, and Turkey.

Financial Times gave publicity to the statement of Jan Egeland, Secretary General of Norway Refugee Council, who said: “The civilians cannot go out and receive enough help. This is a collective betrayal to the children, women, and men who live in Syria in danger and poverty and need help. The thing we are witnessing right now is a result of not being able to give the necessary support to the region. We are witnessing the collapse of international solidarity by being a mere spectator to what millions of Syrian civilians are going through.”

Beginning from June, Syrian regime forces started the offensive together with the supporting groups targeting Daraa, which is located in the southwestern of the country. And Russia started the airstrikes on 20 June, and caused many civilian casualties. The Syrian Observatory for Human Rights (SOHR) expressed that the Syrian regime started the offensive towards Daraa to dominate the region, which is located close to the Golan Heights and Jordanian border, and as a result, Syrian regime forces and their supporters gained control of the Syrian-Jordanian border after a three year break.

Rami Abdurrahman, Director of SOHR, stated in an interview with Reuters that civilians had been killed after the offensive started by Bashar al-Assad regime and his supporters, and more than 120 thousand civilians were gathered in the Jordanian border and thousands more fled to the frontier of the Israeli-occupied Golan Heights. United Nations also announced that more than 320 thousand Syrians, nearly half of them are children, were uprooted in the last two weeks.

A cease fire is declared in southwestern of Syria after the control of the Syrian-Jordanian border changed hands between the opponents and the al-Assad regime with his supporters. The opponents requested for the civilians to be evacuated from the city safely, with an agreement arranged by the intermediacy of Russia. According to the agreement, the opponents agreed to surrender their heavy weapons in exchange for guaranteeing the civilian lives. The opponents, who wanted to leave the region, took along their families, while the Russian military forces entered the region through a point close to the Jordanian border.

Since Russia supports the regime, the intermediacy of Russia, who carried out airstrikes to the region, appears to be a contradiction. This situation does not comply with what happens in the field. While the civilians who are stuck in the region receive an agreement to leave the safety zone, the other civilians who are in the safety zone to be sent back to their homes raises a contradiction, and this indicates that the necessary steps were not taken for the civilians.

United Nations announced that most of the refugees in the Jordanian border returned back to their homes. Anders Pedersen, UN Resident and Humanitarian Coordinator, explained in a press conference in Amman, the capital of Jordan, on 8 July together with Stefano Severe, Jordan Representative of United Nations High Commissioner for Refugees, that nearly all of the refugees in Nasib Border Crossing on the Jordanian border left the region and returned back to Syria. Pedersen also stated that only 150-200 refugees are left on the border, and added that they do not have any information about how many refugees are present in southern Syria. Pedersen also requested help to provide support to the refugees in Syria.

Shelter is among the urgent needs of the Syrian people. Most of the civilians who were forced to return back to Syria live in shelters where many of them have no toilets. Children are especially exposed to dehydration and diarrhea. Water, food, medical care, providing hygiene and healthy conditions are among the priority needs.

Anders Pedersen, UN Humanitarian Coordinator of Jordan, states that it is everybody’s responsibility to work together to provide a political solution for the crisis in Syria, a place in the light of current hostilities. He repeats his readiness towards providing as much help as necessary, but in the meantime, he reminds everybody that the activity is subject to the easing of providing the humanitarian aid.

But what about the Civilians?

While there must be a formula created for watching over both Syrian civilians’ and Jordan’s interests, Syrians are being sent back to their countries, where armed conflicts are still ongoing. The civilians try to survive transiently.

Jordan, who has been welcoming the responsibility of harboring 1.5 million Syrians for the last 7 years, wants to transfer the responsibility to other countries. On the grounds of security measures, they respond to the people who approach the border with gunfire.

Anti-refugee reactions increase consistently in Muslim countries such as Turkey, Lebanon, and Jordan. On the other hand, the pressure on the refugees, who managed to make their way into the European countries, to return back to their homes increases with offering monetary aid method. Refugee influx continues as long as the wars continue all over the world. Within this context, discussions about sending the refugees back to their countries by ignoring their safety rise all over the world.