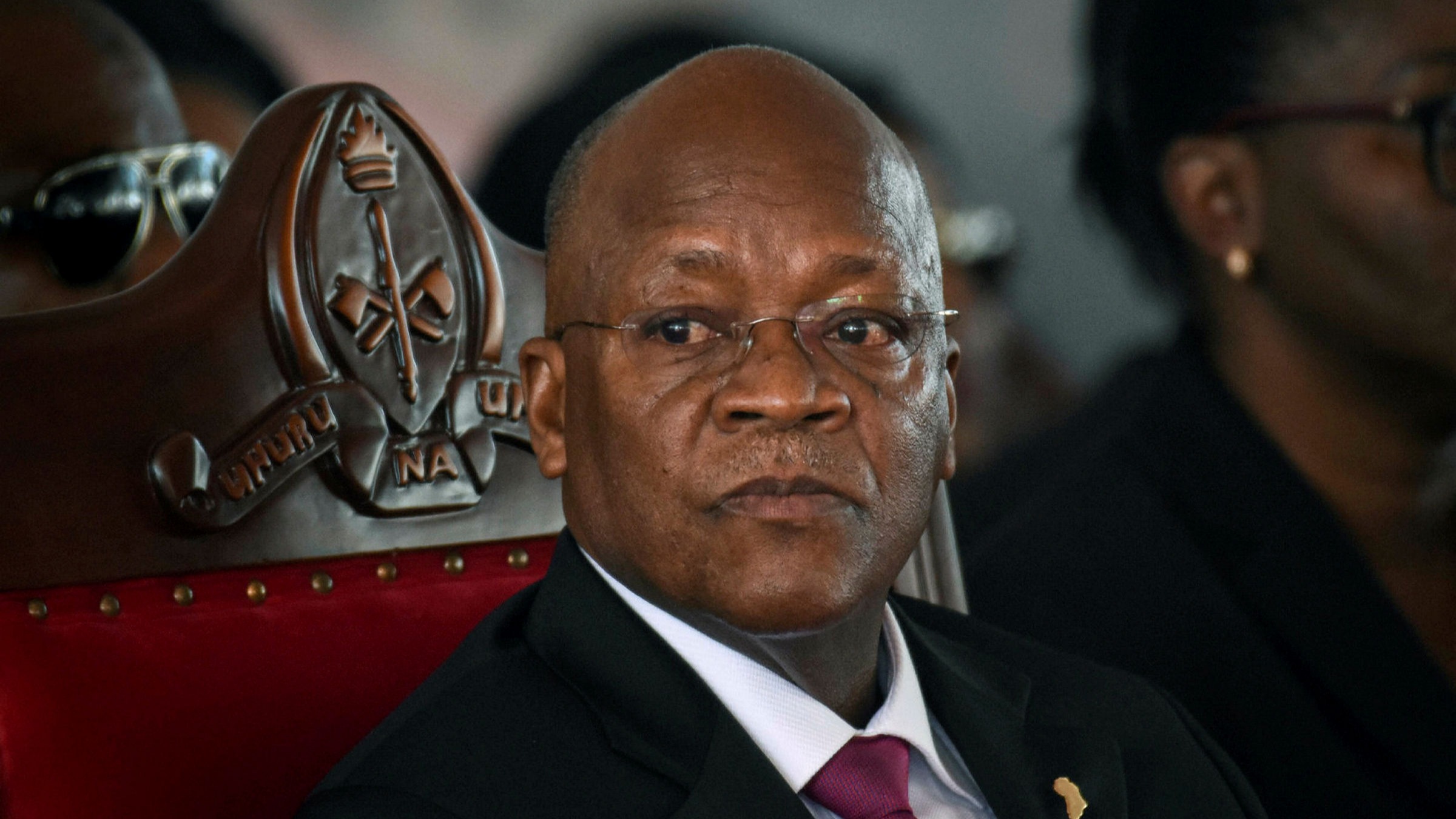 President John Pombe Joseph Magufuli, head of the United Republic of Tanzania, has died. If I were asked to describe him in one sentence of medium length, I would say: “He was a two-sentence of six words leader, Tanzania has lost at the age of 61, about four months into his second term of the Fifth Phase Government and having become the country’s first Head of State to die in office.”

“Mimi Sipangiwi Mambo. Ni Rais Ninayejiamini.” That was his modus operandi et vivendi – freely but strategically translated: “I don’t take dictations from anybody. I’m the self-confident President.” And no doubt that is how he operated and conducted his live unto death in his own style, leaving many heads stunned.

When the sad news was broken in a short State House statement towards the midnight of March, 17, 2021, that almost read like he was announcing his own death, I was still working behind my desk. Personally, I was not stunned by the death. Here was my Head of State, a science teacher and Chemistry, who almost believed he could subject human behavior to a lab test.  With or without COVID-19, he had his own health weaknesses, some we witnessed during political campaigns, long before the pandemic turned around on our planet.

Magufuli leaves behind a legacy based on his six-word conviction. He stood for the control of government spending. He went in for ghost workers, setting education benchmarks that sent many back on the streets. He harboured special feelings for the common grassroots people’s rights. Without him municipal council street operations would not be at the mercy of the famous Machinga.

Magufuli came on stage with the impression that the well-to-do in business were necessarily exploiters and promised to “eat with them on the same plate” for the sake addressing the big issue of corruption and tax evasion. Today Tanzania has a horde of cases bordering on money laundering that have been so difficult to prosecute that a special arrangement had to be instituted between the directorate public prosecutions and suspects.

He stood very strongly on education, making primary and secondary school free besides taking a lead in improving the learning environment like provision of desks. He picked a bone with international organizations when he said school girls who fell pregnant should get out of school and never to come back.  He however later on came to better terms of addressing the problem along internationally agreed lines for the benefit of the girl child.

On the foreign affairs front, the six-word President did not mince words. A non-lover of foreign travel, he did not entertain any sort of interference into the affairs of how he ran the country.  He leaves office with big credit for having trimmed the long arms of Turkey’s President Recep Tayyip Erdogan to close the Feza Schools network in Tanzania or place them under substitute Maarifa Foundation that had been established for this exercise. Instead he invited the Foundation to open its own schools because the Feza schools network kept its universality character, keeping aloof of political, religious or ethnic issues.

Among issues that some sections of society were at loggerheads with his rule is reduced political and self-expression stage. On several occasions leaders of civic organizations like political parties and human rights organizations have come face to face with law enforcers. Some have been taken to court.

The media, in particular, has found it difficult to work under his rule by being squeezed on getting advertisements from public institutions and enactment of laws governing foreign content. It would be an overstatement to say that President Magufuli has left the Tanzania media in the best state it could be. I belong to the media but there have been some instances when I felt I was better off when working under the one party state than the present multi-party system.

President Magufuli has had a few difficult, some ambitious decisions to make.  Some of these include mega projects like the Stigler’s Gorge Hydro electric plant, the SGR and the Uganda-Tanzania oil pipeline. The hydro-power plant, in particular, got some criticism from environmentalist institutions expressing concerns about the fate of the Selous.

An independent Environment Impact Assessment was made clearing the project, which now houses a new national park in the name of Nyerere. A total of 30, 893 square kilometers was carved out of the Selous leaving 23,107 square kilometers for the project. At that level, the Nyerere National Park is still bigger than Ruaha (20,226 sq.km); and Serengeti (14,750 sq.km) in Tanzania and Kruger (19,485 sq.km) in South Africa.

Another difficult decision he has had to make is bringing back former Air Tanzania Corporation (ATC) in the sky under a new flag carrier name of Air Tanzania Company Limited (ATCL). Come the COVID-19 impact on the aviation industry, ATCL has had to struggle for market niche in the domestic, regional and long haul business.

There have been under the rug misgivings about the impetus the late president put under the development of his home district, Chato, in particular developing the airport, which was close to Mwanza.

A mention of the late Magufuli takes many a mind to the stand he has taken viz-a-viz the COVID-19 pandemic. After a certain time, he decided the country would no longer issue related statistics. This put Tanzania on a wrong footing with neighbouring countries in the East African Community (EAC) and the Southern Africa Development Community (SADC), besides raising brows of the World Health Organization and other health service related global institutions.

The effective government seat move to Dodoma is another aspect the country would remember him for although some quarters say it was not ripe yet.

Magufuli is gone. The Vice-President Samia Suluhu Hassan, according to the National Constitution is to be sworn in. In so doing, she will be the first woman to occupy the country’s top most seat.  Nobody should envy her for that. The Magufuli shoes won’t be a joke for her, in fact for anybody. Could this see her becoming the presidential candidate and winning the 2025 national general elections?

If I were given chance to plead with her on her being sworn in, I would ask her to consider the fate of Tanzanians currently in prison undergoing non-ending prosecutions on economic and money laundering charges which have instead turned out to be persecutions for them, their families and friends.

The six-word President Magufuli ruled in his own style and, indeed, left in his own style as well. Many of his right hand men and women went ahead of him, including Zanzibar’s Vice-President, Maalim Seif Shariff Hamad and Chief Secretary Ambassador Kijazi. He has appointed the ruling party CCM Secretary General, Ambassador Bashiru to fill the post. Could this mean continuation of his legacy?

I am sure many Requiem Masses would be said for him. May God forgive him for mistakes he may have made and reward him for the good he did for the people of Tanzania, East Africa, the SADC region and the rest of the African Union.  RIP Magufuli.