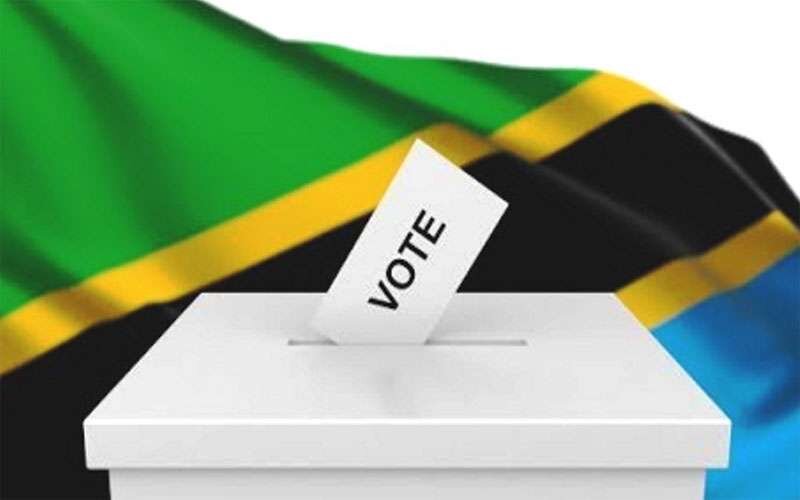 As part of the ongoing Africa’s date with destiny through the ballot box in the decade, the United Republic of Tanzania goes to the presidential, parliamentary and local councilors’ polls towards the end of October, 2020.  For the first time in the country’s electoral history, the exercise takes place on a midweek day instead of the traditional Sunday. The polls are unique.

This uniqueness, however, does not seem to end here. Trekking the trail of events, one comes close to painting the age-old picture of Danish author Hans Christian Andersen’s The Emperor’s New Clothes, which has been translated in more than 100 languages besides weathering the test of more than 180 years in print alone.

The gist of Andersen’s literary work of art is that because human nature is inclined to do evil, people tend to resent or run away from anything that touches on or implies their moral behaviour. So the emperor hires swindlers because he loves putting on fancy clothes and an important procession is around the corner. But his ministers don’t want to admit that they cannot see the clothes. They lie to him due to fear. Come the procession day, it is pretence everywhere until the child says “the emperor has no clothes”. It is at this time the deception is discovered. But it is too late.

For those who like reading Bible stories like me – although I am not a good Christian—the tale of Adam and Eve in the Paradise comes closer to this. By the time the couple, while wandering in the garden after the act, realized that they were naked, the Paradise life was no longer possible. The likes of Adam (men) were condemned to sweat it out for a living while the Eves (women) were handed the pangs of labour. This verdict, call it God’s sentence if you like, stands until ‘tomorrow’ which never comes.

In either case of the Emperor and the Paradise, deception and fear are involved, though from different angles. But the total sum yield reads the same bad and irreversible results.

It is against this background that what has been raised from different stakeholders in respect of the 2020 Tanzania general elections is not something worth being ignored. From the word “go”, the nature of the presidential candidates’ landscape raises some curiosity. Seeking re-election is chairman of the CCM ruling party on the Mainland, John Pombe Magufuli.

Very close on his heels, in terms of contesting parties’ perceived strength, is Chadema’s assassination attempt narrow escapee Tundu Lissu, just arrived back from abroad treatment that took him to  neighbouring Kenya in East Africa and Belgium in Europe, where he had been ever since.

For the first time in the history of multi-party elections, the strong chief CUF opposition candidate in the other side of the United Republic in Zanzibar, Seif Sharif Hamad, famed Maalim Seif, comes on the ticket of another new party, ACT-Wazalendo. He lost CUF to Chairman, Prof. Ibrahim Lipumba, in a court action.  He will be competing against Dr. Hussein Mwinyi, son of retired Third Phase Union President, Ali Hassan Mwinyi.

The opposition, this time is going minus the 2015 elections UKAWA coalition option. It was technically (strategically?) overtaken by time. To operate ‘legally’ this sort of coalition has to be registered with the National Electoral Commission. And it has a time tag.  All the same, between the lines, one can still read a silent ‘coalition’ having taken place, to the level of troubling inquiring minds.  Why?

For example, ACT-Wazalendo leader Zitto Kabwe, this time seeking a parliament seat, said openly that his choice for the presidency is Chadema’s Tundu Lissu and he would actually vote for him. But his party’s (ACT-Wazalendo) candidate for the post is former Union Government Foreign Minister Bernard Membe, crossed over after failing to synchronize with CCM.

Membe does not seem to be disturbed by Zitto Kabwe’s decision. A seasoned diplomat, he apparently believes that the road for Tanzania opposition to State House is not the rush for the highest government office. To him it is a transition which involves dividing or partitioning the ranks of the ruling party law makers while strengthening the opposition grassroots presence. He revealed to a media conference that he had actually already secured a niche for the opposition in the ruling party lot of members of parliament line-up.

Then there is total absence of the 2015 presidential candidate under Chadema’s ticket, and former Prime Minister, Edward Lowasa, who has crossed the Chadema floor back to CCM and has since remained quiet. Behind him lies the story of a rejected CCM presidential material in the 2015 polls becoming Chadema’s candidate to reckon with in the elections now making a comeback back to CCM and adopting complete silence in the 2020 line-up!

Against this political climate there are many stakeholder observations bordering on The Emperor’s New Clothes  in the country of Julius Kambarage Nyerere – the land of peace, tranquility and security; the land of unity in diversity!

Three weeks to the lections day (October 28) Amnesty International expresses concern over “weaponizing the law to the point that no one really knows when they are on the right or wrong side of it.” It sees this as a systematic and deliberate clampdown on people’s inalienable human rights, especially in an election season terming it as “an extremely worrying and unhealthy sign for a country positioning itself for greater growth and development.”

After giving several related examples Amnesty International calls on the authorities “to stop harassing opposition politicians on pretexts and instead respect, uphold and facilitate the fulfillment of the rights to liberty, freedom of expression, peaceful assembly and association to enable them to freely run their campaigns.”

It touches on laws that have targeted the media to “require foreign journalists to be chaperoned on assignments by a government official, broadcasters having to seek permission to air content produced by foreign media. It also documents the banning of newspapers.

Amnesty International laments the situation whereby “NGOs are now struggling between disclosing extensive information about their work which undermines the independence for legitimate human rights work and puts the security of their staff at risk or face being deregistered.

President Magufuli is called upon “to urgently reverse the decline in political and civil freedoms and ensure human rights defenders, activists and journalists and civil society organizations can carry out their work freely and independently without fear of reprisals.”

The Chinese government jumps on the wagon, hitting back at the US and saying: “We believe that the Tanzanian government and people have the wisdom and capability to organize the election…  Non-interference in other countries’ internal affairs should be a basic principle for all countries to follow … (and) support African countries’ independence and safeguard their unity and stability.”

Tanzania, and in fact any other country, should not be a foreign stage for other countries’ conflicts. Headed for the polls as it is, Tanzania has to remember that it is in Africa and, sub-Saharan Africa for that matter – the source of raw materials that the developed world would not like to see moving an inch forward from this position.

Tanzania has to establish its own, but functional and ethical, median not only in respect of the emperor’s polls race around the corner but in any other national development activity. It has to avoid being seen acting Andersen’s The Emperor’s New Clothes. Those next to President Magufuli must not act the Emperor’s deceitful and timid ministers. The ‘child’ is always there to say the emperor is naked. Dating the country’s destiny in the ‘Naked Emperor’ mode is dysfunctional. It does no body any good.