The Caspian Sea has “legal and special Status” 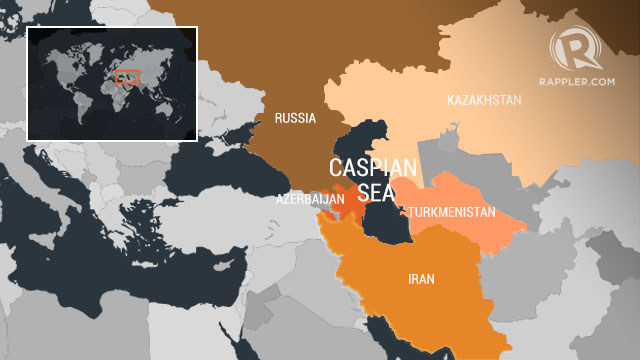 On Sunday, August 12, 2018 five leaders of Russia, Iran, Azerbaijan, Kazakhstan and Turkmenistan of littoral states of Caspian Sea set meeting in Aktau, a small city of Kazakhstan to sign the long disputed world largest enclosed inland sea which is in rich of hydrocarbon resources and reserves of oil and gas reserves with 50 billion barrels of oil and nearly 300 trillion cubic feet (8.4 trillion cubic meters) meaning 12 trillion USA dollars. Each state considers the convention as geostrategic important to the region and to individual countries’ national interest.

According to the leaders the Caspian Sea convention is a landmark. President Putin called it “breakthrough” and “epochal”, President Rouhani called “a special document” but was more prudent implying some issues are still on the table. Later, he said, “only belongs to the Caspian states.”

Beside, its strategical significance, it is seen as a bridge between Asia and Europe. Also, it is famous for its surgeon; that is home for 26 kinds of fishes including the most expensive fish Caviar holds 80-90% of the world’s largest caviar population mainly exporting to European countries. The Caspian Sea is a saline and endorheic basin meaning allows little or almost no drainage outflow but along with other rivers the main rivers the Volga, Kura and Ural in the region drain and discharge into the Caspian Sea.

The last summit was held in Astana last year 2018 to lay down the foundation of the cooperation and negotiation agreed on signing the provisional agenda and shape the final draft. August 12 is symbolic, timed and attributed to the Tehran Summit in 2003 that established a convention framework to protect marine.

After the Soviet Union Collapse, the status of the Sea became evident, since then states used to have a lack of a genuine plan to appropriate and demarcate the landlocked. Border States had water transboundary issue as Azerbaijan had a long time maritime dispute with Turkmenistan and Iran, fishing quotas and accessible to the international waters. Another issue is Russian opposition to the Trans Caspian Gas pipeline which will enable the western oil companies’ access to the Kazakh and Turkmen gas market.

As of today, the legal status of the Caspian Sea is resolved among the states at its 5th Summit in Aktau. In previous summits, states discussed many issues relating to the Caspian Sea, and constituted the binding framework so far, the culmination of the legal binding, frameworks, and protocol of agreements seems to bear fruit, now, will be in effect between five governments in many areas such as transport, trade and economic, prevention of incidents in the Caspian sea, fighting on terrorism, cooperation in the fight against organized crime, cooperation of border agencies to the security cooperation in the Caspian Sea. According to current convention, all states will be able to use the surface of the sea, mineral reserves, and other resources cooperatively, taking the ecological and environmental issue into consideration.

If the Caspian Sea is officially named as a Sea then it will be possible to access the Black Sea and Baltic Sea through Volga canal which is not within the objectives of Russia as it will allow Turkmenistan, Kazakhstan, and Azerbaijan to use its inland waterways. Russian Diplomats call it a special status now, neither a Sea nor a lake. Under international law and treaties of water, a body water is labeled as a sea it allows international vessels. In such a case, the treaty of United Nations come in the force.

Russia and Iran face the same sanctions from the United States, As Russian promised to build up a close economic relationship with its neighbors, Iran has to afloat and liven its wounded economy, Iran becomes an alternative seeker around the globe and its neighbor countries. Russia also considers the Caspian Sea convention as a prerequisite to the Shanghai Economic cooperation alluring more countries.