The Concept of “Ethnic Turkishness” and Turkish Foreign Policy 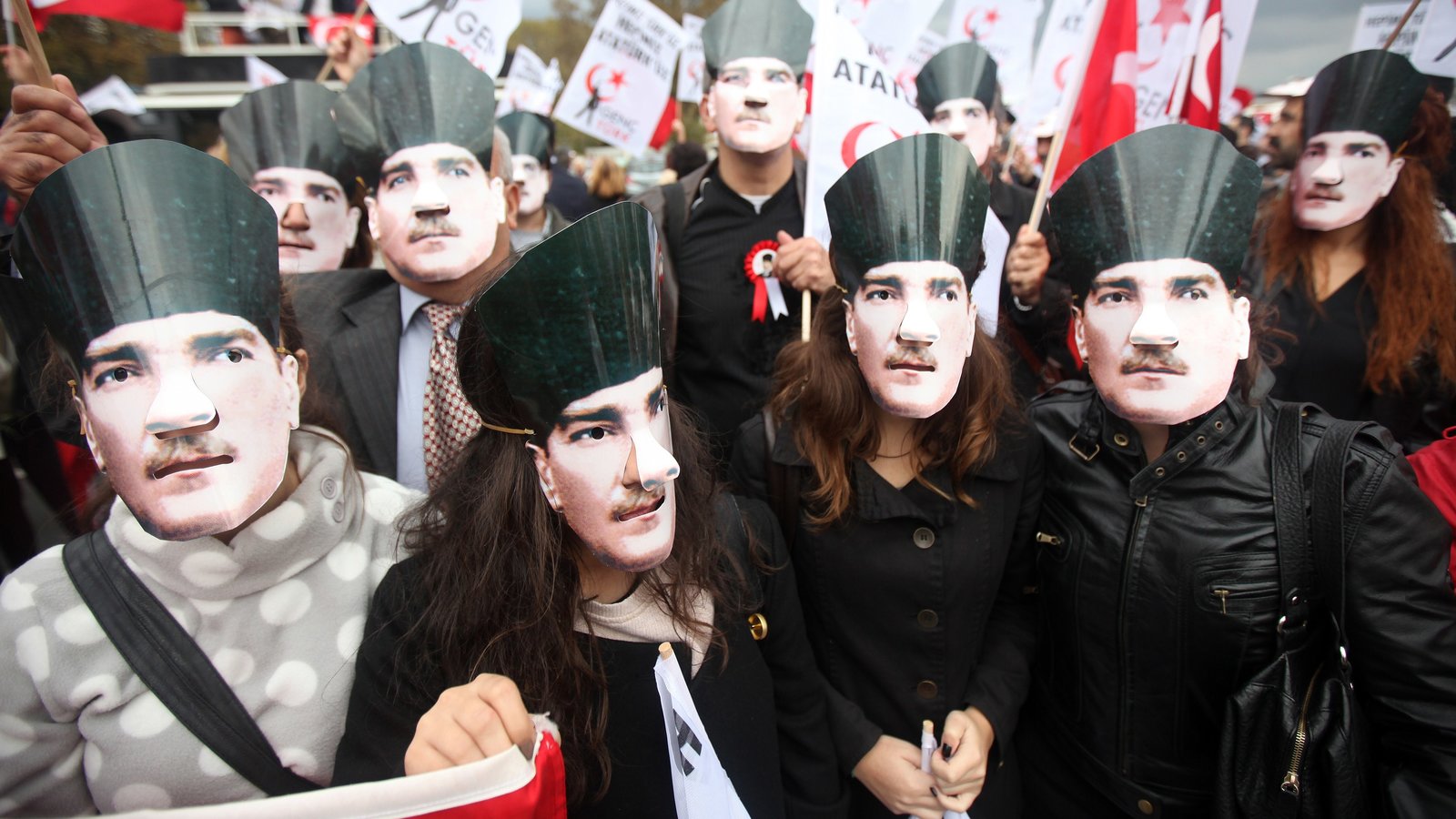 Some perseveringly claim that the perception Turkishness in Turkey is not based on ethnic or racial grounds, but rather it is an inclusive national concept that embraces everybody who feels like a Turk. This is such a standard and sedentary discourse that even if you bring forward evidence claiming otherwise, the community just cannot give up on it. In fact, this is of course a part of the indoctrination. In this article, I will try to exhibit that the concept of ethnic Turkishness is actually based on official identity politics.

First of all, I would like to focus on the “Bulgarian Turks” issue that came to the surface at the end of the 1980s. The “ethnic Turks” in Bulgaria were exposed to the assimilation politics of the Bulgarian Communist Party in the 1980s. This ethnic Turkish group, who were forced to change names and exposed to refusal politics, ended up receiving an immigration permit from Ankara in 1989 that ended up 350.000 people immigrating to Turkey. Naim Salamanov, the Bulgarian Olympic champion who was a renowned weight lifter, was inside this ethnic Turkish group. He participated in international events countless times representing Turkey and became the most popular representative of the Bulgarian Turks. Turkey naturalized these ethnic Turks according to the “heritage basis”. Would these Bulgarian Turks be naturalized right away and welcomed into Turkey if Ankara’s identity politics were not based on the heritage basis? Maybe there will be people to answer this question like, “Of course, because this was only humanitarian aid and they could still receive their citizenship”.

However, the same Turkish state would not provide the same “humanitarian aid” to hundreds of thousands of Kurdish people when they tried to escape to Turkey and most of whom were killed by poisonous gas in Halabja after being attacked by the regime of Saddam Hussein. Although Turkey opened its borders to Kurdish people, they never called the Kurdish people actually “Kurdish” and described them as “Peshmergas”. Probably I do not even have to say this but the Turkish public opinion never ever called the Kurdish people as “cognates”. Ankara did not confer Turkish citizenship to these incoming refugees with a few exceptions. They were not included in a mass naturalization program that enabled them to become Turkish citizens. These people were forced to reside in refugee camps under abject conditions. They were exposed to very different procedures and treatments compared to the ethnic Turks who came from Bulgaria.

Another sample case is Turkey’s approach, discourse, and politics towards Azerbaijan. The conflict between Azerbaijan and Armenia started at the end of 1980 even before the disintegration of the Soviet Union. Karabakh was a region inside Azerbaijan where the majority of the population were Armenian. The conflicts between Armenia and Azerbaijan Soviet Republics intensified after both countries declared independence after 1991. Armenia gained a militaristic advantage in Karabakh and virtually drifted the region away from Azerbaijan. Although the existing borders were virtually changed, Karabakh’s status did not change as required by the international law and Azerbaijan’s sovereignty continued on paper. In the beginning, Turkey did not care much about the Azeris during the reign of Turgut Ozal since their population was Shi’ite. However, this attitude changed in the later years. Azerbaijan was promoted to the status of “cognate” especially after the successors of the Turki-Muslim Soviet countries were described as the “Turkish Republics” in Turkey. Then the “two states, one nation” jargon developed by the Azeris was widely adopted by Turkish foreign politics. Both sides emphasized being the “same nation” during bilateral negotiations. And Ankara did not feel like constituting a politics of balance between Azerbaijan and Armenia because of these “natural” reasons.

Whereas the same type of attitude did not apply to the issues related to Kurdistan Regional Government in Iraq. Turkey always adopted a negative stance against this autonomy formed in its southern borders. While Ankara rejected the existence, culture, language, and rights of tens of millions of Kurdish who live inside the country, they always viewed Kurds having an official constitutional status outside their borders in Iraq as a negative event and even as a threat. Because the Kurds were not “cognates”.

Another example in this subject is Turkey’s approach to the Turkish societies living in Central Asia. Turkey perceived both the Soviet-successor Turki societies and the autonomous Turki communities in Russia as ethnic Turks. Turkey also established an official unit called “Administration for Turks Living Abroad and Related Communities” devoted to them. At the same time, the heavily funded Turkish Cooperation and Coordination Agency (TIKA) took the lion’s share of Turkey’s foreign aid budget and worked as the civil-academic branch of the Turkish Intelligence Service (MIT). Turkey was filled with this feeling of responsibility towards the “World’s Turkishness”. Furthermore, being a “Turkish descend” in Turkish nationality law provides a basis for foreigners for a Turkish citizenship application. According to the regulated Settlement Law, Turkish citizenship is grantable for the people who are “Turkish descends”, embrace the “Turkish culture”, and arrives in Turkey with the intent of being a citizen personally or in groups and affirmed as immigrants as per the Settlement Law. Political will has the absolute power of nationalization in this way. Because the Council of Ministers decides whether the foreigner is a “Turkish descend” or “belongs to the Turkish culture” or not. For example, the Balkan immigrants are granted Turkish citizenship based upon this fact. The same special conditions may apply to some “foreign Turks”.

Why are some similar special conditions not applicable to the Kurds, Armenians, or Circassians? The rights which are not granted to the people who live in Turkey as Turkish citizens, pay taxes, and not descended from the “ethnic Turks” are granted to the Turkish citizens who are ethnic Turks. So, can we claim that the “Turkish nation” definition of Turkey is not actually an ethnic definition? Supposing that the definition of a Turk is not an identity based on ethnic grounds but actually is a concept where every Turkish citizen is accepted as a Turk based on their juridical status (citizenship basis), why does Turkey treat the foreigners or states whom they categorize as “ethnic Turks” in foreign relations in a privileged way?

These examples clearly prove that Turkey perceives and identifies itself as a “state of the ethnic Turks”. The emotions which are not applicable to the cognates of the Turkish citizens of Kurdish or Armenian ethnicities are clearly applicable for the “cognates” of the ethnic Turkish citizens. Furthermore, such emotions are easily converted into tangible politics. For example, it is easily used as a standard towards granting or not granting Turkish citizenship to foreigners. Why are the Kurds or Armenians abroad not viewed as “cognates” while the communities that are “perceived as ethnic Turks” are clearly viewed as “cognates”? Supposing that the Turkishness identity in Turkey was not an ethnic-racial identity, would it actually be possible?

Turkishness according to Turkey’s perception, official procedures, practices, and politics is an identity based on ethnic and racial belonging. “Turkey” is the “state of the Turks”.