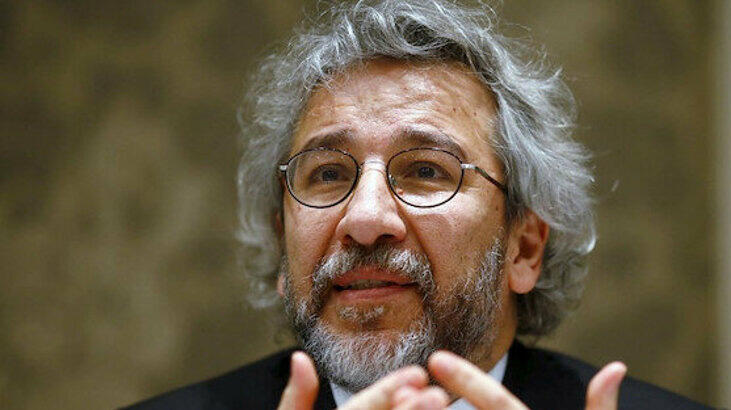 The documentary called “Bridge” shot by Can Dundar and scripted by Erk Acarer for German TV channel ZDF is published last week and received great interest. First of all, I would like to stress that Can Dundar is a successful documentary film-maker and journalist. He has the right to understand life from his own perspective and talk about the facts from his own point of view. He is also among media laborer that suffers most from the Turkish regime’s oppression and he is frequently targeted by the state apparatus of Erdogan. Therefore, there were great expectations about his latest documentary about the 15 July 2016 coup attempt.

In fact, the smokescreen around the 15 July remains intense and this is something on purpose. The story created by the Turkish state- including the government, opposition, deep structures -about the 15 July 2016 controlled coup attempt has become the official recent history. Challenging or even talking about logical errors within this official history is well enough to be stigmatized and purged. Possibly, without explicitly putting it into words, many people expected that from Can Dundar who lives in Germany in exile. This documentary could break the discourse monopoly of the state on the July 15 coup attempt. This was a significant expectation but also a high bar.

After watching the documentary, I felt disappointed because the main theme of it was in line with the discourse of the Turkish regime and the official history. Or was it the one who misevaluated or biased about the 15 July coup attempt? I quickly started to write down what I know and to read my published articles to compare the facts, witness statements, and theories. I wanted to be self-assured. A documentary by Can Dundar should be carefully watched and considered. Can Dundar’s name became a brand with his works and it was a reputable brand that should be taken about.

But the main theme of the documentary was clear. Furthermore, it was not my perception of the film. It was explicitly highlighted by Can Dundar and the German presenter of ZDF also took it just like me. The main theme is that the July 15 coup attempt was a result of a power struggle between Erdogan and Gulen. Erdogan was uncomfortable with the excessive power of the Gulen movement and closed down all preparation courses, which were dominated by the movement, to neutralize them. According to Dundar, the counter move of the Gulen Movement was to open the corruption files against the government using the power of police chiefs and prosecutors who were members of the movement.

The discourse of Erdogan was similar. This was a plot by the Gulen Movement and civilian coup attempt. Dundar’s assumptions were in line with this theory. I knew that Kemalists were so happy about Erdogan’s fight against the Gulen Movement. So I was not surprised and continued to watch the documentary. It was a typical perception of Kemalists that the United States approached the Gulen Movement in the scope of its moderate Islam project and this was a preconceived opinion put into the documentary. Kemalists also believed that the secular establishment was replaced with a fundamentalist one by the hand of the Gulen Movement. Erdogan’s comment “It turned out that these were within a big treason. We are deceived” was also included in this film to let Kemalists and Islamists say “Now you started to understand the facts!” This was the aim of the scenario.

Another assumption that was presented as a fact in the documentary is the allegation that the Gulen Movement decided to stage a coup because Gulenist commanders learned that their structure will be disbanded on 30 August 2016. This assumption is also in line with the discourse of the regime. The regime puts this theory forward in order to rationalize their perspective that why the Gulen Movement would stage a coup. On the other hand, it is also claimed that there were many officers, that were close to the Movement, who did not take part in the coup or even showed resistance. Now, there are many officers prosecuted or charged with the coup attempt. Many of them are jailed and some of them are at large out of Turkey. Dundar could do interviews with some of them.

Turkish intelligence chief Hakan Fidan learned about the coup attempt on 15 July 2016 at 1:24 PM from a major who came to the headquarters of the National Intelligence Agency. Then, he went to General Staff Headquarters and shared this intelligence with Hulusi Akar, the Chief of General Staff. Hulusi Akar ordered all military flights to stop but took no measures to prevent land forces activities. These points are not mentioned in the documentary. Another dark spot was the fact that Akar or Fidan did not notify President Erdogan about the coup attempt. But the documentary does not talk about it. Is it something normal in the natural flow of life? As the documentary also covered, Erdogan said “I called our intelligence chief but cannot reach him”. This is so strange and needed to be addressed by the documentary. Because this is one of the weakest points of the official 15 July theory claiming “Erdogan was not aware of the plot.” Another weak point is that: How was it possible that the Chief of General Staff who was notified about the plot at noon and kidnapped at night?

Is Can Dundar really convinced by this official theory? It seems so because he praises Erdogan for inviting people to resist the coup attempt and says “The President took a very risky decision”. This invitation was made just a few hours after the plot became known at 1:24 PM. The documentary puts no question marks about this. 10 million members of the AK Party had messages via WhatsApp and the Religious Authority ordered all mosques to chant adhan in the middle of the night. Another illogical move was closing the bridge with 4 tanks and 2 armored personnel carriers to stage a coup and it is seen as a normal move by the documentary. A witness says that he saw bearded and turbaned men opened fire on soldiers but documentary makers failed to investigate by whom this attack had been organized. At the end of the documentary, there is a quite striking inference: “Now Erdogan became the one man!”

I shared mistakes and problematic points of this documentary about the 15 July coup attempt. Of course, there are much more questions to be asked to shed light on it. For example, was the Turkish parliament bombed by a fighter jet, or was a bomb placed inside the building? The blast happened inside the building. And why the AK Party and the Nationalist Movement Party blocked the parliamentary commission investigating the coup attempt? And why was this plot organized so poorly although 50% of all admirals and generals and 70% of all staff officers allegedly took part in it? Who prepared purge lists much before the coup attempt and for what reasons? Arrested officers were mostly pro-NATO and pro-Western ones and they were not associated with the Gulen Movement. There are hundreds of questions waiting to be addressed. This documentary does not even slightly touch these issues. If it is only about the Bridge incidents why is it based on a story of the Gulen-Erdogan struggle? How can it conclude easily without addressing these questions? As a result, I am in doubt if it is a real documentary. I wish it was a well-prepared work with intellectual responsibility and ethical obligations. I wish it was focused more on questions than results. I wish it was reconstructive rather than fictive.