The New Renaissance of Islam and Central Asia 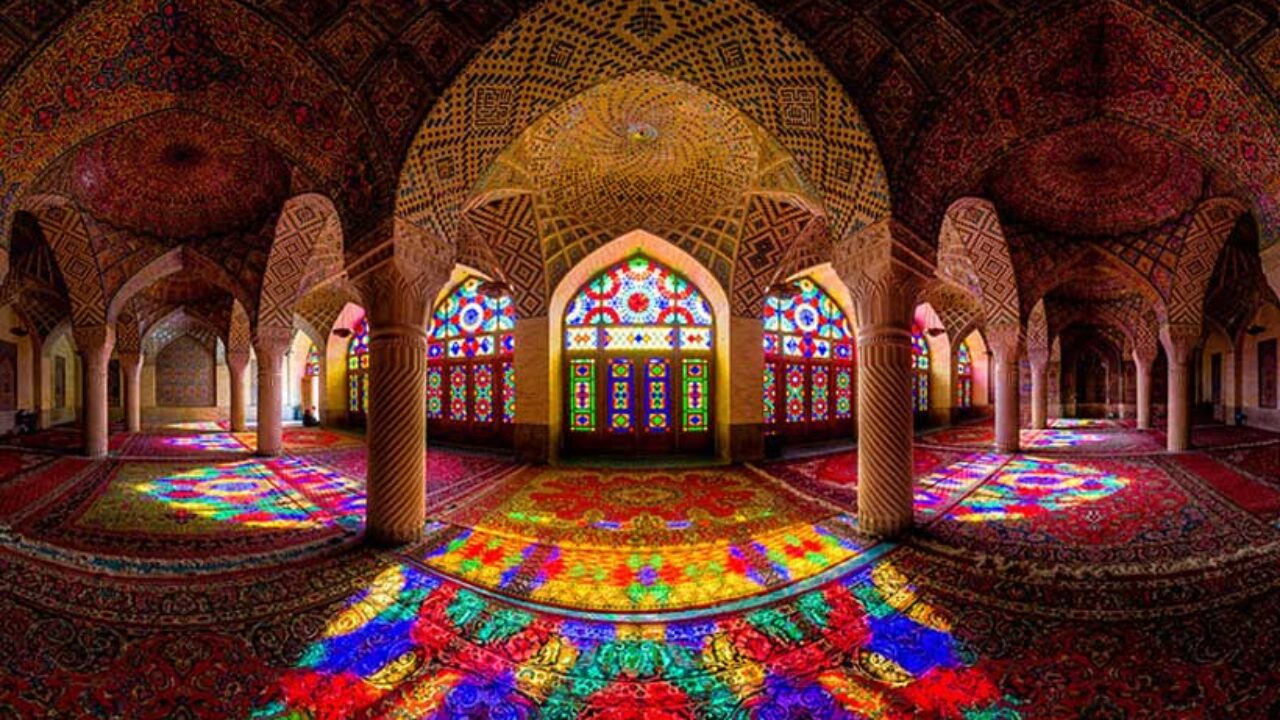 Let’s ask the question out of the gate:

“Is a new Islamic renaissance possible in the future while the Islamic world and Turkey are all of a dither? If the answer to this question is a yes, which region can blaze the trail in this new golden age?”

I have been aspiring to write about this topic and the book published by Princeton University titled “Lost Enlightenment: Central Asia’s Golden Age from the Arab Conquest to Tamerlane” conduced toward my aspiration. More precisely, the role played by Central Asia on Islamic science and intellectual history had not caught my attention before I had a chance to read the book.

The first thing that springs to mind is the Abbasid’s Baghdad as far as the Islamic golden ages are concerned in science. Baghdad symbolizes the ground-breaking inventions and works of Muslim scholars particularly on mathematics, medicine, and astronomy.

Frederick Starr, the author of “Lost Enlightenment” published in 2015, brings a new perspective on this matter.

The struggle for power between the two sons of the Abbasid Caliphate Harun al-Rashid is won by Al-Ma’mun who resides in Merv during that time. When Al-Ma’mun replaces his father, he starts making plans to change the center of the caliphate from Baghdad to Khorasan, in other words, to Merv. Moreover, he continues to remain at Merv for another six or seven years. However, he moves to Baghdad at a later stage considering the fact that it would be extremely difficult to manage the Islamic geography from Merv. Right at this point, a lot of scholars and scientists come together with him to Baghdad from Merv.

Banū Mūsā brothers, who measured the circumference of the earth, were from Merv.  Muhammad ibn Mūsā al-Khwārizmī, who is the founder of algebra, is from Khwarazm. The word “algorithm” derives from Algoritmi, the latinised name of Khwārizmī.  Kathīr al-Farghānī, the renowned astronomer, was born in the valley of Farghana. Christopher Columbus reaped the benefit of al-Farghānī’s books and works during his world voyage.

Abu Rayhan al-Biruni was born near the Aral Sea and continued his works in the Ghaznavid State inside the borders of Afghanistan today. Fredrick Starr says, “al-Biruni spoke of a large piece of land between the Atlantic and Pacific where the was life. This is the earliest discovery of America.”

Avicenna grew up in Bukhara. The hadith “Talaba-al’ilmi1 farîdatun ‘ala kulli muslimin wa muslimatin”, meaning “The search for knowledge is obligatory for every Muslim” was written at the door of the madrasa of Ulugh Beg who determined the length of the sidereal year more precisely than Nicolaus Copernicus. Ulugh Beg and his team determined the exact positions of 992 fixed stars.

Abu Nasr Al-Farabi, who is called “Muallim-i Sani” (The Second Teacher) after Aristotle, is from Central Asia. Omar Khayyam was born in Nishapur.

Seb Falk from Cambridge University mentions the works of the following 20 Muslim scientists in his book “The Light Ages: The Surprising Story of Medieval Science”:

Most of them are from Central Asia…

Central Asia plays another critical role in Islamic history. The movement that ended the Ummayad sultanate starts from Central Asia and the Abbasids come to power thanks to the strength of the region. Frederick Starr says, “No region played such a vital role as Central Asia in the collapse of the Umayyad caliphate and the arrival of the Abbasid caliphate in Damascus.”

Naubakht, who is from Merv, leads the team of astronomers who designated the location of the settlement during the establishment of the city of Baghdad. The son of Naubakht was given the task to build the library of the Caliph.

We learn from the book Lost Enlightenment that Imam Muhammad-i Ghazali’s works have a great impact on the Europeans and a lot of European authors actually benefit from him. French mathematician and philosopher Blaise Pascal found the views of Ghazali that favor inspiration instead of wisdom more appealing to himself. Scottish economist and enlightenment philosopher David Hume saw al-Ghazali’s rejection of the causal link similar to his own thoughts.

Fakhr al-Din al-Razi writes the book Cami’ul Ulum (Compilation of Sciences) that covers a total of 57 fields including natural sciences and human sciences. Muslim geographer Yaqut works in twelve libraries in Merv for three years and states that there are 12 thousand volumes only in one of the libraries. Tertius Chandler states in his book titled “3000 Years of Urban Growth” that the population of Merv was around 200 thousand as of 1150.

Khorasan means “the land on which the sun rises”. Khorasan covers the area of Kazakhstan, Uzbekistan, Turkmenistan, Kyrgyzstan, Tajikistan, East Turkistan (Xingjian), Afghanistan, and Iran. Mā Warāʾ an-Nahr (Transoxiana) means “[what is] beyond the [Jayhūn] river”. This was what they called the land beyond the Jayhūn (Oxus) River. And they called Bukhara, where great individuals like Imam al-Bukhari were raised in, the “Dome of Islam”. Muslim travelers called the city of Balkh, the hometown of Jalāl ad-Dīn Mohammad Rūmī, the “Mother of Cities”, “Beautiful Balkh”. The River of Balkh, which is dried out completely today, was deep enough to float ships.

Another thing we learn from the book is that the impact of Central Asia reached out to the West and America. The tomb of the Great Seljuk Sultan Ahmad Sanjar is a great source of inspiration for the architecture of the United States Capitol. The architects of the cathedrals in Florence and St. Petersburg, and the United States Capitol are inspired by the two-domed tomb of Sultan Sanjar in Merv. The author of the book says, “It is possible to say that the three most famous structures in the West are the grandchildren of Sultan Sanjar’s tomb in Central Asia”. The wall decoration inside the Doge Place in Venice was adopted from the Kalyan Minaret in Bukhara.

The author of the book states the following:

“The region that harbours Afghanistan, the most underdeveloped country in the world today, raised prominent scientists and philosophers once upon a time… The Europeans invented many things during the scientific revolution in the 16th and 17th centuries by understanding the logic of the prior research from a to z carried out by the people in Central Asia and others. Europe had not caught up with the science that was available in Central Asia in the 11th century until the 17th century.”

“This epic age might have been long gone, however, there are some signs that it is being rediscovered by the youth today.”

Just like Frederick Starr emphasized, it is possible to see that a new generation is being raised when we have a closer look at the geography of Central Asia. Central Asian youth are being graduated from the best universities in the world. This generation has the potential to play very important roles in the future of both Central Asia and the Islamic world. The people who made the golden age possible in Central Asia were around their ages.

Avicenna, who started treating patients at the age of 16, was 42 years old when he finally finished his book “The Canon of Medicine” which took him 10 years to write. Avicenna wrote more than 400 works in different fields such as medicine, philosophy, physics, chemistry, astronomy, theology, clinical pharmacology, psychology, ethics, and musical theory, and only a part of his 240 works were managed to be published among his most renowned works.

Al-Biruni, just like Avicenna, started his scholarly work even before he was 20. Al-Biruni wrote 180 works in the fields of geography, mathematics, trigonometry, astronomy, physics, geology, psychology, mineralogy, pharmacology, and comparative religions, but only 22 of them reached the present day.

Al-Khwarizmi determined a total of 2402 locations in the world. He also depicted the Atlantic and Indian Oceans as open bodies of water, not land-locked seas for the first time, included the Pacific ocean on the world map for the first time, and added many places to Central Asia and the Middle East. Thus, he considerably expanded the recognized world. His Geography Book was a cornerstone work for the subsequent geography studies both in Arabic and Western languages.

Al-Ghazali was 38 years when he was leading the Nizamiyya Madrasa, which was the most prestigious professorial at the time, with his 3000 students, and provided nearly 80 works throughout his life.

The point to be emphasized here maybe is the fact that some of the young people growing up in Central Asia dedicated themselves to scholarly work just like Avicenna, al-Biruni, al-Khwarizmi, and Imam al-Ghazali. The critical question is, will it be possible again?

We must at least redirect well-trained people from the current generation to scholarly researches. Otherwise, it is a dream to experience a new Islamic renaissance.

Had the Islamic world not be advanced in science and philosophy in the past, would it be possible for us to talk about the golden ages of Islam? No…

Turkey has been one of the central countries of Islamic civilization throughout history and exceedingly had its share of “degeneration of the center”. Therefore, just like Frederick Starr emphasized, it seems like it is more possible for the Central Asian youth to lead the way for the Islamic renaissance.

Islamic countries have 2/3 of the oil reserves and 3/5 of the natural gas reserves, but they only have 10% of the total national income fall to their share in the world. England and Germany alone are worth 49 Islamic countries. (Islam, Authoritarianism, and Underdevelopment, Ahmet Kuru, Cambridge University, 2019)

According to Ibn Khaldun, science and philosophy were developing in the eastern part of the Islamic world, meaning in Central Asia, while they were ramping down throughout the Arabic world. Historical facts suggest that there had been a maintenance age with the touch of the regions away from the center after the collapse of the regions which were accepted as the center of Islamic civilization.  For some reason, the corruption of the center happens faster, then a neighborhood steps in and puts the center back on track.

Central Asia is a region that has not been degenerated from this aspect and that is probably why it played critical roles during the collapse of the Islamic civilization and put the center back on track.

I cherish the hope that Central Asia will play another historical role during a critical period in history.

The whole point is that the growing young people of the schools below, should not ignore the scholarly fields and new brains emerge.