The reason behind Turkey’s substantial involvement in the Syrian conflict? 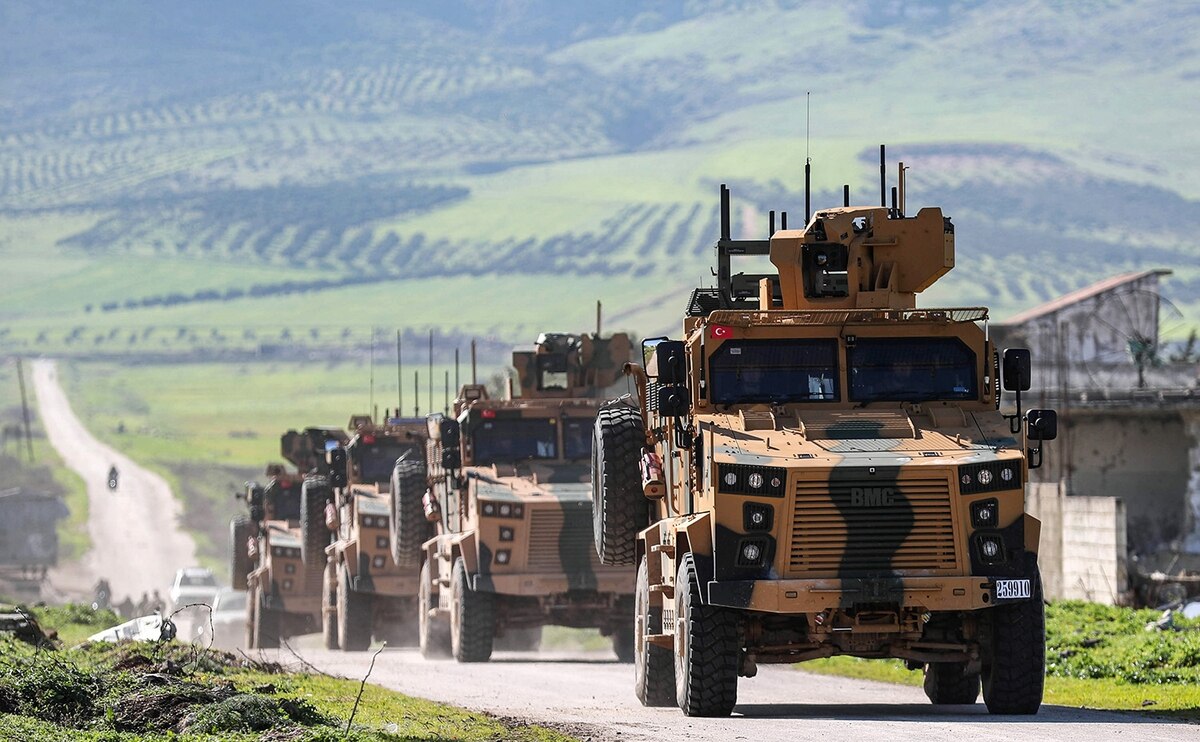 Recent times have seen Turkish journalists, including the likes of Can Dündar, who is a recipient of the Golden Pen of Freedom award, allude to the actions of Turkish President Recep Tayyip Erdogan in conducting a recent operation with the aim of strengthening his authority in domestic politics. Despite the June 24th re-election terminating 25 years of AKP rule in Istanbul, Erdogan managed to mobilise the support of opposition parties for The Operation Peace Spring on the 9th October. This operation was carried out with the intent to eliminate Kurdish groups from North-Eastern Syria, thereby creating a safe zone along the border.

What is the reason behind Erdogan’s substantial involvement in the Syrian conflict?

The Syrian conflict provided Erdogan the significant opportunity to promote his Islamist ideology. During the first Gulf war, The U.S, together with Britain as well many other European states formed the biggest military alliance since World War II, with Saudi Arabia and Egypt supporting this alliance. The Second Gulf War saw America challenge Saddam Hussein. The Syrian conflict however, has proven more complex, as jihadists from all over the world gathered in Syria, with new players such as Russia, Iran and Turkey entering the game.

Russia has since, gained a massive military advantage in the region. In order to solidify his leadership in the Islamic world by creating a ‘Caliph of Islam’ image, Erdogan has supported the jihadist groups in turkey, as well as involve the Turkish army in this conflict. When the Syrian conflict erupted, Erdogan confirmed that he would perform the Jumma prayer within the Damascus Mosque, indicating that Erdogan may believe that a conquest of Damascus would ensure him his sought-after position as ‘Caliph’. Whilst Syria possesses no mineral resources, the country holds religious and historical significance, as the first major city of the Eastern Roman Empire to be conquered by Muslims.

Since the Syrian operation, Erdogan’s support of ISIS has been widely discussed and debated. ISIS leader: Abū Bakr al-Baghdadi died in Idlib, a city just three and a half miles from the Turkish border, in an area controlled by the Turkish-backed Free Syrian Army. Many ISIS leaders have received medical treatment in Turkish hospital since the commencement of the conflict.

German television station ARD broadcasted that ISIS had been involved in slave trade through a liaison office in Turkey’s Gaziantep city. Kurdish forces and The Syrian government have accused Turkey of being complicit in The Kobani Massacre that resulted in the estimated death of 233 civilians in June 2015. In 2017, researchers from the Columbia University’s program on ‘Peace-building and Rights’ compiled reports which indicated that Turkey had provided financial support to ISIS through the purchase of oil, as well as being complicit in the training of ISIS fighters.

Autonomous Kurdish regions in Iraq and Syria have always proved to be a challenge for the Ankara region, as the Kurdish autonomy rules in neighbouring countries threaten to inspire Turkey’s Southeastern Kurdish majority region to import the same model. During the two-decade long persecution of Iraqi leader Saddam Hussein, tens of thousands of Kurdish civilians sought refuge in Turkey, with the Gulf wars escalating the situation.

The conflict in Syria has had a devastating effect upon Turkey as 3.6 million Syrian refugees fled to Turkey, thereby negatively affecting business relationships. Turkey’s former president Turgut Ozal attempted to invade the Iraqi city of Mosul during the first Gulf War as Turkey maintains its right to the city. However, the U.S. government intervened, interrupting the operation. Turkey wasn’t able prevent autonomous Kurdistan in Iraq, however, after three decades Erdogan has convinced major players in Turkey to enter Syria with the aim of preventing the Kurdish corridor in Syria. Turkey aim to establish a safe zone upon the border to sent at least one million Syrian refugees.

In 2011, upon the eruption of protests against the authoritarian administration of Bassar Al-Assad, Assad responded through violent repression of the riots, eventually losing control in the north. ISIS then emerged in the area in 2013, occupying large areas of land including the Kurdish majority region. Syria’s largest ethnic group: The Kurds attained victory against ISS with the support of The U.S. and Europe. Kurdish and non-Kurdish militias formed Syrian Democratic Forces (SDF) in 2015 managing to push ISIS back. As of 2019 SDF has gained control over almost the entirety of the North. Erdogan claims that PKK is aligned with SDF. PKK is an armed organization has been in conflict with Turkey over the autonomous Kurdish region in Turkey since 1983.

Erdogan vowed to never allow ‘unlawful Kurdish establishment’ upon the Turkish border. Erdogan has attacked Kurdish forces many times. In 2016, Turkish forces invaded Jarabulus in order to halt ISIS and block Kurdish expansion along the border. In 2018, the Turkish army entered Syria with the intent to wipe out the SDF and captured Afrin. Erdogan’s Syria operations have proven costly to Turkey, with the country entering into a recession in early 2019. The reaction of the public led to Erdogan losing almost all major cities in the March 2019 municipal election including Istanbul, with the Pro-Kurdish HDP attaining 8 mayoral seats.

Two million Kurdish votes proved to be the key toward the victory of Istanbul for the main opposition Republican People’s Party (CHP). When the pro-Kurdish Peoples’ Democratic party (HDP) surpassed the 10% threshold, won 80 seats in the parliament in the June 2015 election which caused the AKP has lost its 2/3 majority since 2012, Erdogan terminated peace processes with the Kurds, as well as destroying many Kurdish cities. Kurdish voters again angered Erdogan as Kurds did not voted for him in the recent local election. He pressures for safe zone project in the east further into to Kurdish led area.

Turkey and the USA have agreed over a 5 km safe zone in August. In September at the UN, Erdogan proposed a much larger zone: 30 km deep and 480 km long in Syria and enable to safe passage for two million Syrians. President Donald Trump broke U.S. alliances with The Kurds thereby removing U.S. troops from the border. On October 9th, Turkish army entered north-eastern Syria, targeting hospitals, whilst thousands of Kurdish civilians struggled to leave the conflict areas. Kurdish forces were forced to leave ISIS prisons unguarded, leading to the escape of hundreds of ISIS militants, with Russia gaining a strong presence in Kurdish areas.

Erdogan’s attacks upon The Kurdish do not stem from Turkey’s territorial integrity but rather from Erdogan’s desire to punish Kurdish voters and attract nationalist votes. Erdogan’s preoccupation with The Kurds may never cease, however, his dream of attaining the Caliphate may be shattered, with the emerging potential of SDF commander Mazlum Kobane being accepted by leaders such as Trump and Putin as the legitimate leader of the Kurds

The article written by Mirza Aydin first published in The Star, South Africa.