HomeExpertsThe self as ‘khalifah’: On the limits of democracy and individualism and...
Experts

The self as ‘khalifah’: On the limits of democracy and individualism and the idea of “personacracy” 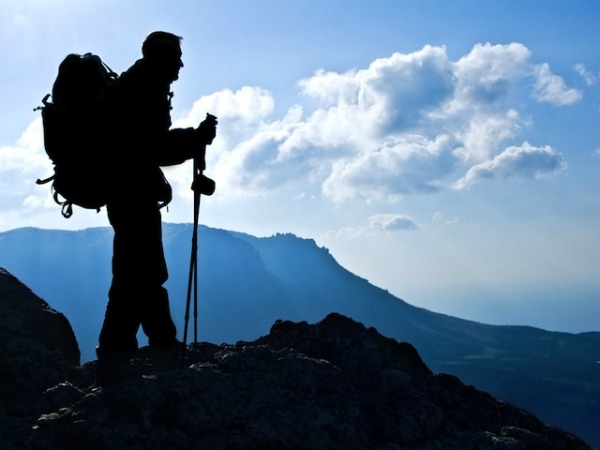 Being part 3 of the speech to Malaysian and Indonesian Muslim students of North America and Canada, Washington DC December 2007.

Some time ago, in 2007, I was invited to speak at a gathering of Muslim students in Washington DC. It was organized by the Muslim Student Association of USA and Canada.  I prepared a 30 minute plenary speech on the idea of self vis-a-viz democracy and individualism.  Below is an excerpt of it:

I begin with two familiar quotes:

“A life unexamined is not worth living,” said Socrates.

In this third part of our discussion, we will talk about the world within and this relates to the limits of democracy and individualism. I use the word “personacracy” or “deeply personal democracy” to describe what it is that we need to know about ourselves in order to navigate through the politics of representation of the modern world and signs and symbols of the postmodern environment we inhabit. We need, as an American social critic Frederic Jameson called a “cartography of the self” or a GPS system of our inner and outer world to function in this environment.

But first, what does being and “individual” mean? Let me offer a perspective that you can build upon. I need you to listen carefully to the concepts. They might make sense.

How limiting can the term “individualist” mean if it hovers merely within the realm of one’s beingness in relation to this world wherein information is mistaken for knowledge and propaganda for truth within the assumption that what we know can merely be grasped by the senses five?

If one’s entire beingness and becomingness is shackled by it being shaped by the apparatuses of the modern state, as the Italian thinker Antonio Gramsci once said, and if one’s understanding of the world is merely a mimic of what politics, culture and scientism has dictated, then the word “individualism” is but a term coined so that the personhood in each and every one of us becomes an object to be studied through the process of Othering. Within this delimiting and shackling context then, I must name myself less as an individual and more as a “personacrat.”

My personacratic self primarily aims at understanding first and foremost my inner world with its attendant beauty and self-government, evolving personhood, destroying of paradigms and perpetual awareness of the supra-consciousness of what lies within. I am a personacrat derived from a conceptual meadow I coin as “personacracy”; a government (kratos) of the self, by the self, for the self.

I reject all forms of democracy; the illusionary system of government which has lost its meaning since it was first conceptualised. Personacracy allows me to be in this world of illusion, of Maya, but not be and become part of it. I am thus in this world but not of this world.

Personacracy: the self as khalifah

The government I have created in my wakefulness entails me to mediate between the I and the Thou-ness of the scheme of things. I conjure Existence as the highest ideal, going beyond merely thinking therefore I exist, rather believing that I exist within a universe of Existence. I persist to exist within this encapsulated notion called mind and body and persist to believe that when this body rots, death becomes the beginning of perpetual existence. I am eternal within this form and shape of beingness, until eternity calls upon me to be me with Nature and to be a witness to the Truth I have longed to meet.

I am truth within a Truth of greater magnitude. I am one and indivisible within a greater design of Oneness and Indivisibility. I utilize my senses five with guidance from my Inner Self in turn guided by a counter-balancing self within. And within these faculties and the political organs within, my entire personhood is a government in itself to be ethnically mastered and maneuvered through the oceans of mercy I call the world outside.

I am thus as such, closer to my Self than my jugular vein! In what ways then, am I not individualistic? Here are a few: I once wept when I had no shoes, until I saw a man with no feet; I once believed that man can rise to become Superman, until I sank deeper within myself to become a vicegerent of the Supreme Spirit; I once believed that life is to be lived until I heard one say the life unexamined is not worth living; I once believed that we live once and then die, until I discovered that death to me comes by every nightfall and I live a new life by every break of day; I once heard of a distant heaven and hell, until I name them so as I can be in them; I once let time pass, until I became it and gave what it asked for; I once thought loneliness is bliss until I began to desire of its unspeakable beauty; I once asked who should govern and why must I be governed until I found the ways to govern those within me who longed to be governed; I once marveled at creation, destruction and sustenance until I found that I am all in one Creator, Destroyer and Sustainer.

I am this world within and the world without but not with it. Because if I am part of it, I will be apart from the Thou I longed to be part of! I am a traveler passing through time. In my journey I have met mice and men, savages and savants, politicians and philosophers, economists and eco-feminists.

In my journey I have met Marx, Nietzsche, Sartre, Foucault, Al Ghazalli and Al Arabi, and philosophers beyond the type of individualism I have been told to mimic. I am taking to the road not taken, for it should make a difference and as I pass through, I kept looking at open windows lest I be oblivious of what this world may teach.

And as I pass through I become more subdued in my anger of what has wrought this world and made men wretched of the earth as I know that this journey is an arduous one; one which begins with a web of guess but will end at a point of certainty.

And at the moment of death, the end of the road, I am meeting a self of whom I am familiar with, who I once met before this journey begins. I create the rock I choose to roll so that one should imagine me happy. I can soar among eagles and dwell among sparrows.

Life, to me,  is not an end game but a journey towards Light, which has neither a beginning nor an end. And hence, why am I not an individual and democrat?

Because the world is too much for me. If all the world’s a stage, I insist not being a mere player but to create one for myself so that I can, in the end hold it like a crystal ball – the world and the stage and its players in all. Is there not beauty in personacracy, than in democracy?

I believe, therefore I am a personacrat! I am my own “Khalifah”