HomeExpertsThe stealing of an election in Istanbul
ExpertsTop Stories On Turkey

The stealing of an election in Istanbul 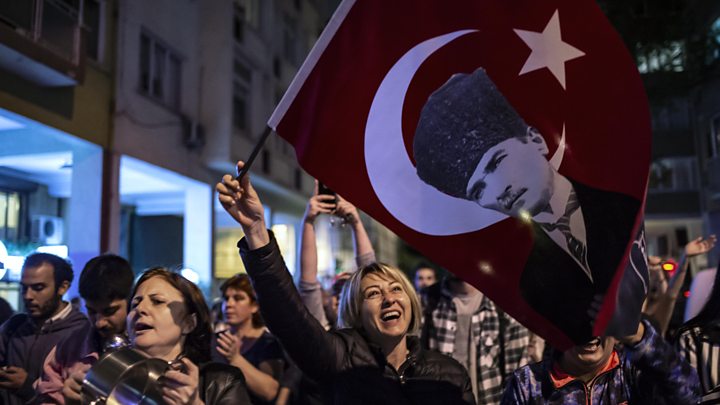 Turkish President Recep Tayyip Erdogan needs Kurdish votes for his Justice and Development Party to win the Istanbul mayoral election on Sunday. However, polls indicate that 80 percent of Kurds are expected to vote for the opposition candidate, Ekrem Imamoglu of the Republican People’s Party, or CHP. Imamoglu had already won the March 31 mayoral race, but Erdogan’s Supreme Electoral Council rejected the results and ordered a new election. This time, Erdogan will make sure his AKP party wins.

The AKP has controlled Istanbul’s local government since the 1990s when Erdogan served as mayor. Holding Istanbul is a source of prestige for Erdogan. Because of its vast budget and oversight responsibilities, Istanbul is also a source of great wealth and patronage for the AKP.

However, Turks are deeply dissatisfied with Erdogan and his management of the economy. The country faces 20 percent inflation and rising double-digit unemployment. The Turkish lira has declined 27 percent in the past year. And Turkey’s foreign debt of $450 billion is more than half of the Turkish economy.

Kurds overwhelmingly support the pro-Kurdish People’s Democratic Party, or HDP. However, the party will not field a candidate in Istanbul’s election, and party leaders are encouraging its members to vote for Imamoglu. Its boycott could be decisive. Kurds reject Erdogan’s “get tough” approach to the Kurdish issue.

Erdogan discontinued talks in 2015 with the Kurdistan Workers’ Party, also known PKK, then doubled-down on a military solution, attacking Kurdish-majority cities in the southeast. He imposed round-the-clock curfews and suspended services. Cities such as Cizre were devastated by Turkish artillery and aerial bombardment. And last month, Turkish troops expanded the conflict by attacking PKK facilities across the border in Iraqi Kurdistan.

Turkey has become the black sheep of Europe. The European Parliament voted to suspend Turkey’s membership negotiations because of its abysmal human rights record. According to the European Commission’s annual report, talks with Turkey have “effectively come to a standstill.”

Nonetheless, Erdogan is trying to woo Kurdish voters by showing a softer side ahead of the Istanbul election.

He recently allowed lawyers for Abdullah Ocalan, head of the PKK, to visit him at the Imrali Prison where Ocalan has been in solitary confinement for 20 years.

And the ruling Justice and Development Party, the AKP, introduced a judicial reform package. While it pays lip service to human rights, Article 8 of the Anti-Terror Act and Article 301 of the Penal Code, which curtails freedom of speech and assembly, remain in effect.

Kurds are wary of half-hearted appeasement after years of abuse and disenfranchisement.

There is great energy at Imamoglu’s rallies. That does not mean, however, that Imamoglu will be the winner. Erdogan did not engineer a new election so that the AKP could lose again.

How will voters react if the AKP declares victory? Polarization in Turkish society is already profound. Divisions are exacerbated by Turkey’s collapsing economy. Its relations with the EU are worsening. Since Erdogan announced the purchase of S-400 missiles from Russia, Turkey has become an outlier in NATO and estranged from the United States.

Protests and violent conflict could erupt if the AKP steals the election. Citizens of Turkey are a proud and honorable people who won’t turn a blind eye as their democracy is derailed and Turkey’s international reputation is further tarnished.

The article first appeared at Newsday.com.