The Turkish state and the politicization of South African Muslims 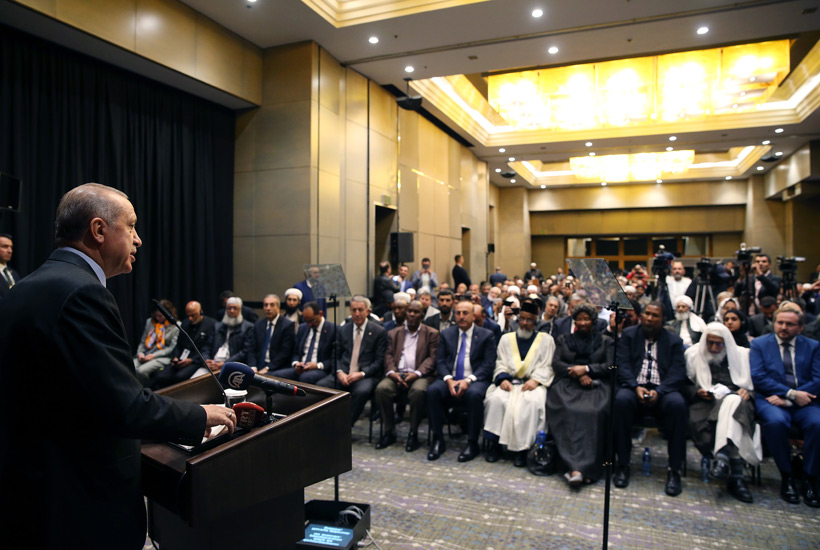 A young and prominent Sri Lankan boy had once discussed with me that he believed that traditional religious groups have become highly politicised throughout the world in recent years.

Over my two-decade-long career in journalism, I have observed this to indeed be true. Over this period of time during which I have been based in Sri Lanka, India and South Africa I have especially noted the manner in which the Turkish state has politicized those communities predominantly made up of Muslims of Indian descent.

Erdogan’s government has actively pursued a political agenda in South Africa since 2016.

Propaganda driven by the Turkish state centres around slander and defamation of the Gulen Movement which Erdogan blames for the failed coup in July 2016.

Fethullah Gulen, the Turkish Islamic scholar and the spiritual leader of the movement denies any involvement in the coup attempt.

The Gulen Movement, largely made up of highly skilled and educated individuals, is seen as a major threat to Erdogan’s anti-democratic rule.

Turkey’s hard-line secularists who regard themselves as the guarantors of Mustafa Kemal Ataturk’s republican regime have targeted the Gulen Movement for decades.

The Erdogan government has opposed the Gulen movement ever since the biggest corruption scandal the country has ever seen made headlines in December 2013.

It exposed the massive indiscretions and corruption of Erdogan and his inner circle.

Erdogan claims the judicial and security members, who initiated the December 2013 corruption investigation that saw 91 people detained large sums of cash seized, were all members of the Gulen Movement.

Instead of providing answers or clarity of any sort, Erdogan began diverting attention and claimed the corruption case to be a personal attack and rebellion against his rule.

With his Justice and Development Party holding a majority in the Turkey’s parliament, Erdogan managed to pass the law to form illegal special criminal courts which then jailed all the prosecutors, judges and police forces involved in the corruption case against him.

After the corruption case, Erdogan accused The Gulen Movement of organising the military coup attempt that to place during the early hours of July 15, 2016. No proof of this has ever been put forward.

The Erdogan government allied with Turkey’s ultranationalist Perincek group whom Erdogan himself accused of attempting a coup against his government in 2003 and 2004.

Initially, Erdogan provided political support to the judiciary to carry on Ergenekon trial which brought the members of the clandestine military and bureacratic establishment of Turkey before the courts.

However, following the 2013 corruption case against him, Erdogan changed this attitude towards Turkey’s deep state Ergenekon group members.

In 2014, Erdogan interfered in the judicial process to acquit all jailed military leaders, whose coup plans were exposed in 2008.

The Gulen movement has since found itself on the receiving end of opposition, defamation and oppression from both hard-line secularists as well as Erdogan’s AKP members.

Turkish ambassadors traditionally belong to hard-line secularist groups distancing themselves from Islamists parties and conservative, religious groups including Gulen movement members. Since the new alliance of secularists and Islamists in Turkey, ruling AKP members and secularists ambassadors have been acting together to target Gulen followers. This has been the case in South Africa as well.

In the days following the 2016 coup attempt , AKP backed business association MUSIAD organized a panel in Johannesburg’s Radisson Blue Hotel with representatives from senior Islamic groups in South Africa labelling the Gulen Movement as a terrorist organization. A renowned South African radio journalist who joined the panel observed in disbelief that a Turkish NGO based in South Africa would call another NGO terrorist?

Unbeknown to many South Africans The Maarif Foundation has found itself at  the centre of doubt and criticism in Turkey as Erdogan’s government has reportedly poured millions of Dollars into the foundation at the expense of  Turkey’s education budget.

Whilst the Turkish government has revoked the citizenship of many Turks for simply being critical of Turkey’s current government, the Turkish embassy has issued Turkish citizenship to Ottoman Citizen Ebubakr Effendi who came to South Africa in 1860. The Erdogan government also did not forget to fund Cape Town’s historical Ottoman Cricket Club to aid Erdogan’s neo-Ottoman populist policy.

For the First time in Turkey’s republican history, Diyanet has politicized the mosques by allowing AKP politicians to use praying halls to address their constituencies.

Turkey’s Yunus Emre Foundation, whose main role is to introduce rich Turkish literature and culture to the world similar to Germany’s Geothe Institute and Spain’s Cervantes Institute, has also been complicit in a smear campaign against the Gulen Movement.

Whilst the Kemalist secular regime ambassadors and AKP financed institutions carry out a highly funded propaganda war against the Gulen Movement in South Africa, South African students have been left in the lurch in Turkey as AKP institutions and the Turkish embassy neither assisted them in paying their university bursaries nor helped them to transfer from the costly Bahcesehir University to the state universities.

As a result, many South African students lost out on an entire academic year.

During my time in India and Sri Lanka, I would often hear the locals speak of the internationally acclaimed and advanced religious-educational institutions (Madrasahs) existing in South Africa.

I know firsthand that many Muslim nations around the world are much less fortunate than South African Muslims who enjoy a remarkable amount of religious freedom.

It is a shame to note that these institutions in this democratic country are using this freedom as well as their resources and platforms to further the agenda of the corrupt and oppressive Turkish government in engaging in slanderous attacks and making wild and baseless claims of Gulen’s being disbelievers.

Mirza Aydin is a Turkish journalist based in South Africa.