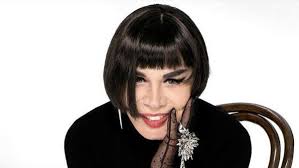 Sezen Aksu, Sedef Kabas, and the woman who protested “We are hungry!” in a mosque are the most discussed topics of the week in Turkey. These three events are even enough to understand the toxic political atmosphere of Turkey led by the Erdogan regime.

Sezen Aksu is the queen of the Turkish pop and is known in Turkey and abroad with numerous hits for years. After she shared it on her YouTube channel as a gesture of wishing a happy new year to everyone, Aksu has been one object of the current lynching campaign led by the acolytes of the ruling – should we say ‘ruining’? – party AKP, its ultranationalist sidekick MHP, the Turkish Religious Affairs Directorate Diyanet, firebrand Islamists and opportunists for an excerpt from her song “Şahane Bir Şey Yaşamak” (How Wonderful to Be Alive). When released in 2017, the song drew no criticisms. Once she shared it again recently, it has become the lightning rod for its lyrics that translate “Here we are, on a rollercoaster, heading straight to disaster, just say hi to the ignorant Adam and Eve”.

Having shed its moderate stance thanks to mushrooming ultra-nationalism and Islamism, Turkey is a tinderbox prepped by the incumbent regime for social unrest for extended totalitarianism. Left with almost no discourse to justify the notions nurturing the regime, Erdogan and his propaganda setup grabbed this windfall political opportunity to consolidate public support and regain the lost ground amidst disintegrating economic and social setup. With the first stone cast to vilify the singer on a religiously sensitive issue, as expected, government mouthpieces and the whole bunch of Erdogan allies followed to hurl death threats over the mention of Adam and Eve in such a manner.

This turmoil turned to discussion on blasphemy vs artistic freedom on social media. While some clerics like Cübbeli Ahmet Hoca and others hand in glove with the Erdogan regime expressed strong religious references against the song asserting that the lyrics were blatantly blasphemous, some theologians like Dr. Ayhan Tekines, who do not condone with the wrongdoings of the Erdogan regime, posted “We need to elucidate our thoughts about respect to sacred and freedom of expression” on Twitter. With this, Dr. Tekines put a broader perspective on the issue and made a call to address the gray areas and refrain from further mistakes that may spark all-out conflict. Opposition politicians, some intellectuals and thousands of social media users showed solidarity with Aksu on her freedom of expression and artistic license.

Friday last week witnessed Erdogan standing at the prayer niche of an Istanbul mosque and addressing the congregation with his gunpowder comments “Nobody can insult Adam and Eve. It’s our duty to rip off the tongues who insult them when the time comes”. Fears galore about what may happen to Sezen Aksu amidst this psycho-Islamist discourse bent on manipulating religious sentiments for political mileage.

In the days that followed, TV journalist Sedef Kabas was arrested on the grounds of reminding a Turkish proverb on a national TV, “Entering the palace does not make the ox into a king but makes the palace into a barn.” Soon after her arrest, social media users showed solidarity with her by sharing the same proverb and similar others. After the July 15 faux coup, Erdogan and his party officials went on a spree to upturn every institution in Turkey including the tenets of the constitutional regime. Erdogan rules by the politics of oppression upon opposition and fuels his mileage by polarizing the society. This being the case, Sedef Kabas had first said, ‘According to a famous proverb, a crowned head is wiser. Yet, we see it has not been true,” before adding the proverb quoted above. All incidents following the July 15 coup attempt including the vilification of Sezen Aksu and Sedef Kabas’ arrest prove Kabas’s standpoint and assert that the Erdogan regime is in the throes of death.

While Erdogan was busy hurling threats to Sezen Aksu in a mosque, another event broke out in another mosque. Recorded by a member of Friday congregation, a woman entered a mosque and shouted “We are hungry!” to those present and to the congregation who listened to the sermon broadcast live on radio. This manifestly shows how the common people are crushed under spiraling inflation and abysmal economic crisis, only two of numerous mismanagements of the Erdogan regime.  One need not be a fortune-teller to say people are fed up with the regime’s manipulation of religious sentiments and the politicization of mosques by the Erdogan regime. As disgruntled population raise their voices on each day, it is feared protests may pour out to streets and upset the delicate social balance to play in the hand of the Erdogan regime, who is keen on dividing and ruling longer. As if to prove what Sedef Kabatas had said to define the current situation, the leader and his officials perform the essence of the proverb, “Entering the palace does not make the ox into a king but makes the palace into a barn”.