Top of the month: In love with Mafia boss 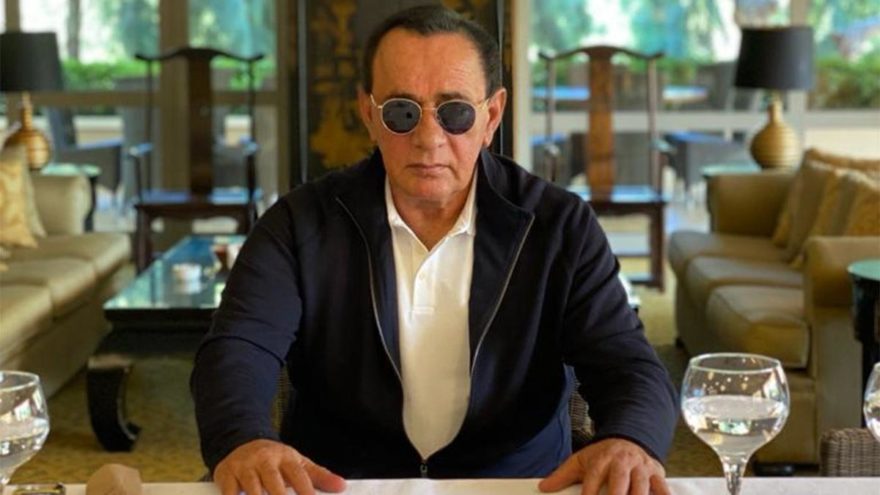 It’s incredible as it is terrible and out of the ordinary.

A Turkish citizen was arrested for insulting organized crime leader Alaattin Çakıcı. The citizen stands charged with “inciting enmity and hatred.’’ Facts of his ‘crime’ entail posting “I challenge you” message on social media targeting Çakıcı.

About 16 years ago, Çakıcı was arrested on numerous charges including murder, but he was released in April as part of a Trojan amnesty bill to reduce prison populations during COVI D-19. Out of the ordinary, his release was long sought by the Nationalist Movement Party (MHP) leader Devlet Bahçeli, whose party considers Çakıcı a hero.

Why?  It’s because his operations targeted members of the Kurdistan Workers’ Party (PKK) in extrajudicial killings. Reading between the lines, Çakıcı also automatically becomes a friend of AKP and Erdogan regime.

The family of the arrested citizen is on record for having been threatened for speaking against Çakıcı by members of an ultranationalist youth group known as “Idealist Hearts” –the Grey Wolves. The MHP is close to the Grey Wolves. A family spokesman said: “While there should be justice for all, we are faced with a personalized justice system. May God bless us as a nation!”

The story of the arrested citizen further unfolds the truth behind the famous COVID-19 related amnesty bill that has practically seen criminals walk Turkey’s streets free as those who could end up being found innocent remain behind bars.

President Erdoğan’s early of the month comprehensive judicial and economic reforms promise, which raised hope for the possible release of politicians and human rights advocates from jail, took a new turn after he called two of the country’s highest profile inmates, Osman Kavala and Selahattin Demirtaş, terrorists

Voice of America quoted Erdogan as saying: “What is there to say about certain people, with whom we have worked together in this struggle for years, hopping on the same train (as the main opposition CHP). (They are) asking why so-and-so is still in prison,” Erdoğan said, referring to Arınç. “We are not about to reward these people.”

Demirtaş, has been in prison for more than four years while Kavala, a philanthropist accused of helping organize the coup attempt of July 2016, has been jailed for more than three years.

Erdogan said he was offended by Arınç’s suggestion that “everyone read the book written by the terrorist”, referring to former deputy PM’s call for people to read Demirtaş book penned to understand the country’s Kurdish issue. “There is no Kurdish issue in this country”. The greatest enemy of Turkey’s Kurdish population was the outlawed Kurdistan Workers Party (PKK), which has been fighting for Kurdish autonomy for about forty years.

Talking during a TV discussion, the lawmaker said: “We have arrived at such a point that for the first time in the history of the Republic, the military of the state has been sold to Qatar… I cannot put a price tag on this – there are reports that it was for $20 billion, it was sold for $50 billion…’’

About two years ago, Turkish President Recep Tayyip Erdoğan signed a decree   granting a Turkish-Qatari vehicle manufacturer BMC a 25-year period to operate the national tank factory which is a strategic military facility of significance.

Turkish Foreign Minister Mevlut Cavusoglu and his Saudi Arabia counterpart Faisal bin Farhan Al Saud met in Niger in November in what analysts see as of improved relations. The analysts are of the opinion that both countries, after the election of Joe Biden as U.S. president, have come to appreciate the fact that the long-time crisis in bilateral relations is no longer sustainable.

Cavusoglu noted that “a strong Turkey-Saudi Arabia partnership will benefit not only our countries, but our entire region. The controversial murder of Saudi Arabia journalist Jamal Kashogi in the Istanbul Saudi consulate apart, both countries have had differing stands on various regional conflicts related to Syria and Libya.

At more than 30,000 daily cases, Turkey became one of the COVID-19 pandemic most hit countries in Europe, prompting President Tayyip Erdoğan to announce new weekday curfews and full lockdowns over weekends in a bid to control the spread.

According to the new measures, citizens will not be allowed to leave their home between 9 p.m. and 5 a.m. on weekdays, and over the entire weekend, extending from 9 p.m. on Fridays to 5 a.m. on Mondays.

At the end of November the Turkish health system had reached a point of exhaustion with daily death toll registering 188, bringing the death total toll to 13,746.