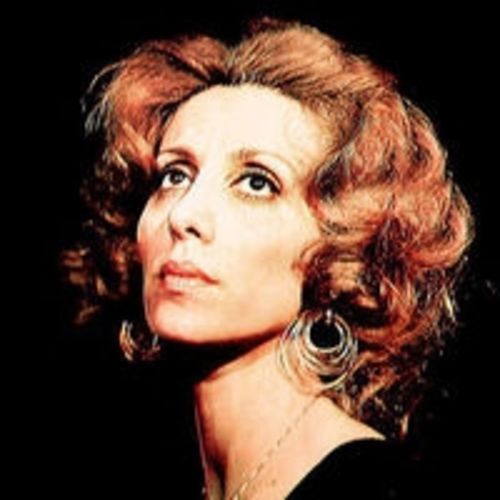 “My banner, and the stone of tomorrow, and the waves of my travel.

The wounds of my people have blossomed

The mothers’ tears have blossomed

You, Beirut, are mine

She sings her songs with such a mood and letters form a rank for the battle, as poet Erdem Beyazit puts it. Fairuz is not only a singer but she is the soul, hope, desire, and most expected voice articulating feelings of a city, a country, and even a greater region.

She equates her call for the beloved with a patriotic portrait. She calls for the significant other, as well as her country and humanity! Think about a region suffering from the birth of a nation state with conflicts based on identity and security crisis for years.

Think about a capital called “Paris of the East” devastated by conflicts and civil war. It is inevitable for an artist, who cares for her country, nation, and peace and who longs for the good old days, to be interested in the fate of her country and Beirut and to express her feelings and political views. But Fairuz does it with great responsibility and with unifying and inclusive art which is supra-ethnical, supra-sectarian, and supra-political. As a result, she becomes common sense, dream and vision of Armenians, Maronites, Druses, and Christian, Muslim Arabs (both Shia and Sunni) living in multi-cultural and tolerant Beirut.

Fairuz means Beirut, Lebanon, Palestine, Syria, etc. Fairuz means both Christian and Muslim.  Fairuz means the other map of united and peaceful Arab lands which was divided by political and artificial borders. In other words, she proves the unifying aspect of art with her musical performance despite any divisive arguments and she becomes the common color of the whole region.

Fairuz is among the most famous performers in the Middle East. The Lebanese singer is a socio-cultural reflection of the social and political transformation of the last five decades of her country as well as world-class representatives of Arab music in the twentieth century.

Fairoz is fueled by the artistic and social sensitivity for current political issues of the Arab world and the stance supported by the common history, Arab culture, and musical structure. She is an iconic figure exhibiting the importance of the unifying role of art and the social and conscientious responsibility of the artist with her music and stance.

AN IMAGINARY BRIDGE FOR THE WHOLE REGION

There is a nice legend. All bridges were destroyed in Lebanon in an attack by Israel. And Israeli Prime Minister Ehud Olmert was looking for the last bridge called Lawziyeh. But only singer Fairuz knows where it is located. Only she can show you the bridge.

Indeed, Lebanese people were mocking Israeli attacks. There was never such a bridge! It was only an imaginary bridge in a Fairuz song! Fairuz says that “You can destroy all physical bridges but our patriotism and unity!” As a result, a vision and motivation have embodied in Fairuz for the Arab world and she became its soul and hope. Fairuz is more than an eight-octave strong singer with an ecstatic tone.

Fairuz is one of the most important art brands of Lebanon and the Middle East. She is an artist that has performed in many places of the world, received prizes and appreciation, and has got a large fanbase.

She is a cultural actor that has been studied in documentaries and academic papers and she has always been the focus of sociological observations. She is a reality that cannot be ignored by socio-cultural or political history researchers and it is something inevitable to understand her for them. Or she is the diva, the legend and summary of the 20th-century Arab music.

She is not so famous in Turkey, partly because of the intentional efforts of the new nation state to cut ties with the Orient. But her songs that are adapted by singers like Ajda Pekkan, Gonul Akkor, and Erkin Koray are surprisingly familiar to the Turkish audience.

Her life story coincides with the late history of the Levant.

She was born in 1935 as the first daughter of an ordinary Maronite and Syriac Orthodox family. They called her Nouhad Haddad. She managed to draw the attention of a teacher of Beirut Conservatory in 1947. Lebanon had gained its independence only a few years ago. She started her career as a chorus singer at the radio station. Thanks to her unique and strong voice which was flexible to sing both Arabic and Western modes, she quickly became famous in Lebanon and Syria. In a couple of years, she started to work with Assi and Mansur Rahbani brothers who were very famous musicians of Beirut.

Beirut was the developing dream city of Lebanon and a masse of people were moving there to live. Pastoral songs of Fairuz were especially drawing the interest of people with rural origins and these songs were being sung in suburban areas. Fairuz and Rahbani Brothers’ cooperation started in the 1950s. They were performing at the Baalbek International Music Festival. She started to contribute to building the folklore and identity of Lebanese people as early as the 1950s. These performances were also supported by the government.

Beirut was politically divided in the 1960s. Rich and Christian Arab families were living in the eastern part, while Palestinian refugees and poor Shia and Sunni families were concentrated in the west. The polarization, which was based on financial status, overlapped with religious identities, and caused a fierce social conflict. Although the peaceful and unified nation idea which was staged by Fairuz and Rahbani Brothers was adopted by many people, the civil war could not be prevented. Now Beirut and Lebanon would be physically divided.

But Fairouz did not give in. She went on to sing peace songs during the 16 years of civil war. But she had taken a long break for concerts. In September 1994, she gives a concert at Beirut’s Martyr’s Square. This was a rebirth of hope or awakening of an ideal. Her music was nursing freedom and for the people “turquois” dreams were as close as Fairuz!

This name (Fairuz which means turquoise) was given by the teacher who discovered her skill to Nouhad Haddad. This color was representing her elegant voice but it soon became the color of dreams of a country. That is to say, Fairuz is a dream. Fairuz did not exist but only the hope of Lebanon!

Although she was singing for a certain nation, she was stressing universal values and unity. She always mapped a unifying Arab geography.

Each occupation made her songs bleed and each drop of blood screamed in her songs. Her sensitivity has always in line with humanity. Her songs are timeless. They are the synthesis of the East and the West.

These works were based on practices before staging unlike traditional Arab music based on improvisation.  Oud and qanun were replaced by local percussion instruments as well as accordion, piano, and end-blown flute.

Fairuz and Rahbani Brothers were cooperating with world-class Arab songwriters and composers during the 1950s and 1960s. Classical works of Fairuz in this period include Andaloussiyat, Ishar, and Safar Barlek which she worked with Mohammad Ghazi and Lebanese Popular Group, Rahbani Brothers, and Philemon Wehbe respectively. After the 1980s, she made albums like Kifak Inta and Maarifti Feek with her son Ziad Rahbani. These albums were characterized by jazz and orchestral tunes.

Fairuz is 86 years old now. A unique voice and artistic competence helped her to gain fame across borders and ideologies. Art of Fairuz indicates the existence and strength of a different kind of artistic conscious when art means no responsibility.

Lebanese youth listens to Fairuz songs today. The new generation remembers a past that never existed with her songs. They dream about the future with the help of this memory. Because she sings the common melody of all artists that resist and fight for a bright future:

M. Nedim Hazar is a Turkish writer, journalist and film critic based in Germany. 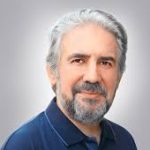