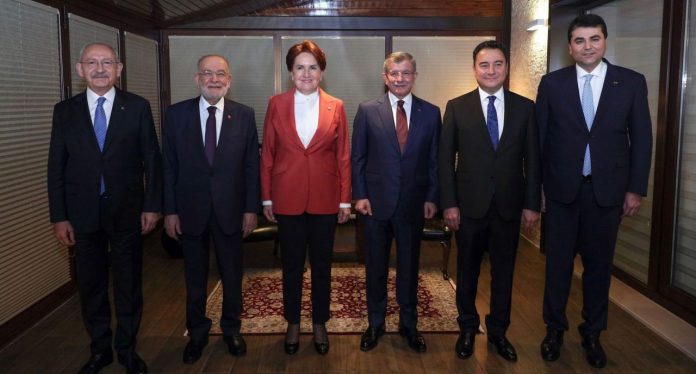 From the perspective of media-politics relationships, there is an age-old symbolic perception that says: “The pen is mightier than the sword”. Taking the bond between the two into due and commensurate consideration, holders of the pen (not penholders), the media, embodying practitioners and their houses, are ethically advised to keep away from sword wielders armed with political and military power. These are more than gladiators.

Why? Their major motive is self rather than the spectator satisfaction. Theirs is not the traditional sport entertainment; it is simply a ‘dirty game’, as politics is comically referred to. At the same time, media practitioners know that it is not possible to avoid the politician. That would be abdication. So, they have to keep the right distance, challenges notwithstanding. They are duty bound and must be ready to meet or face the challenges.

This is exactly how the world should be viewing what is currently going on (now intensely) in Turkey as the country sets foot on the fast lane towards next year’s presidential and parliamentary elections in the background of almost everything related to the rule of law and respect for human and civil rights is seriously lacking.

It is typical of authoritarian governments faltering on the social, economic and democratic delivery front to concoct an artificial common enemy to attract people’s sympathy and divert public opinion from real problems on the ground in order to give space to planned selfish, ill motives. So, in the wake of essential commodities’ shortages, for example, a government would turn to arresting women in skimpy dresses, arraigning and sending them to court for breach of cultural norms.

In the case of a mismanaged democracy and rule of law, governments would resort to portraying opposition parties and leaders as the public enemy number one in partnership with the media and treat both accordingly to enhance the desired goal of remaining in power, come what may. If necessary, they also wouldn’t hesitate turning the stick in the direction of minority ethnic and religious groups, so long is it works.

This is exactly what has, bit by bit, happened in Turkey under the nearly two-decade President Erdogan regime and his ruling (so-called) Justice and Development Party (AKP); and it is becoming more of a reality as the country moves closer to the June, 2023 presidential and parliamentary elections, against the background of Erdogan’s diminishing electoral fortunes. Apparently, the law of diminishing returns in elementary Economics seems also to apply to politics practice when many malfunctions, the likes of media gagging, opposition party closures, imprisonment of journalists, party leaders and even execution of politicians appear on a county’s political stage.

Scourge of the media

The media has had its share of government pressure all along. In terms of revenue, during the year 2020, pro-government papers received about 78% of public funds paid for official announcements while 97% of advertising bans were issued against five opposition outlets. Data at the end of 2016 – five months after the coup — showed 86 journalists in custody.

In the immediate past, President Erdogan, at the end of January, 2022, issued a decree urging media organs and regulators to take “decisive steps” against programmes that undermine Turkey’s national and moral fabric. The circular called on “all parties concerned” to prevent “harmful content” in print, audiovisual and social media and was calculated to demonstrate new efforts targeting to the promotion of children’s programmes upholding national and family values.

This was rightly seen in some circles as a smokescreen to quiet critical voices as the country heads to mid-2023 polls; a forerunner of stricter restrictions on independent media outlets. It was seen as not a judicial text but political posturing.  In the words of Veysel Ok, human rights lawyer and co-founder of Media and Law Studies Association based in Istanbul: “When you look at the greater picture in Turkey and take into account the recent attacks on the freedom of expression and efforts to polarize society between conservatives and liberals, this seems to the last piece of the puzzle.

“The intention is to instill fear so that no one dares to raise a critical voice. This circular is unconstitutional because you cannot suppress the constitutional right of freedom of expression by decree; still, I fear, it is a harbinger of more investigations, controls and closures toward the independent media.”

The circular timing was also questionable. Could it be part of the bigger plot? It came on the same day Erdogan replaced Justice Minister Abdulhamid Cul, who opposed the sidelining of the judiciary and within echoes of the termination of the head of the state statistics agency before inflation data was to be published.

According to the Executive Director of Kurdish Peace Institute based in Washington, Giran OZCAN: “The only way Erdogan can win the next election is if he is able to drive a wedge between the opposition bloc.”

This is reflected in the government effort to sow discord among the country’s main opposition-led coalition bloc. On June 14, this year, the top appeals court announced that CHP party leader Canan Kaftancioglu’s party membership was ended. The famous head of the Istanbul party branch, Canan was tried on charges of offending the president and the state over tweets posted eight years ago. Records show that since Erdogan became president in 2014, more than 160,000 cases have been investigated, and more than 35,500 gone for trial, resulting in more than 12,800 convictions.

At the end of it all, could Erdogan’s memory be fixed to the minus function? Turkish democracy has long suffered.  Erdogan himself had to serve jail time for four months in 1997 for reading an Islamic poem in public. So he knows what he is doing. Could he have forgotten this experience? Why has Turkey, if anything, become notorious for removing opposition leaders from their elected positions with its complex legislation especially criminalizing offenses against the president and the government?

Turkish government has had chance to remove three mayors from office for alleged links to a Kurdish armed group as authorities arrested more than 400 people amid a deepening crackdown on a pro-Kurdish party. In 2013 another pro-Kurdish Peoples Democratic Party (HADEP) was closed by the Constitutional Court for allegedly supporting PKK.

Due to the high propensity of sending people to jail on flimsy reasons, the government has found itself on the spree of constructing more prisons. The Ministry of Justice and press reports reveal that between July 2016 and March 2021 there have been about 100 additional facilities under construction by Erdogan’s government. The current rate is more than double that in the four years before the planned-to-fail coup. Over that period 64 prisons were observed via satellite imagery coinciding with mass arrests and political imprisonment already generating international alarm.

In 2919 prison population had surged from 180,000 after the coup to 300,000, making the country rank the highest among 47 members of the Council of Europe. Justice ministry gave the reason of decongesting prisons. Current construction programmes aim at raising the prison capacity by about 60% to 320,000 at a cost of between 11.2 and 13billion Turkish liras ($1.3-1.5bln).

Three-storied prison blocks in remote corners of the country at that cost magnitude being placed on the shoulders of the taxpayer when the economy performance is at the rock bottom? Can that be a product of a just and delivering prosecution, investigation and judiciary system? That is Erdogan’s and AKP’s Turkey today – planning for more prisoners.