Towards Turkish polls: “Divide et impera” at its best 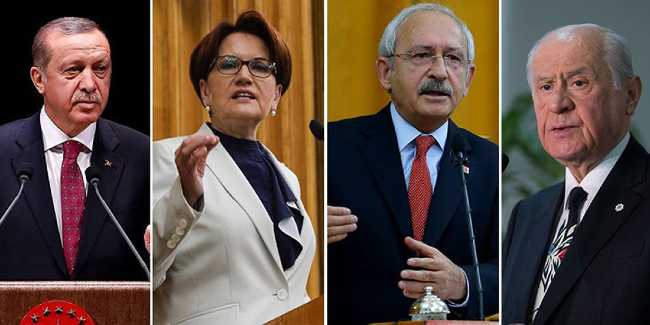 Call it a maxim. Take it for modus operandi – agreed upon must-ABCs of going about doing anything. Visualize it as multi-pronged tactic for achieving set civil goals or military targets. Or become a tautology victim by conceptualizing it as a strategic strategy. But generally, divide et impera — divide and rule – is the Latin language three-word formula that has been subjected to an across the board use for millennia.

With the Latin genesis, the best place to dig for its roots becomes excavating the Romans’ cultural sites and practices because they themselves and their language have since died. And what do we find?

When the Romans invaded the Kingdom of Macedonia in 168 BC they divided it in four republics which, they made sure, could not contact one another and other Hellenic states. Thereafter, citizens who were seen as being anti-Roman were denounced by their compatriots and ended up being purged ruthlessly.  How does this differ from the immediate situation before the controversial 15 July 2016 coup and thereafter until today with purges, prosecutions and persecutions of all people  and organizations perceived to have links with the Gulen Movement or PKK?

Through engaging divide et impera during the Gallic (French) Wars, Julius Caesar easily won because the Gauls were already divided among themselves. The task was like that observed by the African Indigenous Knowledge as “Osindika atandamire” — destabilizing a squatting person.  The narrative was such that Julius Caesar found it easier to deal with the small states which also lacked cooperation among themselves. By the time the states realized that they needed to fight as one against Caesar, time was not in their favour.  It was too late. This was about 52 BC.

Such high-speed victories won through engaging the divide et impera strategy, coupled with scenarios of states whose rulers were already divided, eventually prompted Julius Caesar to send the famous “Veni, Vidi, Vici” message to the Senate in Rome. As fate would have it, this is recorded to have taken place in Turkey in 47 BC, after a short war chronicled as the Battle of Zela, today’s Zile in the country.

In politics, divide et impera is a strategy that breaks up existing power structures and, especially prevents small power groups from linking up, causing rivalries and fermenting discord among the people. For example, if you make the Igbo and Hausa people collide, Nigeria becomes easy to rule. If you put the Tutsi and Hutu at loggerheads, ruling Rwanda is not a difficult task.

So, the Ottoman Empire often used the strategy of pitting Armenians and Kurds against each other. After the Republic of Turkey was established, this could no longer work because the Armenians were eliminated in what has been recorded in history as the Armenian Genocide. The irony of history is that the room that was created for Muslim refugees is the same source for the problem of Kurdish nationalism facing Turkey today.

Elsewhere in history, we find the British often instigating the Turkish minority in Cyprus to reduce the negative impact of the Greek majority agitation. Cyprus until today remains divided since the invasion of Turkey on 20 July, 1974, leading to the establishment of the North Cyprus state which is recognized only by one country in the world – the invader Turkey.

Maybe, Merriam-Webster, an Encyclopedia Britannica company, puts it very much better when it says the divide et impera strategy is: “Split the opposition so that it ceases to threaten your own power”.  And this is where Turkey’s President Recep Tayyip Erdogan plays best besides crossing the border into other related and more serious political maxims which are “Fac et excusa”, meaning act now and make excuses later and “Si fecisti, nega”. That is, if you commit a crime, deny it.

This is typical of Erdogan and his ruling Justice and Development (AKP) Party.  He draws the potential leaders of the opposition to his side. Thus we see Nurman Kurtulmus, former opposition party leader, joining AKP since 2012, becoming minister, deputy prime minister and nowadays deputy chief of AKP’s Suleiman Soylu, likewise former chief of Democrat Party. Soylu was minister of labour and social security and currently Minister of Home Affairs.

Erdogan has sacked elected mayors of the opposition and replaced them with loyal ones. Selahattin of HDP on 4th November, 2022, completed his sixth year behind bars for having told him off: “Mr. Recep Tayyip Erdogan, as long as HDP exists, you will not be president; as long as HDP members breathe in this land, Mr. Recep Tayyip Erdogan, we will not make you president…”

In early October, 2022, the Turkish government moved to lift the immunity from prosecution of 34 MPs, including the country’s main opposition leader, Kemal Kilicdaroglu.

According to data available at the Ministry of Home Affairs, between 8 April 2014 and 1 July 2022, legal action on terrorism charges has been taken against 676,411 people. The Judicial Registry and Statistics Directorate deliberately does not share regular and detailed information. Available records reveal 87,519 winning acquittals; 135,527 still under prosecution in the Investigation and the High Criminal Court; 117,208 convicted, going through appeals and court of cassation and 322,187 with no follow ups.

According to the data of the Directorate of Criminal Records and Statistics, Turkey has an incredibly high level of opened investigation files totaling 1,576,566 in respect of armed organization crime between 2016 and 2020.  Although more than one investigation can be opened against one person, other things remaining equal, suspected criminality level that touches about 3% of the adult population spells something wrong somewhere with the rulers or the ruled.

Turkey requested the return of 1,234 persons from foreign countries. A total of 1,133 files were sent to 110 countries.  Three extradition requests, involving two Romanians and one Algerian were accepted. According to the Ministry of Interior, 121 members of the community were smuggled into Turkey from 28 countries, except for official extraditions from the Ministry of Justice.

In early October, 2022, the government of Turkey submitted 65 requests to lift the immunity from prosecution of 34 Members of Parliament including the main opposition leader, Kemal Kilicdaroglu, head of the Republican People’s Party (CHP) and four others, 23 MPs from the Peoples’ Democratic Party (HDP), one from the Democratic Regions Party (DBP) which is the sister party of the HDP, one MP from the Turkish Workers Party, one independent MP and the leader of the ultranationalist Victory Party Zafer Ozdag. The government also submitted two other requests in respect of AKP MPs.

All this is being done under the disguise of the parliament being “not shelter for criminals” as declared by a member of the legislature’s Joint Committee of the Constitution and Justice Committee and deputy chair of the Nationalist Movement Party (MHP) which is an ally of Erdogan’s ruling Justice and Development Party (AKP).

Seven months to the parliamentary and presidential polls, the opposition in Turkey seems to have fallen in the divide et impera Erdogan trap. The question is: “Are they ready to undergo the 168 BC experience of the small, uncooperative states of France in their fight against Julius Caesar?  Or would they like to adopt what the opposition parties did in the Africa Great Lakes Region country, Malawi, field one presidential candidate and win? “Umoja ni nguvu” – unity is strength – observes Africa indigenous knowledge, concluding “utengano ni udhaifu” – contextual translation, the opposite of which spells weakness to the letter.